Microsoft Refreshes the Surface Pro For Business, Not Consumers 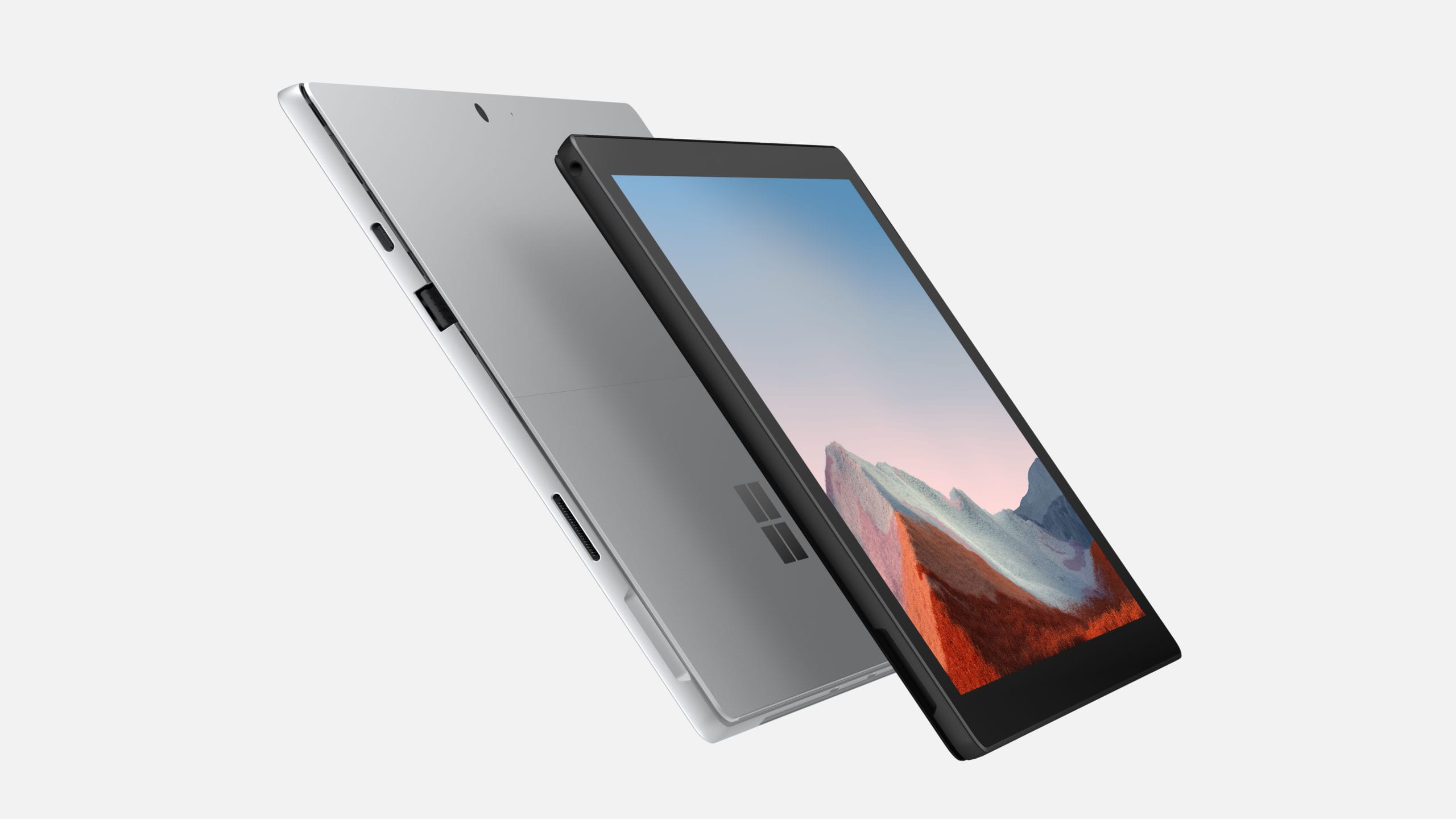 If there is one device in the Surface family that defines the brand, it would be the Surface Pro. The hardware was one of the first devices introduced many years ago and today, it continues to be the symbol of the brand.

If you were hoping for an overhaul of the iconic Pro, this is not the refresh that you have been waiting for but it is a refinement specifically targeted at its business customers. Inside the device are the new 11th gen Intel Core chips with up to 32GB RAM and 1TB of storage; the 7+ comes in either platinum or matte black.

On the connectivity side, there are USB-A and USB-C ports, MicroSDXC, 3.55 headphone jack, and the Surface Connect port too. Along with the ability to use all the peripherals you have already purchased, the 7+ will also be available with a version that has LTE Advanced connectivity.

But why not 5G you ask? That is a good question, but the reality is that 5G is still in its infancy around the globe and despite the heavy marketing attempts by carriers, I think this is the right move (for now) to keep LTE Advanced as that will help keep the cost lower instead of opting for 5G connectivity.

That being said, if you are planning to buy a Surface Pro with LTE and you expect the hardware to last five years in operation, you may want to pass on this iteration but if you are working on a more typical 3-year hardware rotation, LTE Advanced in 3 years should still be sufficient.

One feature that is new for the 7+ is the ability to easily swap out the hard drive. This feature first appeared on the Surface Pro X and is now available to business customers with the 7+.

With the new Intel chipset, Microsoft says that performance is up to 2.1 times faster and battery life will be around 15hrs. Keep in mind on battery life, this is typically measured with video playback; I would expect real-world performance to be somewhere around 7-8hrs based on previous device performance.

But it still feels a bit odd that Microsoft is offering business customers a new device while consumers are stuck with the older Surface Pro 7. As for exactly why they are splitting the channels more explicitly between consumer and business, one reason is that Microsoft said they were looking to get this product to corporate customers as quickly as possible because of the high demand for newer chips and the removable drive.

It’s not that big of a secret that the business side of the Surface sales channel makes up a significant portion of the overall sales for the Surface brand and the Pro is a favorite device in that category. And this isn’t the first divide between consumer and business offerings, Microsoft has only previously offered AMD chips in consumer products.

But it still may not sit well with those on the consumer-side who upgrade with each Surface Pro release. That being said, that community is likely much smaller than the sales Microsoft sees in the corporate channels which could justify this move.

Interestingly, Microsoft is once again not offering a vPro iteration of the Surface Pro for corporate customers nor are they using their own Secure Core solution either.

Pricing for the 7+ will start at $899 for the non-LTE iteration and $1149 for the LTE advanced with availability in many regions around the globe but check with your local distributor for specifics.