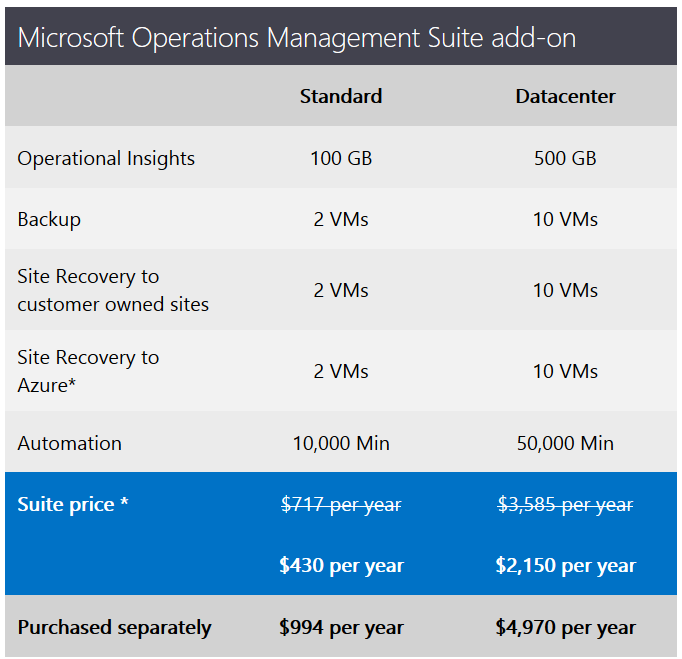 Within the last few months, Microsoft has released a number of new Azure features for extending or adding functionality to traditional on-premises IT. Microsoft sometimes refers to these kinds of features as “on-ramp” services, as they’re the sort of cloud technologies that IT staff are less likely to fear. These services also provide staff with the ability to discover and dip their toes into the potential of the public cloud, where Microsoft hopes that they eventually embrace more cloud features. In my own experience, these are the kinds of elements of Azure that Microsoft’s value added reseller partners are developing services around. So let’s talk about these recent additions and how they relate to IT pros today.

I started promoting Azure to Microsoft resellers when Azure was made available through open licensing. The then pricing of Azure Backup, which has been reduced numerous times since August 2014, absolutely hammered the competition. However, there have been a few issues that greatly restricted the number of enterprises from using the very affordable online backup solution:

Some Microsoft’s announcements are aimed at solving these issues. New features will be added to Azure Backup later this year:

Note: The original text of the Microsoft announcement on Azure Backup stated that these features would were available now for customers of Azure OMS Add-On for System Center. The text has since been changed to state that all Azure Backup customers, including OMS Add-On, will get access to these improvements later in the year.

The most intriguing piece of news is that a future release of System Center Data Protection Manager (DPM) will be able to perform agentless backups of vSphere virtual machines. Many VMware customers deploy System Center for monitoring and orchestration, and soon, they will be able to add backup/restore services, including the ability to forward selected data to Azure Backup.