Microsoft Looks to be Launching Universal Printing, from the Cloud 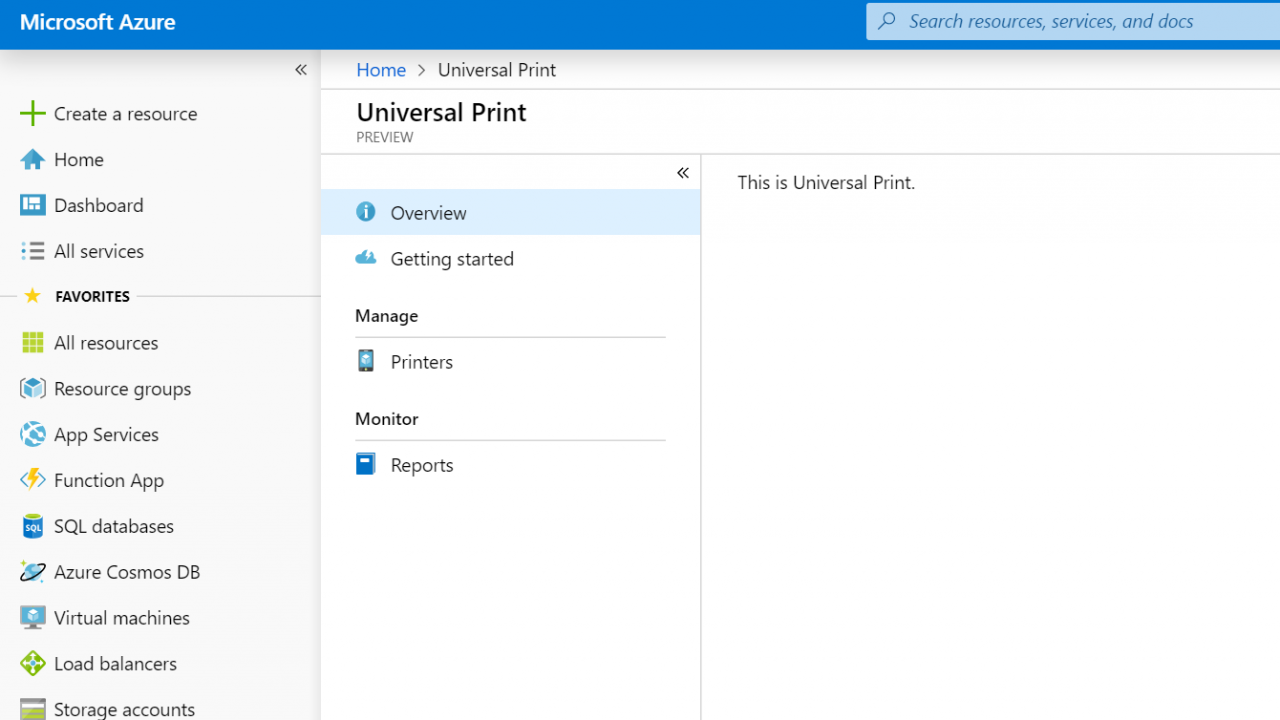 While Build may be kicking-off next week, it looks like some of Azure’s upcoming announcements are showing up a bit early. And if you like printing, this new feature coming to Azure will make you squeal with joy, or possibly rage.

A new feature that is marked as ‘Preview’ has shown up in the Azure portal and it is called Universal Print. As the name suggests, this process appears to make it much easier to print content with nearly any device connected to your Azure instance.

This feature is likely an evolution of something Microsoft released last year that made it easier to print to on-prem printers from Azure AD-joined devices.

If you do log in to the portal, none of the features are documented yet and simply say “This is Universal Print”. Considering Build is taking place next week, it’s likely that this feature will become available sometime next week. Or at the very least, it will be properly documented so that we have a better understanding of the complete feature set.

Build takes place in Seattle from May 6th-8th and if you aren’t doing anything on Tuesday evening, we are having a meetup.