Microsoft Band 2: Exercise And Productivity On Your Wrist 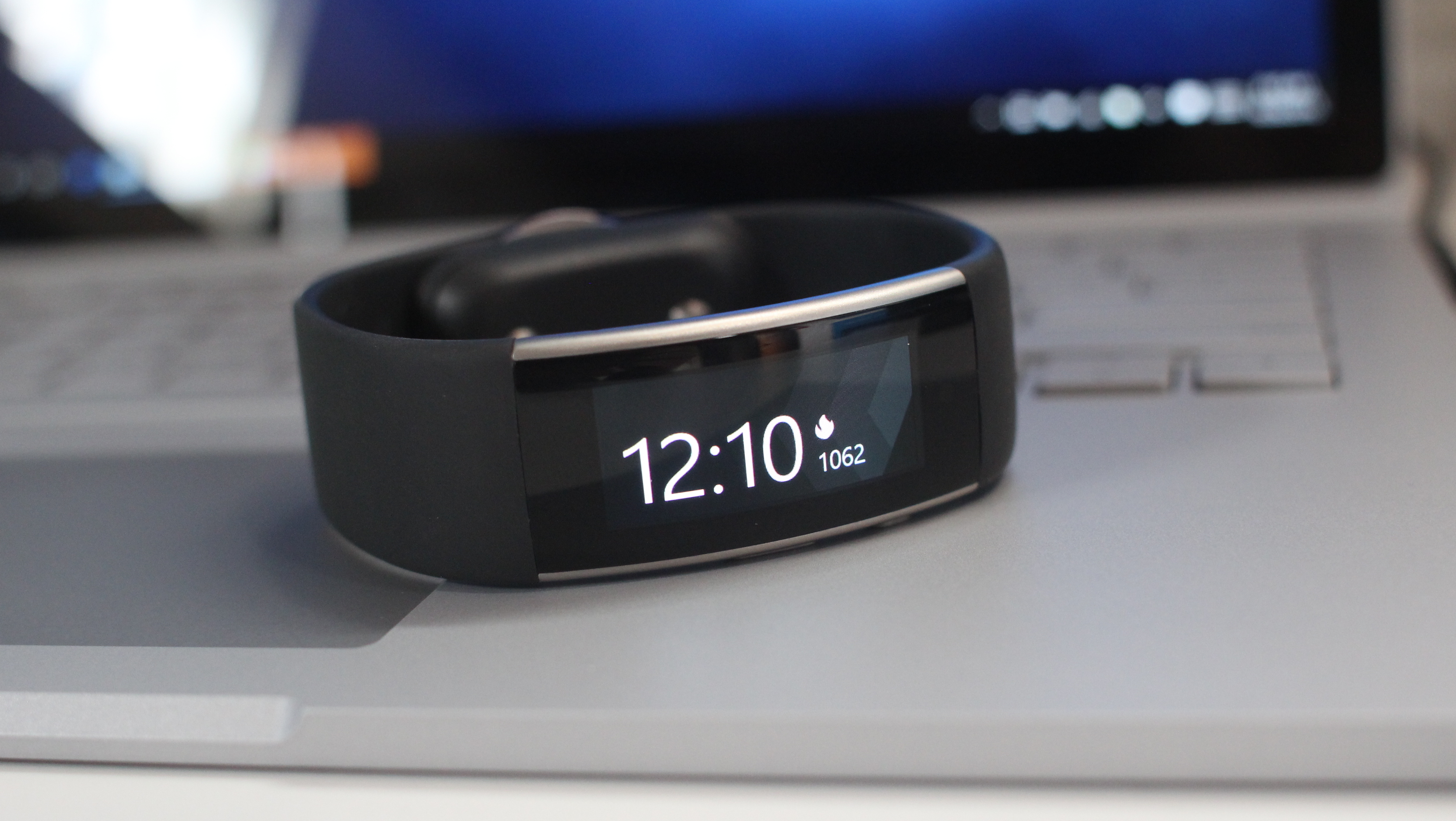 It was during the World Series of 2014 with an awkward announcement that Microsoft introduced the world to the Band, a fitness device that was a little bit rough around the edges, but it did sell out quickly. The device was the company’s take on building a fitness wearable, but it didn’t stop there, Microsoft also included features like the ability to read your email, see SMS messages, interact with Cortana and more.

In early October, the company announced the successor to follow up the Band, and it improves on nearly every aspect of the original device. Everything from ergonomics of the device to the display have been improved and a few more sensors have been packed into the device as well.

The Band 2 is an all new device, the screen is rounded, the batteries have been moved to the bottom of the strap, stainless steel now makes up a significant portion of the top display area as well as the bottom clasp, a barometer is now included and overall, it’s simply a better Band. In total there are eleven sensors in the small device that include heart rate monitor, accelerometer, gyrometer, GPS, light sensor, skin temperature monitor, UV sensor, capacitive and galvanic skin response sensor, a microphone and also a haptic vibration motor. In short, the band has just about any type of sensor you could dream of packed into a tiny package.

The band portion of the device is made up of thermal plastic elastomer silicone vulcanate (TPSiV) that is soft and has a rubbery feel to it; it’s highly flexible, too. While the ergonomics are significantly improved over the original Band, it’s still not perfect as the galvanic skin response sensor (the part by the clasp) becomes uncomfortable to rest your arm on while typing and if you go screen facing down (which is the way I prefer to wear the Band 2), you live in fear that the screen will be scratched which is an issue that plagued the first band. 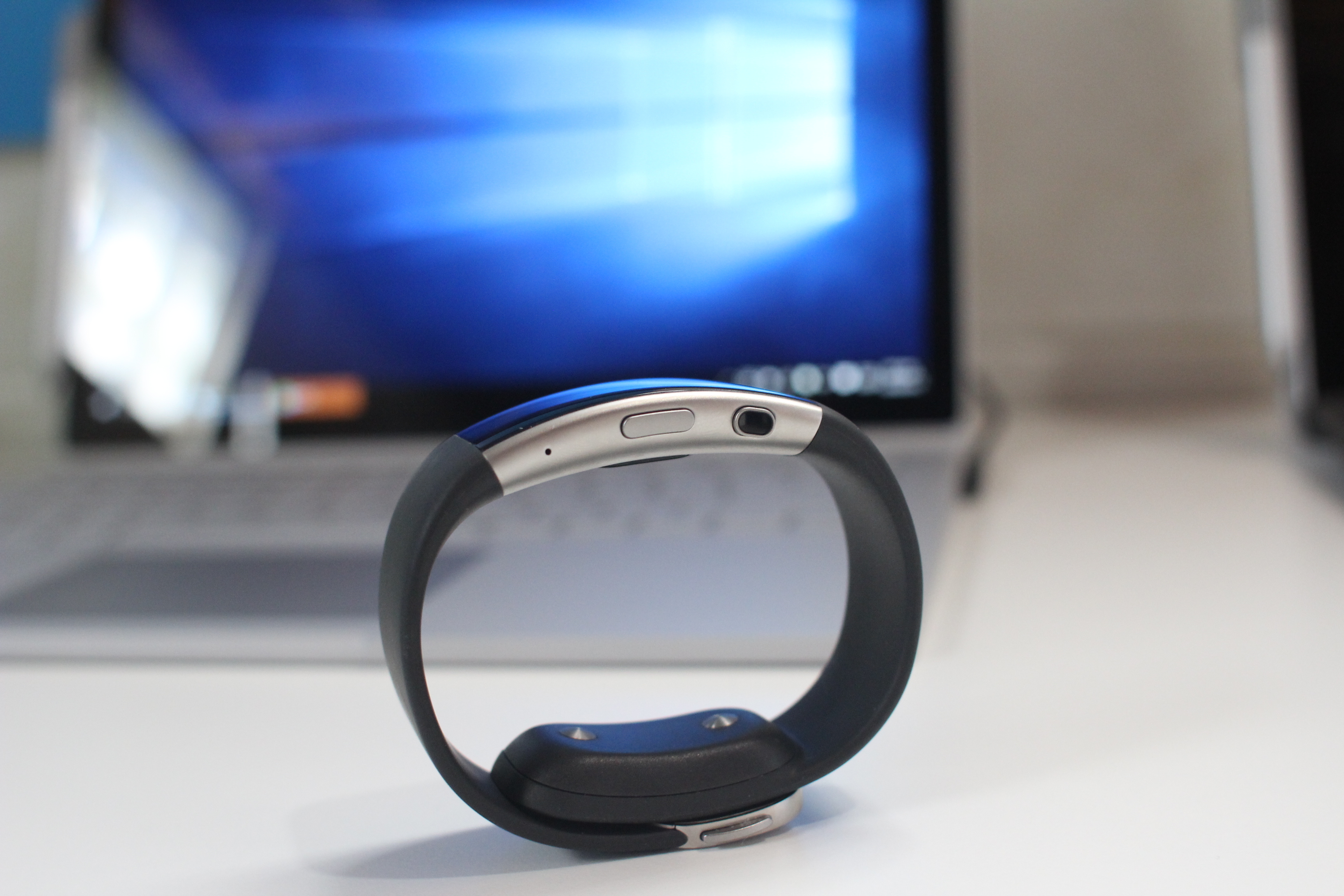 No matter what way you wear the band, when typing, you will know exactly how many times your wrist comes off the desk as screen or clasp constantly bang on the desk. Of course, this latter issue is not unique to the Band 2, but the materials do seem to amplify the issue. But when compared to the original Band, wearing the Band 2 while typing is at least palatable now, unlike with the original Bands that had a flat screen that I could not wear at all. So, if you are okay with the constant tapping on the desk, the Band 2 is a large improvement in this area over the original. 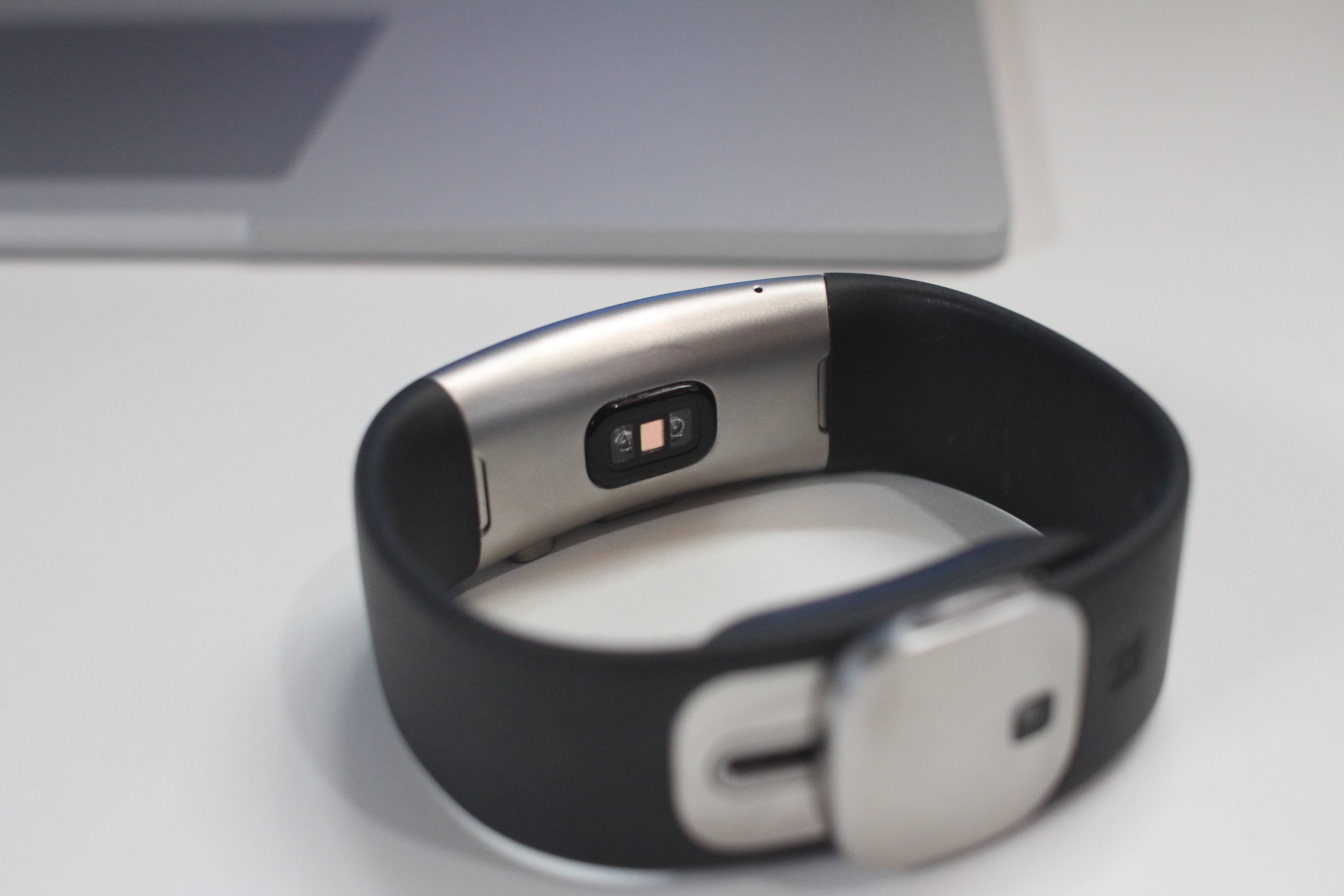 The display, which has an improved resolution of 320×128 (prior generation was 320×106) is bright and works well in nearly all lighting conditions. Reading texts and email is still a bit odd with such a small screen but can certainly be done. Viewing other content like your current vitals or how many steps you have taken is a much better experience as the text is larger.

Navigation is similar to that of the original Band, but the curved screen makes the gestures feel more natural; the interface is fluid and I rarely noticed any lag. The buttons on the side of the Band are also made out of metal and have a very satisfying click to them; the toggle button has a black accent on the end of it.

The convenient thing about the Band 2 is that it works with any modern smartphone, which means you aren’t tied down to Windows Mobile if you want to buy the fitness wearable. Microsoft has its Health app on iOS, Android and Windows Mobile, which is what the Band uses to log all of your vitals. 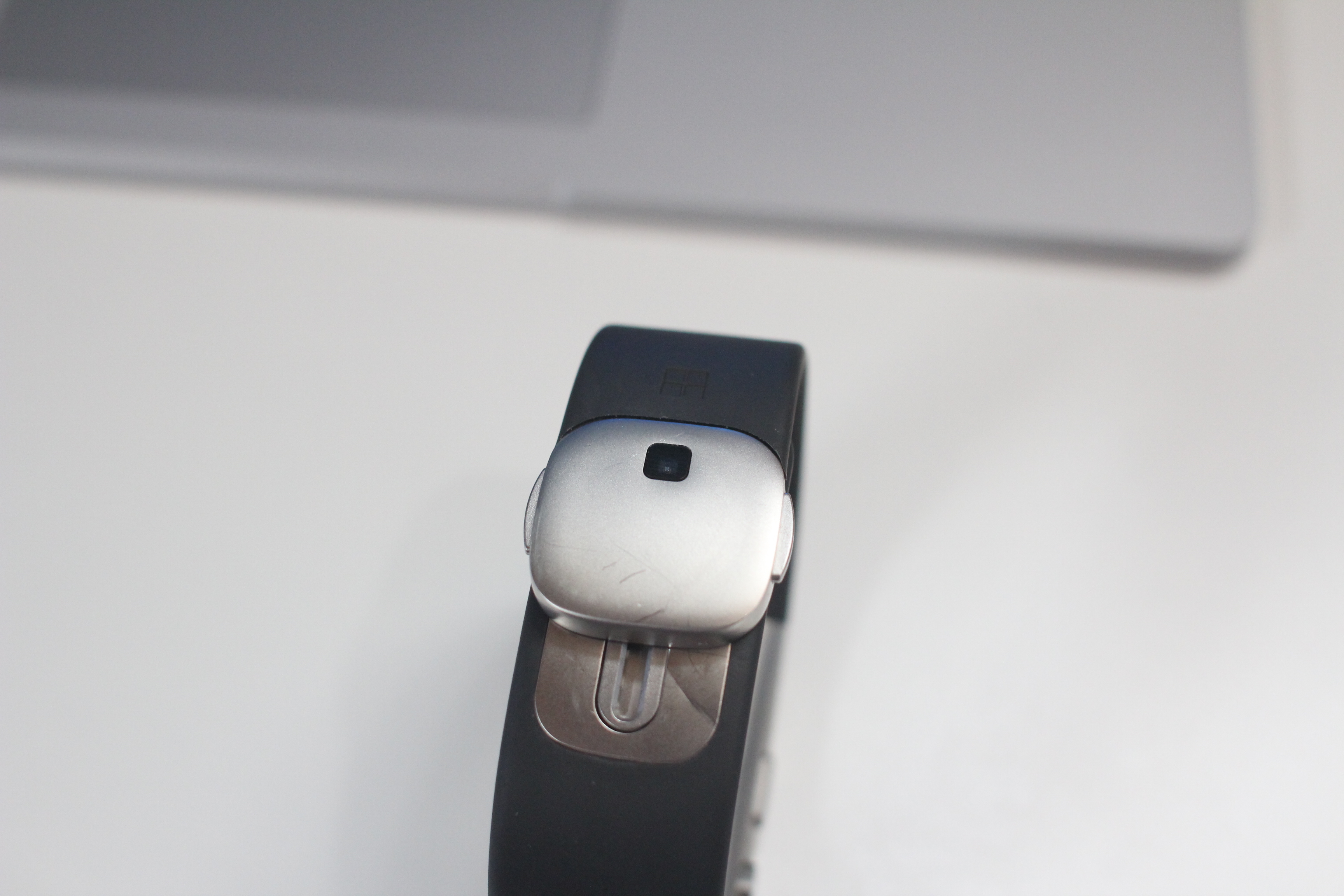 The Band 2 is a good fitness device that also does quite a bit more. The integration with email, SMS, and your calendar makes it what I would call a fitness+ device. You can track your health, monitor your entire day at a glance with the integrated apps, and it does so with great battery life (I’m easily getting a day, closer to two full days). At $249, it’s not the cheapest device on the market but for what it does, it moves much closer to the smartwatch category, and when you compare those prices to the Band 2, it’s an easier pill to swallow.

But the Band 2 is not prefect, the ergonomics, while improved, are still not great while sitting at a desk but they are perfectly fine while running, cutting the grass or sitting in a meeting, which is something even the original band struggled with as it was quite uncomfortable after several hours. The clasp, unfortunately, is easily scratched and after about two weeks of use, the inside of the clasp is badly scratched; the external bit is already showing signs of wear.

Fortunately, the most important part of the Band 2, the display, has not shown any scratches yet, which is one area the original Band came up short.

The Band 2 is a good fitness+ device, it’s not as capable as a dedicate smartwatch, if that’s what you are looking for, but if you want a wearable that tracks nearly everything about you, then the Band 2 is a good choice, as it can do so with great battery life and works with nearly any smartphone. Microsoft has found the right balance between vital tracking and productivity features, if only they could overcome the last hurdle and make it a tiny bit more comfortable.