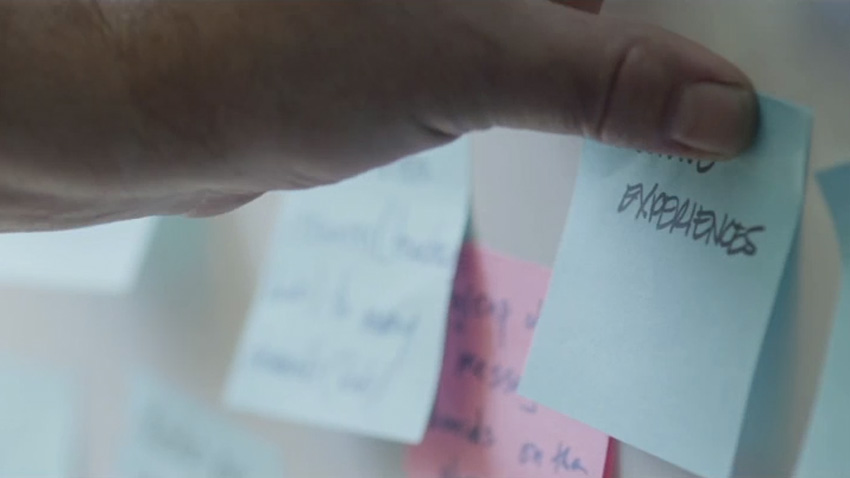 A recent leak reinforces an emerging view of Microsoft as being on the cusp of a new era of productivity. That is, while Microsoft is working to move its most successful traditional software products to popular mobile platforms and to the cloud, it is also working behind the scenes to effectively undercut those offerings with entirely new productivity solutions that address new scenarios and have no direct link to its past.

This transition from traditional software products to what Microsoft calls the “mobile first, cloud first” era is a delicate balancing act. The software giant must continue reassuring its customers of a path forward while convincing shareholders and potential new customers that it is not wedded to the past.

And today, Microsoft is known mostly for the past: Windows, which defined the personal computing industry for over 25 years, and Office, the entrenched productivity suite that in more recent years became the company’s single biggest business. But both are being assaulted by mobile devices and cloud services, rival platforms that aren’t beholden to the past or increasingly outdated ways of doing things.

Microsoft has credibly and publicly responded by making its software—especially Office and its other productivity offerings—available on popular mobile platforms. As of today, you can get high-quality Office apps on iPhone, iPad, Android handsets and tablets, the Mac, and on the web, in addition to the expected entries on Windows and Windows Phone. And for individuals, these offerings are completely free.

On the surface, these moves are somewhat shocking, given Microsoft’s years-long “Windows only” strategy and decades of steady software licensing revenues. But more shocking, I think, and more emblematic of Microsoft’s desire to play an important role in the future of computing, is the work the software giant is doing to rethink productivity in particular.

The first obvious sign of this new direction arrived last October, when Microsoft shipped an incomplete preview version of a new Office “app” called Sway. Sway isn’t a traditional Office offering in that there still isn’t a Windows (or Windows Phone) client app version: it’s available only on the web and, paradoxically, on Apple’s iPhone. And Sway doesn’t create documents that can be accessed offline let alone downloaded to devices. These documents, called sways, exist only in the cloud.

Sway lets you create interactive, cloud-based stories that combine a multitude of content types while letting the app control the layout and design. It might be seen as a replacement for PowerPoint, and unlike that old-school solution, Sway doesn’t require years of expertise to create professional looking documents—er, sways. It is quite literally a new way of doing things, one that is in no way beholden to the past.

Since its October introduction, Sway has been updated numerous times, in keeping with what I still think of as the “Internet speed” at which online services are updated. It’s improved so much that Microsoft announced earlier this month that Sway would become part of the commercial versions of Office 365, so that organizations can host their own sways internally and control how they are shared.

Sway has so far existed in a bit of a vacuum, however. It has gone largely unnoticed by the world at large, and most of the press coverage of Microsoft’s productivity moves since that time has focused on those Office mobile apps. But as it turns out, Sway isn’t the only indication of a new Microsoft emerging from the old: this week, a second new-style productivity solution emerged, albeit in leaked form. It’s called Flow.

Flow was first discovered by @h0x0d on Twitter. According to the documentation he uncovered, Flow is a new kind of email solution designed explicitly for phones. So as Sway is essentially a replacement for PowerPoint—or even Word—Flow might be seen as a replacement for the email parts of Outlook though, for now at least, it will work alongside Outlook.

“Use Flow with anyone, it’s email,” the documentation notes. “Reach anyone with an email address and all conversations for you and others are also in Outlook. Together, you can use Flow and Outlook interchangeably to participate in the same conversations.”

Flow will also offer “fast, fluid, natural conversations” with “no subject lines, salutations, or signatures. Flow is designed for fast, light-weight conversations in real time.” It will let you “focus on what’s important” as well. “Only conversations started in Flow and their replies show up in Flow, not your whole inbox. Focus on your most important person-to-person conversations without the noise.”

Flow might be seen as the analog to Google’s Inbox app, which the search giant offers as a more efficient alternative to Gmail. But as Microsoft watcher Mary Jo Foley points out, it is in some ways the email complement to Skype Qik, a video chat app for mobile devices that is “as lightweight and convenient as SMS and IM.” These solutions are, in other words, a reimagining of traditional software solutions for the mobile first, cloud first era.

Which is of course the point.

Microsoft isn’t talking on the record about Flow, and it’s unclear when the software giant intended to officially unveil this solution. But it’s fair to say that while moving traditional software offerings to mobile devices and cloud services is understandable and even necessary, the future of Microsoft will hinge on its ability to deliver new innovations. And Sway and Flow—and Skype Qik—are, I think, some of the first steps in this new direction.