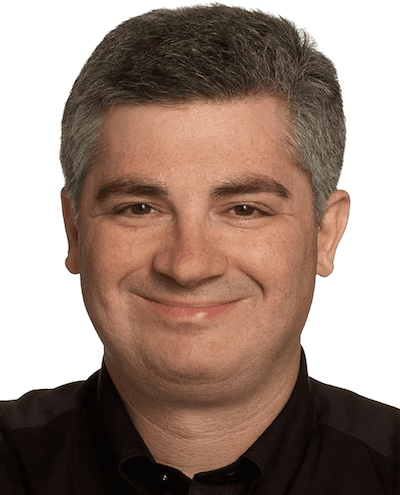 Whether you’ve embraced the cloud computing model or still have reservations, you have to admit that one of the companies driving innovation in IT these days is Amazon, which pioneered the public cloud Infrastructure as a Service (IaaS) model. Amazon Web Services (AWS) is actually a brand name that encompasses several other specific services, including Elastic Compute Cloud (EC2), the Simple Storage Service (S3), and the Amazon Relational Database Service (RDS).

Amazon first launched AWS in 2006, and early adopters included developers drawn to the ability to test and launch apps quickly in the cloud, or startups that wanted to leverage Amazon’s massive server infrastructure to host their services, such as Netflix and Pinterest. Over the years AWS has also been used to host more traditional IT workloads in the cloud, and that trend will likely continue.

Fight for the Cloud: Amazon, Google, Microsoft, and VMware

Amazon isn’t alone on the cloud IaaS market, and companies like Google, Microsoft, and VMware are doing their best to compete with the market leader. Google has taken the wraps off the Google Cloud Platform, Microsoft Azure is hitting some impressive growth numbers,  and VMware’s vCloud Hybrid Service (vCHS) has the benefit of leveraging VMware’s entrenched position as the leading virtualization provider for the majority of mid to large enterprises.

Yet despite recent efforts by VMware and Microsoft, Amazon’s lead in the IaaS market is a massive one. A recent Gartner report puts Amazon far ahead of its rivals, saying that Amazon was “…the overwhelming market share leader, with more than five times the cloud IaaS compute capacity in use than the aggregate total of the other 14 providers in this Magic Quadrant.”

Amazon’s growth into Microsoft and VMware’s turf has led to some skirmishes, ranging from criticism of how Amazon has marketed their new WorkSpaces service to a war of words with VMware over a new Amazon migration tool for VMware vCenter that lets admins move VMware vCHS workloads easily into AWS.

We’ve covered Microsoft Azure, VMware vCHS, and other cloud computing services on a fairly regular basis here at the Petri IT Knowledgebase, but we wanted to hear from Amazon directly about what they thought about the current state of the enterprise cloud computing market, so we reached out to Amazon to get their take.

What follows is a lightly-edited transcript of an interview I had with Amazon’s Jeff Barr, the Chief Evangelist for Amazon Web Services. The interview was conducted on-site at Amazon’s offices in Seattle, WA, and this first portion of our two-part interview will cover cloud basics and tips and advice for Windows Server administrators who are new to the cloud and might be considering moving workloads to AWS. The second part of our interview will cover Amazon WorkSpaces and Amazon CloudFront, and will be posted a bit later this week.

Jeff James: What sort of advice would you give to a Windows system administrator who may not be that familiar with the cloud, but he wants to put some IT resources there into AWS? If you’re giving him advice on how to go about doing this and also to give him some background on what AWS offers for him, what would you say?

Jeff Barr: Let me think of the best way to start. A system administrator is in the service role, and they generally want to be really responsive. But a lot of things that have previously been outside of their control end up making them to be not as responsive as they could be. To me, it’s a matter of how quickly can they respond to their requests, how flexible can they be with things like system configuration, with geographic location of resources, with choice of operating systems, with patch levels and pre installed apps, and with how long those servers might be needed.
All of these questions in the old world [view of IT provisioning]…let’s think of it as the static provisioning world, or the “rack it and stack it” world [of IT]. All of those questions were generally replied to with: “It’s going to take us a while to get your servers, and we have a very limited set of standard configurations of hardware and software. We have the corporate data center, and it’s located wherever it happens to be, and if you need resources somewhere else around the world, it’s a special case or an extra expense.” [Or in some cases, the answer is] “Hmm, that’s interesting, we’ll have to figure out a way to solve that for you.”

James: So the answer there is “We’ll have to get back to you on that.”

Barr: The system administrator, they’re torn. They want to actually be the service function with an organization. They want to be super responsive. On the other hand, they’re constrained by the physical realities of where the company owns data centers, and how much hardware they own, how many different types of hardware are actually arranged to have at the data center.
Then you get the financial constraints. “If we give you a server, you need to put that in your budget for the three year or five year term of the lease on the hardware, so we can fully depreciate it, and go through all the accounting processes to make sure it’s your server for the lifetime. To me, all those things together really hamper innovation.
When someone has a cool idea for something new, and they want to bring it online, whether it’s online for the whole world to see, or it’s online for internal corporate purposes…all of these “maybe,” “maybe not’s,” or “it’s going to take a while,” or “yes, you can have the server, and you can have it for the next five years…”
Each and every one of those answers [contributes to an] accumulating friction factor that gets in the way … of the optimal path from awesome idea, to implementation, to realized great idea. All of these friction points along the way – the difficulty of acquiring [hardware], of paying for hardware — is what the Cloud obviates.
All these things in the middle are barriers, gates you need to pass through. The cloud means none of those are issues anymore. Wherever in the world you need to be, we’ve currently got ten public locations for the AWS Cloud in the US, in Europe, in South America, and throughout Asia.

The system administrator, maybe we’re talking about a small organization, maybe the data center is actually a closet, or maybe it’s something under this person’s desk. They’ve suddenly said, “OK, you need resources at any of these locations and you need them in an hour? Fine, we can deliver. That’s a solved problem for us.”
Or, “You need some machines with an incredible amount of CPU power, and you need some with lots of RAM, and you need some with a huge amount of disc space?”
“Oh, fine. Let’s just choose from the menu, here. Click, click, click. Oh, and you need a thousand of them? Oh, OK. That’s not such a big deal, either. We can solve that problem.”
We go from these beleaguered system administrators at the “Department of No” to “Yep, we’ve got it for you.” We can make this happen.

The Amazon Web Services logo, as seen on a wall next to the elevators inside the Amazon offices in Seattle, WA. Tip for visitors: Get in the correct bank of elevators for reception or you may end up traveling around a bit, not unlike the glass elevator in Willy Wonka. (Photo: Jeff James)

[So system administrators can assume that] role within an organization. They’re suddenly an accelerant, rather than a barrier to innovation. I think that’s awesome. I think there’s also a career opportunity here. I’ve talked to folks in these situations, and sometimes individually they recognize some of the benefits of the cloud. They’re starting to ask questions. What does this mean for my career when what I used to do was basically racking and stacking servers, putting CDs in the drive, and installing Windows?
My answer is pretty much always the same. You could see this as a threat, or on the other hand you can see this as actually a really interesting opportunity where you can go from not being able to say “yes” as often as you want to be able to, to the ability to develop a sophisticated understanding of the Cloud.
I often tell audiences I speak to that part of the key to understanding the cloud is that it’s not simply about technology. It’s new technology plus a new business model.
You need to understand the fact that when you can do pay as you go based resource allocations, a lot of things that might not have been practical in the past [are now possible.] In the past, someone in the business may have come to IT and asked “We need a thousand servers this afternoon, because we’re running this incredible special promotion.”
Or, “We need a thousand servers because we’re doing this one time training.” Traditional IT just doesn’t have that flexibility.
Understanding the economics, and saying, “Yes we can give you a thousand servers for two hours, or we can give you one server for a thousand hours, and the actual price is the same.”
Being in the position to be able to verbalize and quantify that to the organization, I think, really puts the System Administration that says “I want to move forward” in an awesome position, a position where they can say “OK I know the Cloud. I can make it happen. I can make these things happen really fast and really economically for you.”

James: Isn’t this new role almost like being an IT services broker? Ideally they’re managing on-site, on-premise IT resources, but they can also broker what is going into the cloud.

Barr: That’s right…It doesn’t matter where they get [those resources]. Does it come from the corporate data center? Or, does it come from the Cloud? If they can get over that speed bump they can suddenly say “Oh, this actually a huge opportunity for me. This is my stepping stone to a much more interesting future.”

We’ll be posting the second part of our interview with Amazon’s Jeff Barr later this week, in which we discuss Amazon WorkSpaces and the CloudFront CDN.