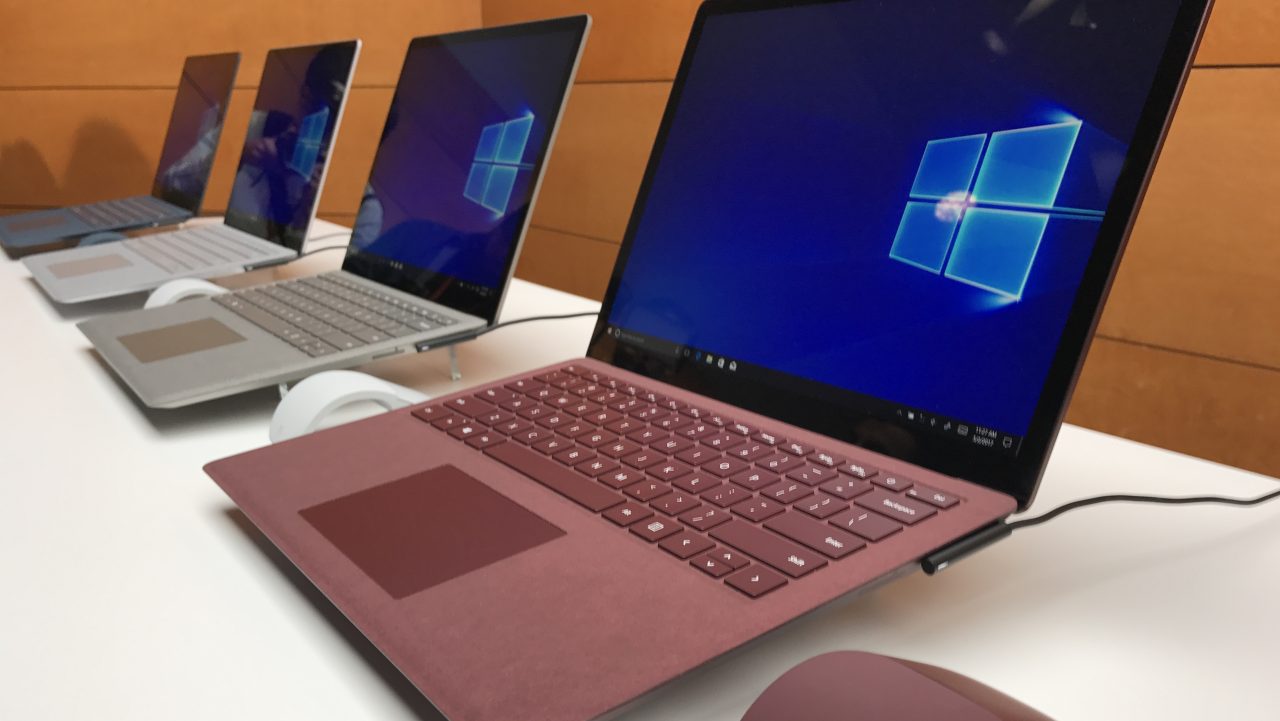 Not everybody is happy about the way Microsoft pushes out updates to Windows 10. What with the biannual feature updates, which bring a new major version of Windows, and monthly quality updates, some people feel that Microsoft is taking away control from users. And if you are running Windows 10 Home, then you can’t defer updates. But while Microsoft’s new update model might seem draconian, you can control whether Windows Update downloads and installs new device drivers, even in Windows Home edition.

Hardware manufacturers release new drivers and sometimes certify them for inclusion in the Microsoft Update Catalog so that they get automatically installed on relevant devices. While there is much to be said in not touching something that isn’t broken, sometimes a driver update is required to fix a major bug, improve stability, or plug a serious security vulnerability. But I don’t recommend changing the default Windows Update settings unless you are experiencing a specific problem related to an updated driver.

If you want to hide a specific update rather than all driver updates, you can try Microsoft’s Show or hide updates troubleshooter.

If you have identified that a new driver is the root cause of a problem, you can use Group Policy to prevent Windows Update downloading updated drivers. The setting I will describe below is only available in Windows 10 version 1607 and later. For the setting to be effective, the Allow Telemetry setting must not be set to 0. For more information on managing telemetry settings in Windows 10, see Windows 10 Tip: Manage Telemetry Settings on Petri. In Windows 10 version 1703 or later, telemetry doesn’t have to be enabled for the Group Policy setting below to take effect. 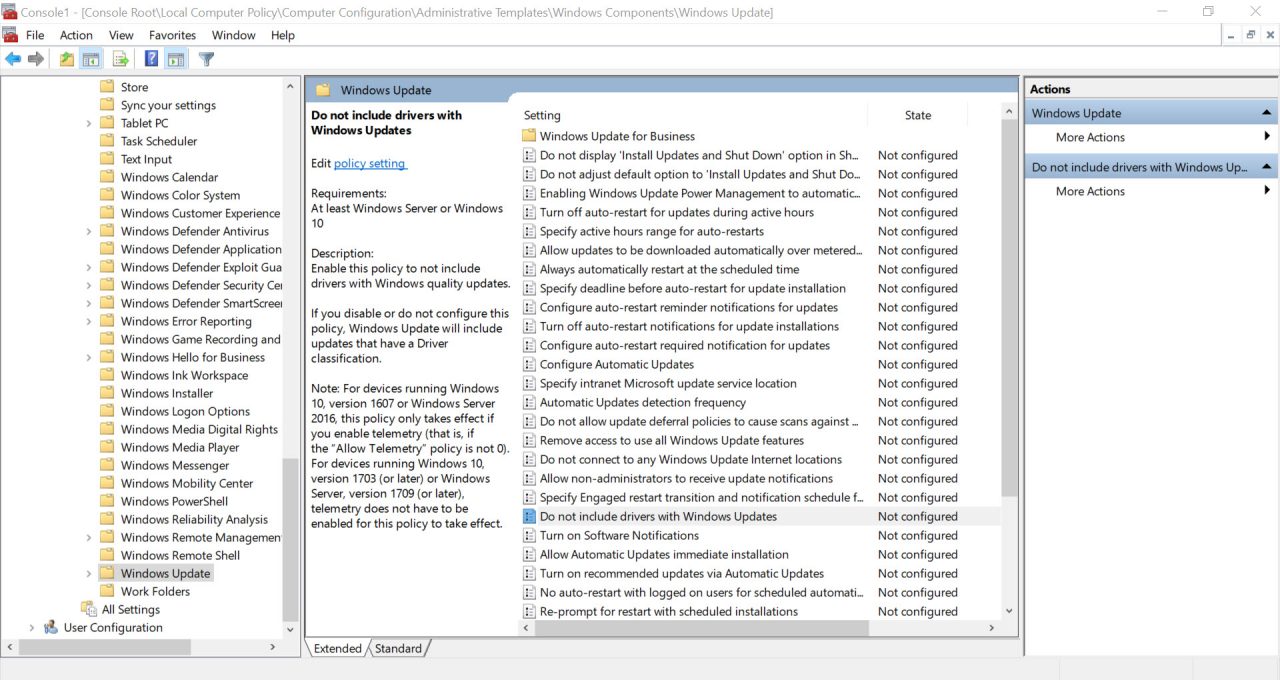 Set ‘Do not include drivers with Windows Updates’ in Group Policy (Image Credit: Russell Smith)

To stop Windows Update downloading drivers, enable Do not include drivers with Windows Updates under Computer Configuration > Administrative Templates > Windows Components > Windows Update. If you want to change the setting in local policy, open the Group Policy Object Editor by typing gpedit.msc into the search box in the bottom left of the taskbar. Right click gpedit.msc in the search results and select Run as administrator from the menu. Give consent or enter administrator credentials in the UAC dialog as prompted. Once you’ve enabled the setting, it will be applied the next time policy is refreshed on the device. 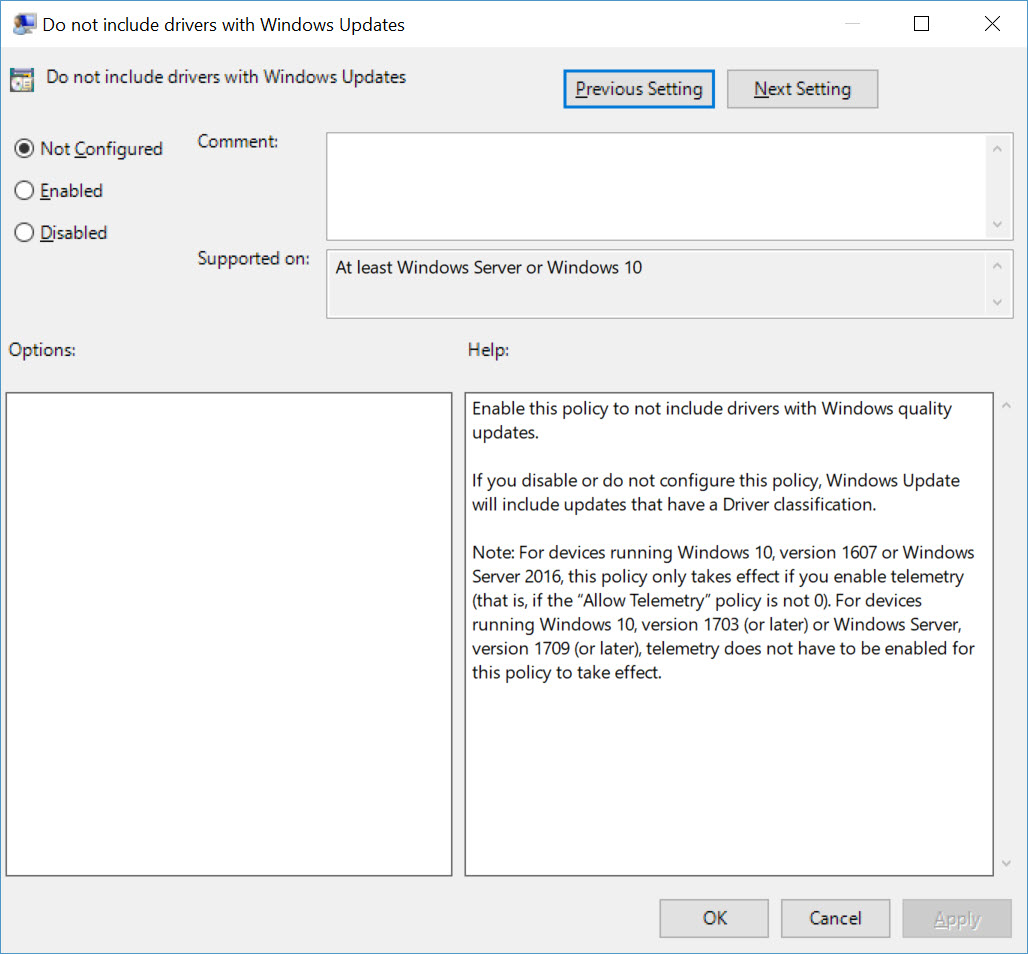 Set ‘Do not include drivers with Windows Updates’ in Group Policy (Image Credit: Russell Smith)

For more information on how to work with Group Policy settings and the Group Policy Object Editor, take a look at How to Create and Link a Group Policy Object in Active Directory on Petri. If you are using Mobile Device Management (MDM) to manage Windows, you can find the setting under ../Vendor/MSFT/Policy/Config/Update/ExcludeWUDriversInQualityUpdate.

It’s worth noting that even if you enable Do not include drivers with Windows Updates, Windows Update will still download what Microsoft refers to as ‘inbox drivers’. These drivers are included with feature updates and some quality updates and are required for the update to install correctly.

If you don’t have access to Group Policy or the Group Policy Object Editor, then you can add a value to the registry to enable Do not include drivers with Windows Updates. Before modifying the registry, always make sure you have a full system backup of Windows. The easiest way to add the value is to copy the text below into Notepad and save the file as EnableDoNotUpdateDrivers.reg

Double click EnableDoNotUpdateDrivers.reg to add the value to the registry.

Set ‘Do not include drivers with Windows Updates’ in the registry (Image Credit: Russell Smith)