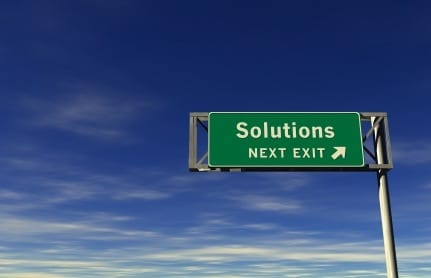 We’re back with my op-ed series on how and when things went wrong for Microsoft. In part one, I discussed the mistakes made with Windows 8, Windows Phone, and tablet devices. In part two, I talked about the Surface and Microsoft’s marketing fumbles. But enough complaining. In this final part, I look on the bright side and suggest changes that Microsoft could make to bring them back to a competitive position.

Microsoft’s Mistakes: It’s Not All Doom and Gloom

The shareholders who have revolted against Steve Ballmer and the Microsoft board have focused on Microsoft’s failings with the consumer. In the business space, Microsoft is making so much cash that buying a nearly bust Nokia is like one of us trying to decide if we’ll get something nice to nibble on when we fill up the car.
There are over a dozen businesses within Microsoft that are making over $1 billion per year. Office 365 is doing huge business, even taking sales away from Exchange in the enterprise. Server and Tools (including Azure, Windows Server and System Center) is doing huge business. The cash is rolling in and it’s not hard to understand why some are saying that Microsoft should dump devices and consumer operations to become more like IBM. Microsoft might claim to be a devices and services company, but software is where they actually make their money.
There are some dark clouds on this otherwise sunny horizon. Microsoft is close to alienating those enterprise customers. The “cloud or nothing” approach doesn’t fit every business; in fact, with recent events, most businesses would be concerned with having anything to do with an American-owned datacenter (location is irrelevant). But more than that, changes by Microsoft appear to be aggressively forcing customers into deploying into Microsoft’s public cloud services instead of deploying on-premise. IT pros are wary of programs being cancelled, such as TechNet subscriptions and the Microsoft Masters. And now we’re seeing product quality taking a huge hit, with dreadful patches being released for Windows, Exchange, Windows Server, and System Center.

Reports of Microsoft’s death have been greatly exaggerated, mainly by Apple fanboys posing as journalists who know nothing of the huge revenues Microsoft earns from business software. But Microsoft can resolve the issues they are facing.

Understand the Difference between Tablets and PCs

I understand the need for touch in Windows 8 and 8.1, but the drive to dumb down the UI for all users makes no sense. Business users are the largest revenue generator, so why would you dumb down an intuitive UI that lends itself to productivity? Tablets need a dumb UI because they are consumption devices. Draw the line clearly:

This simplifies decisions for the consumer and marketing strategies for Microsoft.

A further benefit of device delineation would be that the ecosystem would receive a boost from the larger user base on a single mature development platform (Windows Phone) that I hear is easy to work on. The Nokia deal is a necessary evil. Microsoft needs to consider implementing the following.

If Microsoft is serious about producing hardware, then I would keep the brand because it has current recognition.
Microsoft needs to back to the drawing board. If they understand the difference between a tablet and PC, then things will improve. Surface RT and Windows RT are lame ducks with the same potential as Windows on MIPS processors. I would produce:

I hope the new Microsoft CEO has a big broom, as nearly everything Microsoft is doing publicity-wise sucks. If I knew the solution to this then I’d be driving an Aston Martin DBS to my top-floor office in Fifth Avenue, New York. Solving the marketing problem could be the elixir to getting real movement back in the value of Microsoft’s shares, and that would excite vested employees and shareholders.

We need some fire back in Microsoft’s belly. They need to be out pushing strong products, once again working hand-in-hand with partners. When someone threatens Microsoft, Microsoft needs to step on them. That’s the fun Microsoft we all remember from the 1990s.

There appears to be a lazy attitude of “we’re selling loads, so it must be good enough” in certain parts of Redmond. That short-sightedness has a nasty sting in the tail that will alienate enterprise customers and service providers because SLAs are suffering. Those two- or three-year software agreements will be tougher to renegotiate than expected and revenues will slip unless something changes.
An emphasis on product quality must be implemented, much as Microsoft did with secure coding a decade ago. More budget and time must be allocated for testing and quality control to ensure that customers won’t get nasty surprises after Patch Tuesday.

A lot of big things have gone very wrong for Microsoft over the past five to seven years. However (and I hate to paraphrase a failed presidential candidate), the fundamentals of Microsoft are strong. With strategic changes, Microsoft could change direction. Do I think everything I have suggested will happen? No. Do I think I have a business mind that is superior to Steve Ballmer’s? No. But I do wonder if Ballmer and Redmond, as Jerry Seinfeld suggested to Bill Gates, have lost touch with real people.