How to Elevate Privileges in Windows Terminal 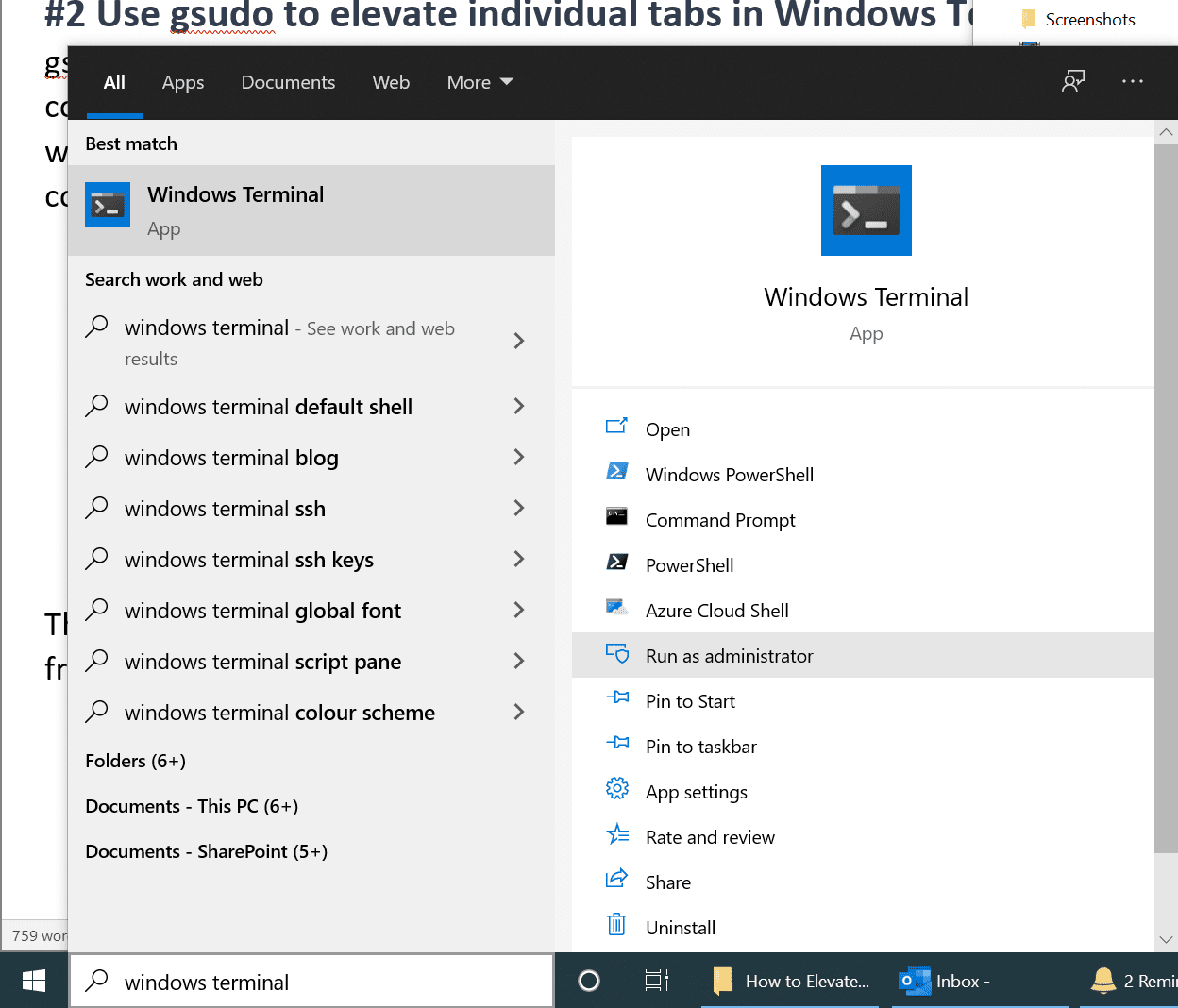 Mike Griese, a software engineer at Microsoft working on the Windows Terminal and the Windows command line experience, says that because of the way Windows is architected:

And that has also led to conversations on developing a Unix-style sudo command for Windows to a dead-end. But for developers and system administrators who would like to elevate privileges in Windows Terminal, there are a couple of workarounds.

#1 Use RunAs to launch Windows Terminal

The first account created in Windows is always a Protected Administrator unless your organization has changed the default configuration. If you are signed in to Windows with a standard user account, launching Windows Terminal using ‘Run as administrator’ doesn’t work.

Here’s how to elevate Windows Terminal to run with administrator privileges:

The command runs a script that downloads gsudo, unzips it, and places it on your PC so that you can access gsudo from the command line and Windows Terminal.

I’ve found gsudo to work reliably in command line tabs in Windows Terminal. But in Windows PowerShell or PowerShell 7 tabs, calling apps like Notepad with gsudo throws an error. But as providing you stick to running PowerShell cmdlets, like the one shown below, gsudo seems to work just fine.

For a full description of what you can do with gsudo, check out the project’s GitHub page here.