Getting The Most Out Of Office 365: What Is Delve? 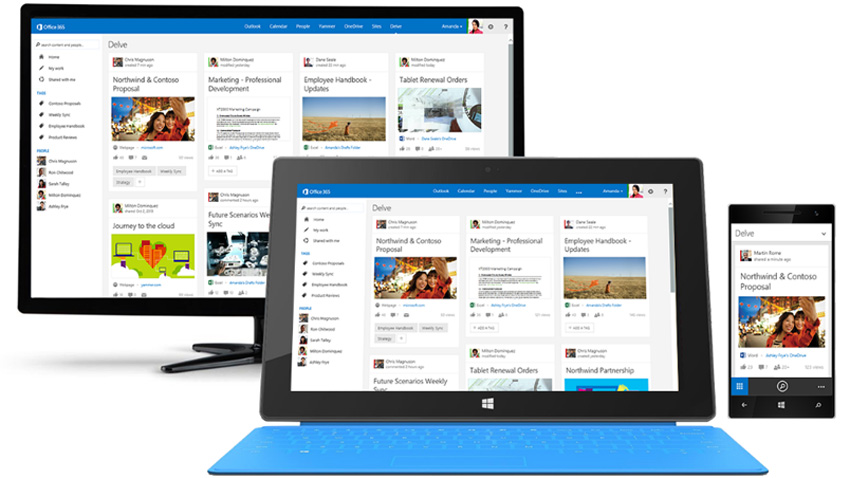 Now that you are storing your documents in OneDrive for Business, sharing them on Yammer and Skype for Business, and working in Office 365 Groups, is there any magical bonus reward? Yes! That magical bonus reward is called Delve, which is a search, recommendation, and organizational tool. This means Delve is not where you will spend your time getting work done, but it is where you will start.

Delve uses cards to represent different documents that are relevant to you. Cards can be added to boards to help organize your cloud-based documents. Near the bottom of each card are two icons that can be used to share a link to the file directly; the other is used to see who can view the file. At the top of each card is the last action taken on the file, for example, John Doe emailed four days ago, or Bob modified on July 4th, 2015. 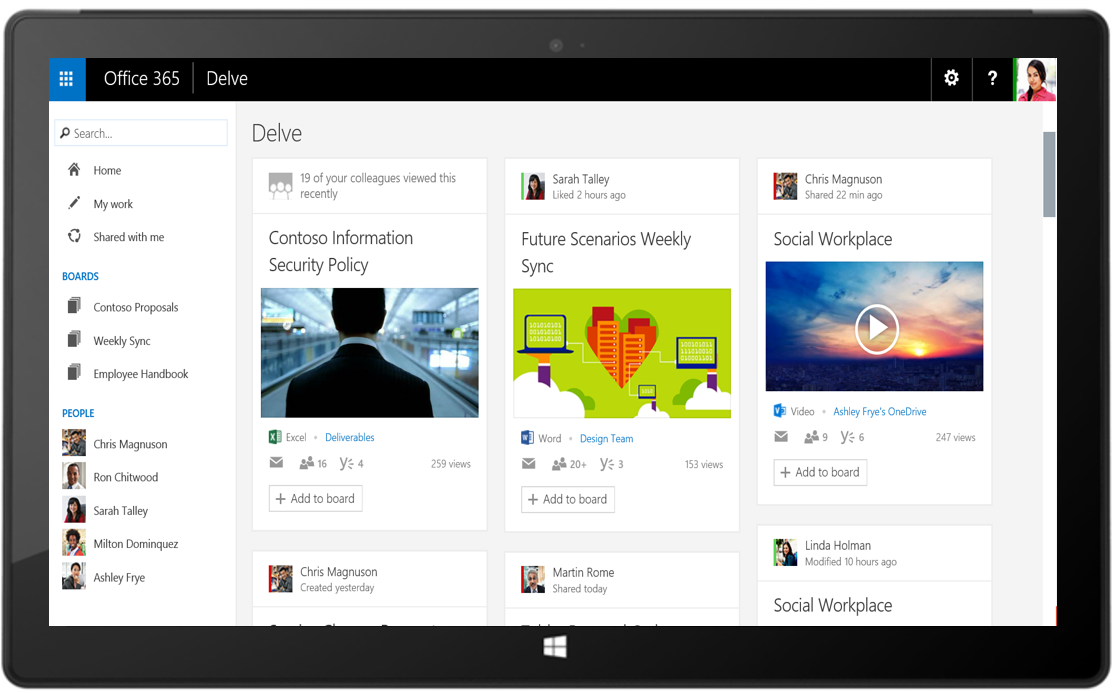 Not all cards are created equal in Delve because some documents are email attachments and some are files stored and shared in the cloud. Attachment cards have a lock symbol in the bottom left corner, and it will say, “Only people who’ve received this attachment can see this.”

Attachments cannot be added to boards or easily reshared because they are not stored in OneDrive for Business. The email that holds the attachment can be accessed by clicking the blue text, which is the subject of the email containing the attached document.

Although Delve does incorporate attached documents, the real purpose of the service is focused around discovery. Because Microsoft can only recommend documents to users that have permission to view a file, documents need to be saved and shared in the cloud for Delve to work effectively. Essentially Delve is the user interface that’s built on all the data saved with documents. Data such as, who viewed the document, who edited the document, who is sharing documents together, and which documents have been modified recently. All of these pieces of information can be connected to create an understanding of which documents are important to each particular users. This network of data is called the Office Graph.

While Microsoft was building Office 365, some smart person must have thought, you know we could create an algorithm to work behind the scenes connecting all these different documents and people and deliver some value to the customer. Delve helps people stay organized and up to date without needing to constantly check different shared directories for new, updated, or popular files. If there’s a presentation that several of your coworkers are viewing, Delve might recommend it to you. Let’s say there’s a document that you’ve been working on with a few people, but were waiting on updates from one team member. Delve could bring that document to your attention when it gets modified. 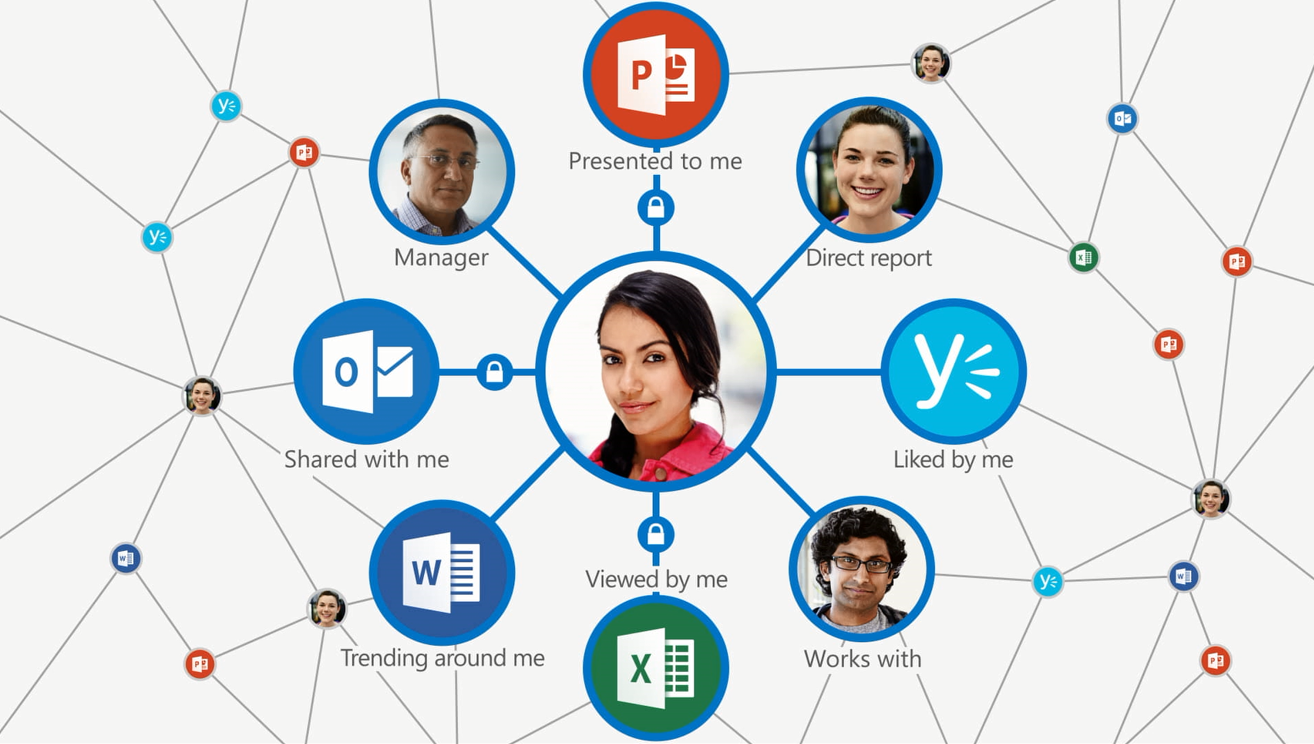 The second use for Delve is that it serves as a place to organize and collect cloud documents. In a traditional file server, you could create a folder on your computer with links to all the important documents you use, because they are scattered across different drives and in different folders. Delve acts as a document link management system that spans your company’s Office 365 cloud. Now you can save links to all the documents important to you in one place without moving or changing the files.

Finally, Delve has one more trick up its sleeve, and that’s search. Searching for files in the cloud can be impossible because they can be so spread out across different sites with no direct link. Delve serves as a single point of search, which can find documents that you have permission to view from anywhere in your company’s cloud. This makes finding a document in the cloud so much easier because once you’ve found the document, it can be favorited or organized on a board.

The power of the cloud to surface important or relevant information is a new tool that was practically impossible with traditional on premises files. While the transition to the cloud requires work and training, products like Delve provide a starting point that used to be the Windows Explorer.