But there are also some caveats. The first is that gen 2 VMs are in preview and are not supported or recommended for use in production environments. Azure gen 2 VMs don’t support all the features provided by Windows Server Hyper-V gen 2 VMs. At least not yet. You don’t get the following features at the time of writing:

Microsoft says that it will look to add features to Azure gen 2 VMs in the future based on customer feedback. Furthermore, there are some Azure features that you don’t get with gen 2 VMs at the moment:

And finally, only premium storage VM sizes are supported by gen 2 VMs.

You can deploy gen 2 VMs from the Azure management portal or command line using Marketplace images that support UEFI boot, including all Datacenter versions of Windows Server from 2012 to 2019 on the following VM sizes with premium storage:

The Windows Server Marketplace images that support gen 2 VMs are suffixed with ‘-gen2’. For instance, the Windows Server 2019 Datacenter image for gen 2 VMs is called ‘2019-datacenter-gen2’. Gen 2 images aren’t offered by default when creating VMs in the Azure management portal, so you’ll need to search for them in the Marketplace by clicking Browse all public and private images on the Basics tab. 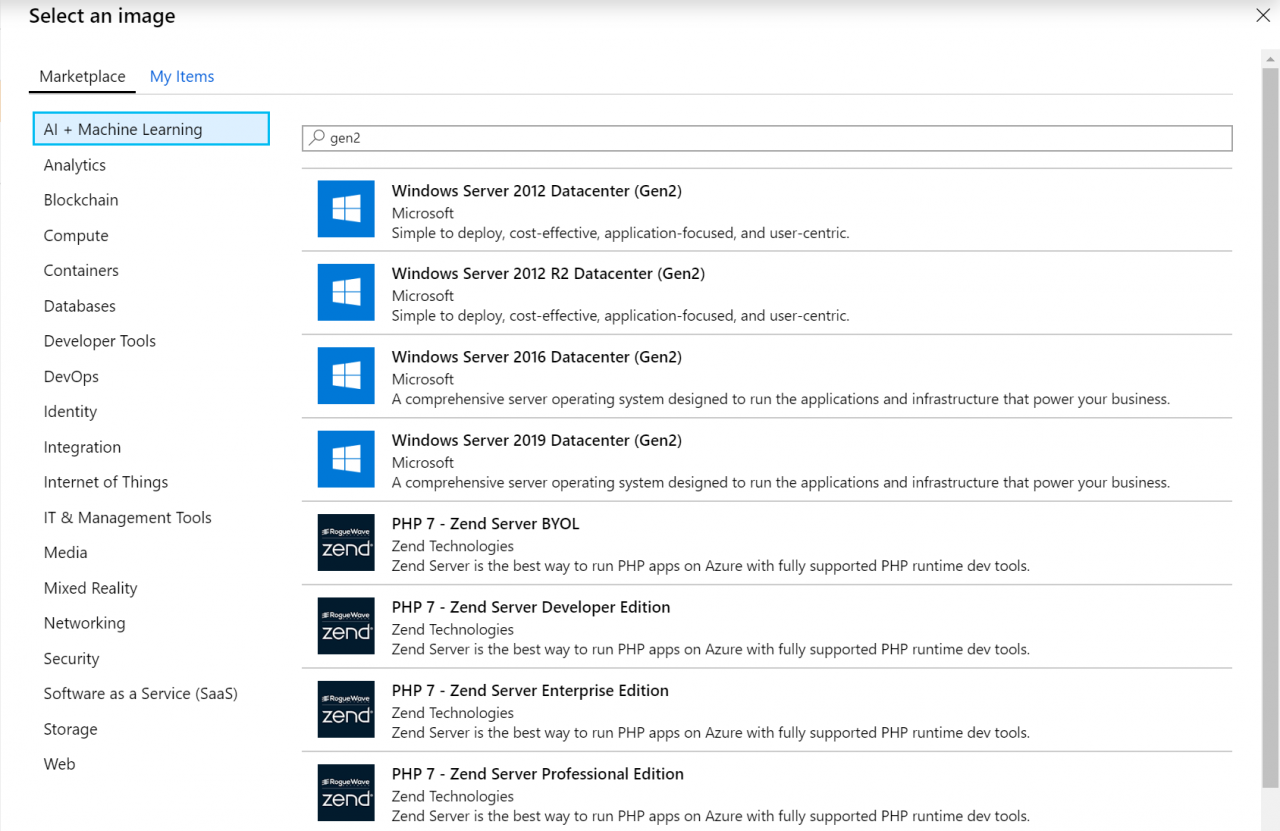 Microsoft says that most current versions of Linux and FreeBSD are also supported but it doesn’t state exactly which versions.

If you select a gen 2 Marketplace image when provisioning a VM, you’ll see the generation setting is automatically selected on the Advanced tab in the management portal. 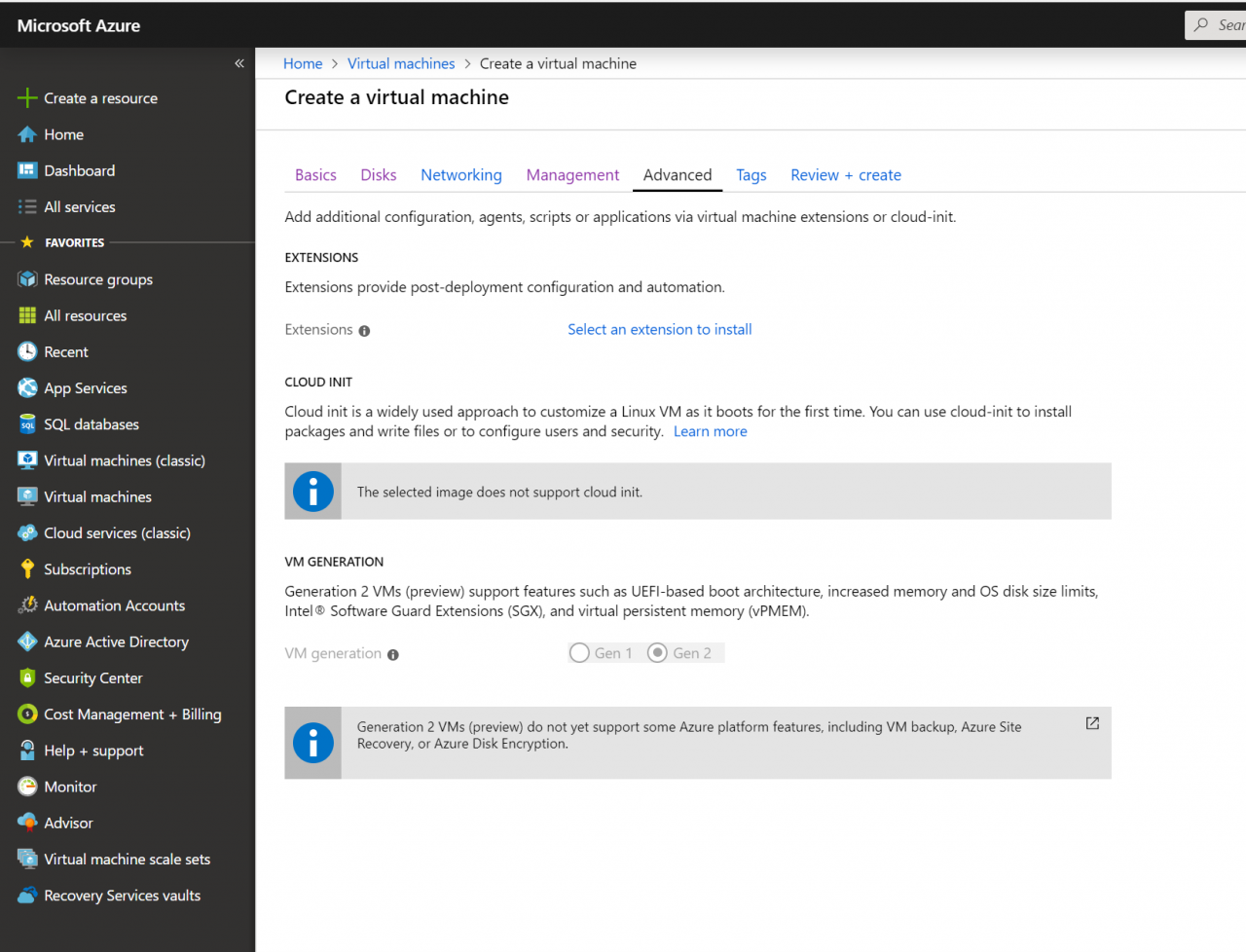 Generation 2 VMs have been a long time coming to Azure. It’s likely that Microsoft is looking at expanding support for gen 2 VMs now to enable features for advanced scenarios that require technologies like Intel SGX, and to improve migration scenarios where in the past organizations wanting to ‘lift and shift’ Hyper-V VMs to the Azure cloud had to use Azure Site Recovery to replicate and convert Hyper-V gen 1 VMs to gen 2 VMs.