Docker For Windows: Create a Linux Container on Windows 10

If you are a developer or system administrator that wants to learn about working with containers, Docker for Windows provides a great way to get up and running quickly. Windows 10 contains built in support for Windows Containers and Hyper-V Containers. Additionally, you can run Linux containers using Hyper-V, a minimal Linux kernel and userland in the Windows 10 Fall Creators Update and in Windows Server 1709 or later.

In this article, I will show you how to create a Linux container in Windows 10 using Docker for Windows. If you want to perform the same task on Windows Server, you’ll need Docker Enterprise Edition (Docker EE) instead. To follow the instructions below, you must be running Windows 10 version 1709 or later, on a device that supports Hyper-V with at least 4096MB of RAM. Docker for Windows supports 64-bit Pro and Enterprise editions of Windows 10 only.

The first step is to download and install Docker for Windows. You can find the downloader on Docker’s website here. Run the installer and follow the instructions. You might be required to reboot your computer once or twice during the installation process. The installer will automatically enable Hyper-V and support for Windows Containers if they are not already turned on. 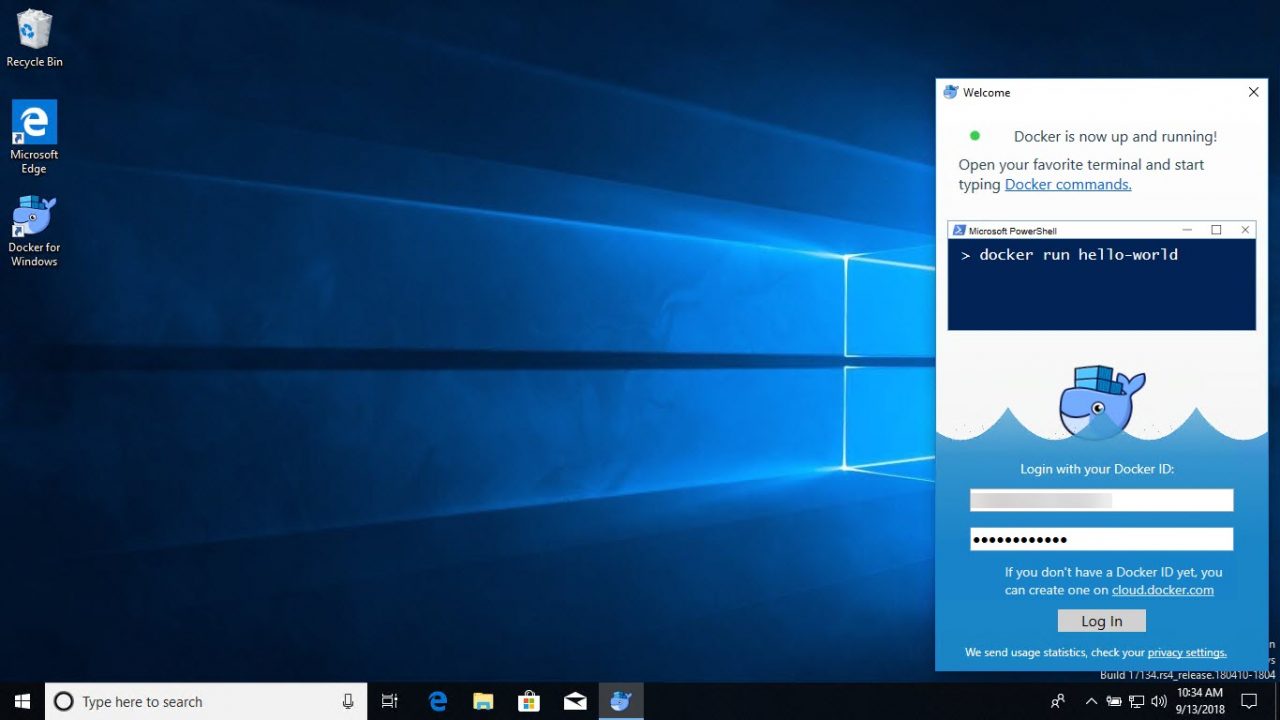 Pull a Base Image

If you want to search the repository for Ubuntu images, use search as shown below:

To list the available images on the local computer, including information about image size, image ID, and tags:

To create a new Linux container, we need the ID of the base image and the docker run command. In the command below, I’ve used the image ID for the latest version of Ubuntu in my local repository, and the bash terminal will launch once the container has started:

The -i and -t parameters allow the bash process to start in the container, attaches the console to the process’s standard input, output, and standard error, and allocates a pseudo-tty text-only console. Once the container has been created, you’ll be presented with a bash prompt. Type hostname and press ENTER to see the container’s Linux hostname. You can stop the container at any time by typing exit and pressing ENTER. Exiting a container stops it from running. 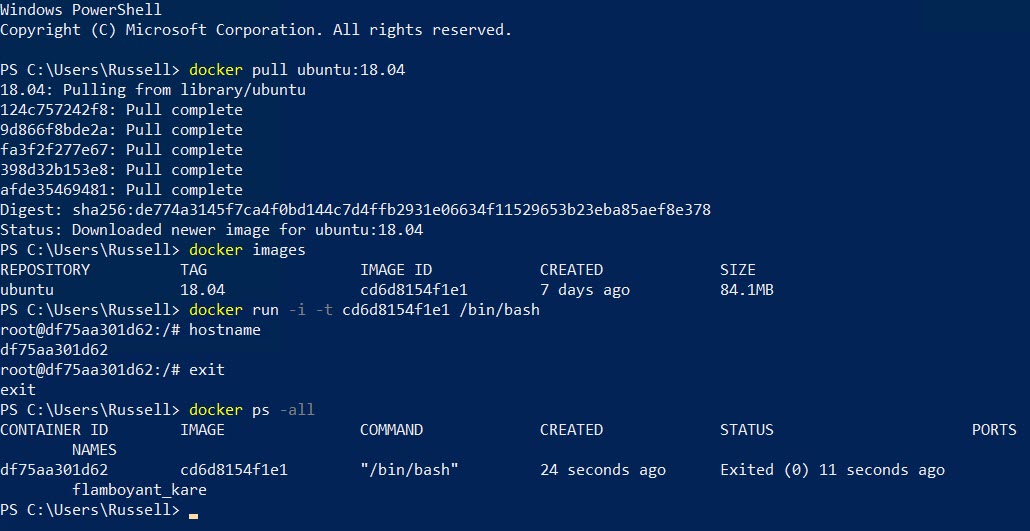 Pull a base image and create a new container (Image Credit: Russell Smith)

You can use the docker ps command to list the containers on the local device. The command below lists all containers, regardless of whether they are running. If you omit the -all parameter, docker ps shows only containers that are running. You can see in the output that container and image IDs are listed.

If you exit a container and want to restart it, use docker start along with the container’s ID.

To connect to the container’s terminal, use docker attach:

Create a New Image from a Container

Let’s make a minor change to the running container, and then use it to create a new local image from which we can create new containers. In this example, I’ll install the vim text editor in the container and then stop the container. To do that, run the following three commands in the container: 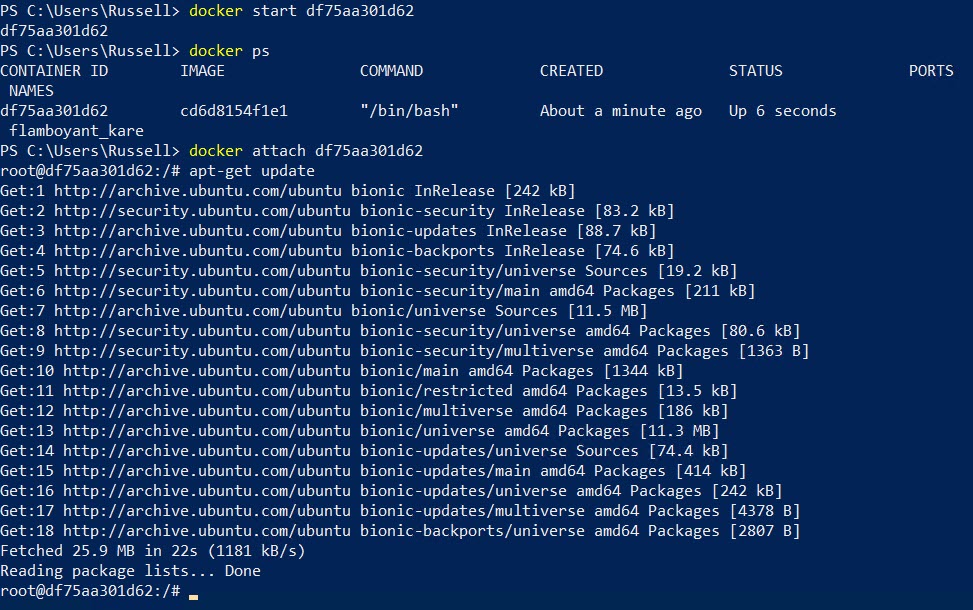 Start a container and connect to it (Image Credit: Russell Smith)

Run docker images again and you’ll see the new image in the list. You can now use this image to create a Linux container that includes the vim text editor.

Create an image from a container (Image Credit: Russell Smith)