My Azure Infrastructure Highlights of 2017 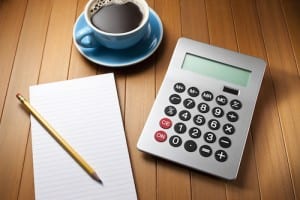 As we close in on the end of 2017, I thought I’d get all misty-eyed and review what were my highlights in the last year of Azure infrastructure improvements. Please share below what you thought were your highlights.

VMware Is Our Friend

Although the feeling might not be mutual…
Microsoft Azure truly depicts the new Microsoft. No matter who you are, or what you do, Microsoft would like your cloud business. Many moons ago, “Windows Azure” was renamed to Microsoft Azure, Linux became an equal citizen (and was running in 40 percent of all Azure virtual machines), Microsoft shared its own Linux distro used as a network switch operating system, Docker was used to manage containers, Hadoop was adopted instead of Microsoft’s own big data solution, and more recently, Kubernetes (out of Google) became a central part in Microsoft’s container orchestration.
So should we really be shocked that Microsoft reached out more into the world of VMware? It’s been a while since Azure Site Recovery (ASR) supported replication and migration of vSphere virtual machines to Azure. In 2017, Microsoft added:

And then there was the really big news… Microsoft is working with some undisclosed partner(s) to deploy vSphere in Azure data centers! The idea is that this platform will allow customers to move to the cloud while they’re still working on the process of digital transformation. VMware in Azure will be a stepping stone, using integrations into Azure, to allow the customer to smoothly migrate in a time efficient manner.
VMware threw its toys out of the pram and out of the day care center. The response, in the form of a blog post, was a flash back to the early Hyper-V versus VMware days – fun times! In short, VMware said it knew nothing of this and that it wouldn’t support it. That’s questionable; if Microsoft uses legally purchased software, deployed by a certified partner on supported hardware, then VMware has no choice.
But even with all that fun fuss … can you imagine it … VMware running in Azure?!

I was just getting to the point where I was tired of storage accounts and what are now known as un-managed disks in Azure. In short, un-managed disks are tiresome because trying to do anything with them usually involves downtime to virtual machines, not to mention lots of PowerShell.
Storage accounts require globally unique names and offer a maximum of 20,000IOPS. That often means that:

Managed disks make like easy. In short, they don’t require storage accounts, they support snapshots, and operations such as converting between Premium and Standard require no downtime and a few mouse clicks in the Azure Portal. Teaching and using Azure for the first time became easy with managed disks.
At the moment, there are two gotchas with managed disks that we expect will disappear very soon:

Did the Internet go a little dark for you on February 28th? One of the AWS regions, us-east-1 in Virginia, went offline. Many of its customers probably assumed, incorrectly, that Amazon was replicating its machines to another AWS region. Quite honestly, people believe a myth that Azure replicates your VMs to another region by default too. Nope, but at least Microsoft did launch a service, in preview still, that allows you to replicate virtual machines to another region.
It might still be in preview at the time of writing but it’s based on a mature tech, which is the same service (Inmage Scout) that Microsoft acquired for replicating VMware virtual machines to Azure.
Azure Site Recovery for Azure virtual machines is very easy to use. You opt into the service, at an additional cost, to replicate your machines to another region in “the neighborhood”, also known as a geo-cluster. The wizard-based process will create some of the virtual machine pre-requisites for you, although you do still need to design and plan the DR site and the orchestrated failover.
Combined with the launch of availability zones, Azure now has great levels of cluster, data center, and regional high availability.

Microsoft finally started to ship and deliver Azure Stack in Q4 of 2017. Microsoft’s private cloud is a long time coming. We’ve had lots of false starts in the past, including:

What makes Azure Stack different from previous efforts is that it is the completion (if there’s ever such a thing in the cloud) of a vision from Microsoft. Azure Stack also separates Microsoft Azure from AWS and Google Compute because the vision of a delivery of the hybrid cloud with consistency between Azure and Azure stack is something that only Microsoft has been able to do. It will probably remain unique.
Dell, HPE, and Lenovo started shipping in October and news of the first installations started to appear recently. These customers can now deploy Azure virtual machines and services in locations where:

Satya Nadella’s Microsoft has been using the term “digital transformation” (drink!) repeatedly for several years now. To be honest, it was just word noise to me, along with the many other keynote catchphrases that fill the air for 60-90 minutes at the start of every Microsoft conference, webinar, and launch event.
But in the last year, some of Microsoft’s people have been explaining what this means instead of just leaving the phrase out there. While it is possible to lift-and-shift your computer room or data center to the cloud, you have to ask why you would do that and what you would be getting … or not getting.
A lift-and-shift only changes how we pay for computing. We’ll move from CAPEX to OPEX. That’s a good thing, but by not using the cloud the way it was envisioned, we’ll be using it inefficiently. Big honking virtual machines in the cloud are very expensive compared to the relatively low cost of RAM and CPU on-premises. A digital transformation, emphasis on the transformation, changes how we do things when we move or start in to the cloud.
Many of the stories you read about “Company X choosing Azure” aren’t stories about lift-and-shift. These are stories of when that company is deploying some new system in the cloud instead of on-premises or changing how some business processes/analysis works by using what the cloud offers. I can keep lots of web servers around or I can use Azure App Services. I can keep deploying whopping big deployments of SQL Server or I can use Azure SQL. I can try to put square pegs (ever changing data) into round holes (relational databases) or I can use CosmosDB. I can keep deploying monolithic code or I can break it out into microservices running on Service Fabric. I can keep huge amounts of data lying around at great cost that never helps the business or I can turn it into something useful with HDInsight (Hadoop) and use Machine Learning to provide business intelligence.
It’s kind of weird that in the rapid changing world of IT, it’s the IT staff that are often stuck in their ways about how to do things. This prevents progress. Excuses such as “they’ll never do it” are thrown about but if you never try, how do you know? And if you don’t bring the opportunity to your bosses or customers, someone else will. You could be on the wrong end of a termination.

The only constant in this cloudy world is change. What we do and how we work is a moving target and this requires that we modify how we educate ourselves. Attending a class that some marketing person designed 2 years ago and delivered out to training centers to be delivered by people who don’t know the materials, won’t help you in the slightest. Hoping that the cloud will stay static for 3-9 years like your XP deployments won’t work either.
Honestly, I think Microsoft is struggling with this concept too. It has delivered training a certain way for decades. The giant ship that is Microsoft Learning is unable to keep up with the agility of the cloud. Redmond is trying to be deliver more through blogs, Microsoft Mechanics (IT pros) and Channel 9 (developers) but only a minority of its market pay attention to those channels at this time.

I firmly believe that IT pros need to be more pro-active about keeping on top of what the cloud can do for them. I know that time is precious but not having the tools (your knowledge) doesn’t help to sustain employability. It’s time to transform how you educate yourself and to look for new alternatives. And once you start to feel comfortable, that should be your trigger to start looking at what you’re missing … I did that this year when I started to expand my knowledge into the PaaS parts of Azure and that will escalate in 2018.