With Windows 10 Rolling Out, Microsoft Looks Forward to Windows 10 Mobile 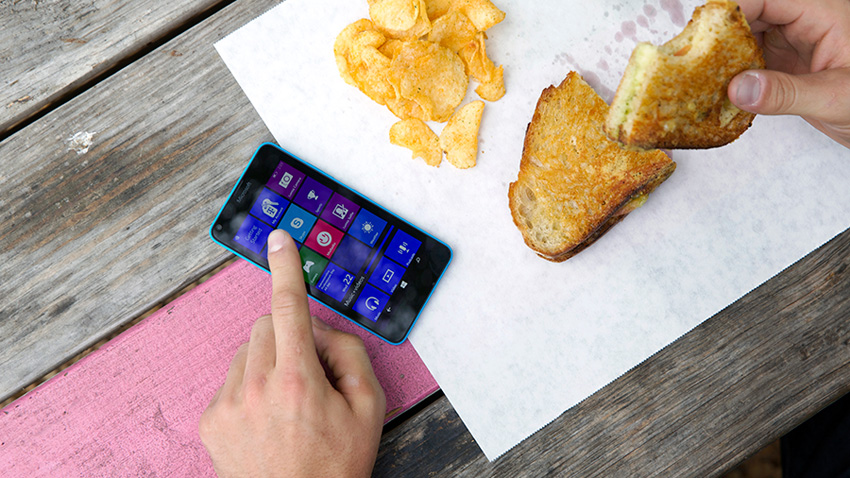 By all accounts, Windows 10 is off to a blockbuster start, with tens of millions of people successfully upgrading to the new system in its first week of availability, and many millions more still waiting for their reservation OK to come through. But with Microsoft focused on a “mobile first, cloud first” future, the software giant also needs Windows 10 to fly on non-PC devices too. And a key market the firm has yet to attract in meaningful numbers—smart phones—is up next.

Since 2010, Microsoft has offered a system called Windows Phone to address this market. Originally designed, yes, as an iPhone killer, Windows Phone has been anything but, and has fallen to under 3 percent market share in the past year while Apple’s smart phone surges forward.

With Windows 10, Microsoft is trying a different tactic.

This time around, the Windows Phone brand is going away, and Windows phones, as they’re now called, will run Windows 10 Mobile, a specially tailored version of the software giant’s new OS. Windows 10 Mobile isn’t Windows 10 in name only, either: it supports the same universal apps that run on “big” Windows and other platforms, including HoloLens, Surface Hub and even Xbox One. And Microsoft is hoping that this technical and familial similarity will drive developers to do something they’ve been ignoring for years: tailor their apps to Windows phones.

Of course, recent news of more layoffs and a $7.6 billion write-down in its phone business and a subsequent $2.1 billion quarterly operating loss haven’t exactly help matters, and many have assumed that Microsoft was in fact stepping away from phones. That’s not true. Yes, Windows Phone is a failure, but that’s why Microsoft is changing tactics. And while it will no longer try to wrest control of the smart phone market away from Android or iPhone, Microsoft does have plans to differentiate its own Windows phone offerings while helping partners succeed as well.

As I noted in This is How Microsoft Can Find Its Smart Phone Niche, Microsoft plans to duplicate its Surface successes with Windows phones. As you may recall, Surface got off to a rough start, and Microsoft wrote off $900 million related to unsold stock in the first year of the product’s existence. But Surface Pro 3 has proven to be an unqualified success, and Surface is now Microsoft’s latest billion-dollar business. So now the software giant would like to do the same with Windows phone.

The key here is a feature called Continuum, which will allow a Windows 10 Mobile-based phone to operate like a PC when it is connected, wirelessly or via a dock, to a keyboard, mouse, and external display. The theory is that users could carry one device, a phone, that can do it all.

It sounds fanciful. But in a hands-on demo of this technology a few weeks back, I became a believer. Continuum isn’t good enough to dethrone iPhone or Android, of course, and it’s not clear how Microsoft can ever overcome the app gap. But Continuum does work. And for those looking to be productive and efficient, it provides an intriguing glimpse of the future.

We may see the first third-party Windows 10 Mobile handsets in September at IDF. But sources tell me that Microsoft plans to announce its own Windows 10 Mobile flagships around the same time in New York City. And those two devices—a 5-inch smart phone and 5.7-inch phablet—are exciting for a variety of reasons. Both are Continuum compatible. And at least one will use iris scanning functionality to automatically sign-in users via a feature called Windows Hello.

The new hardware will help. But so too will Windows 10 Mobile itself, which is currently in testing. Company executives have recently stated that the system, which will trail Windows 10 to market by a few months, is essentially feature complete. And my own sources say we should expect new devices running this system to ship in October and November. Existing devices running Windows Phone 8.1 will be upgradeable—for free—as well.

The point here, again, isn’t to take on Android and iPhone directly. Instead, Microsoft is seeking to establish a niche, or base, from which it can be successful and, as important, sustainable. Should the software giant fail to establish Windows phones as a viable option, it’s unclear what the next year will look like. But for now at least Microsoft seems content to keep pushing forward, and fans of the system can at least look forward to major updates in both software and hardware in the coming months. That’s not too shabby for a platform that many had written off long ago.