Windows Recovery Environment (RE): The Solution When A Computer Won’t Boot 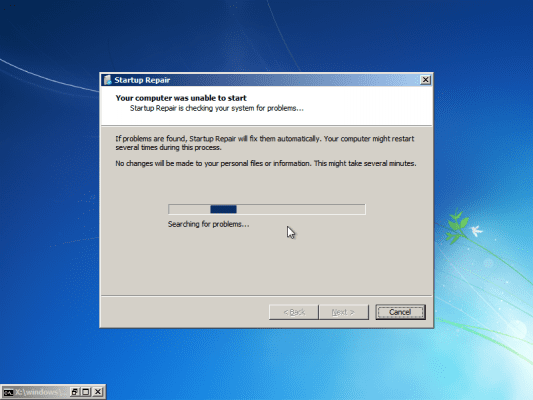 Windows RE provides the following benefits:

The Startup Repair will try to repair computers that are unbootable because of the following reasons:

Startup Repair will not repair unbootable systems caused by the following issues:

For example, if a user installs a bad drivers that causes the computer to crash and an error message appears on a blue screen because of the driver. The computer then automatically restarts. The user gets a message telling him or her that the computer failed to start and that Windows will attempt to repair it. Once in Windows RE, the Startup Repair wizard will automatically diagnoses the problem. The user can then choose to repair the driver, and the computer restarts after the repair.

Please note that when working with Windows RE: 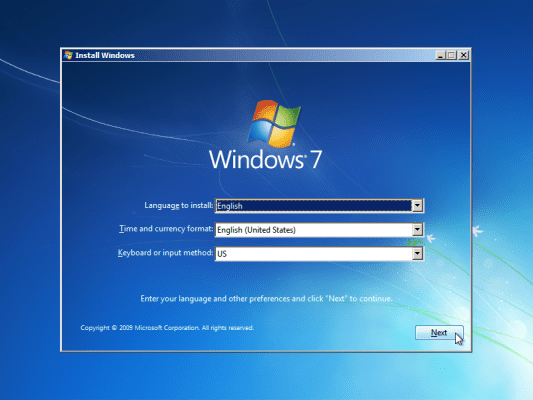 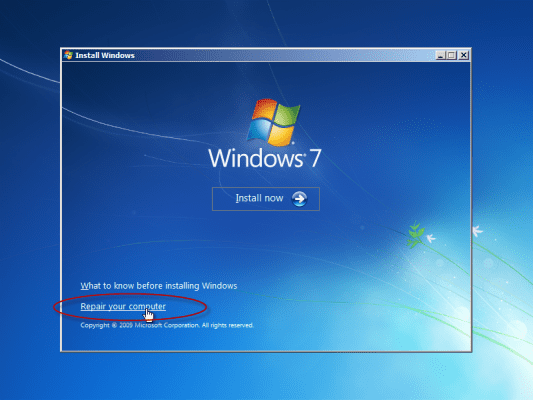 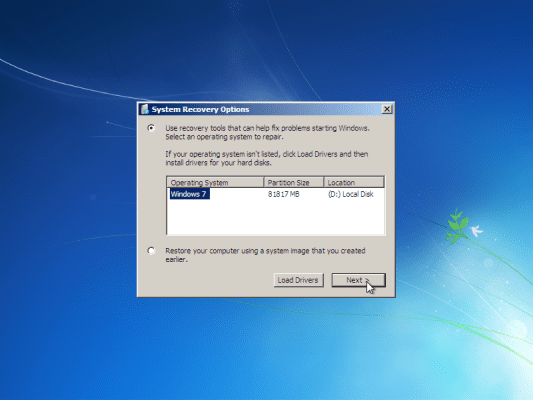 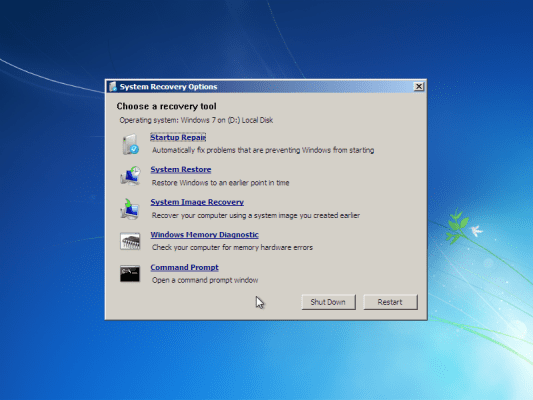 You can access Windows RE by pressing F8 while the computer is booting and select the Recovery Environment entry, which boots the computer into Windows RE. However, if the boot partition/files or configuration was somehow messed up, you could use the operating system’s bootable DVD media to launch it. 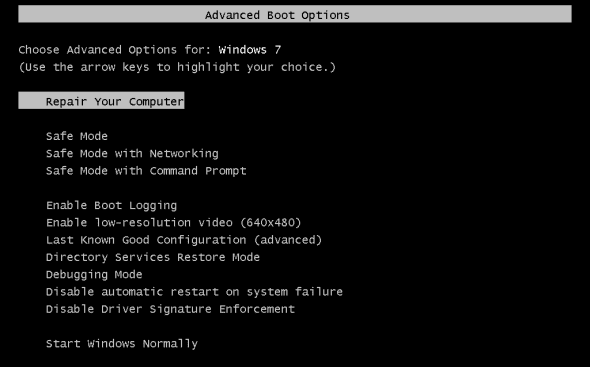 After a few moments, you will be prompted to select the language of your choice. 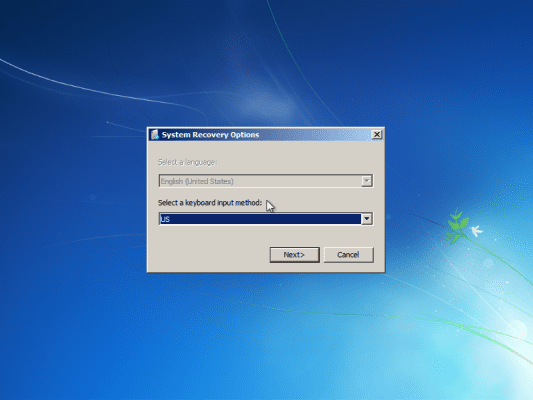 When using locally, you will be prompted to enter your user name and password. 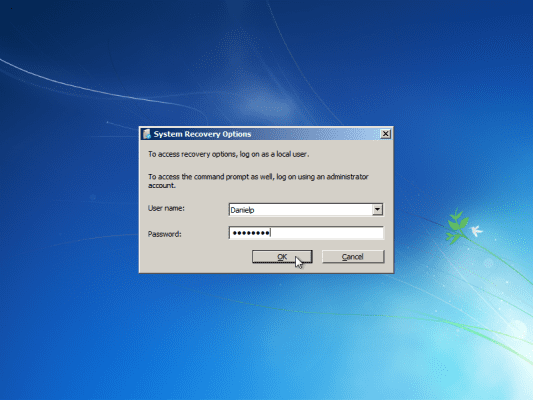 If you enter wrong credentials, you will not be able to move on. 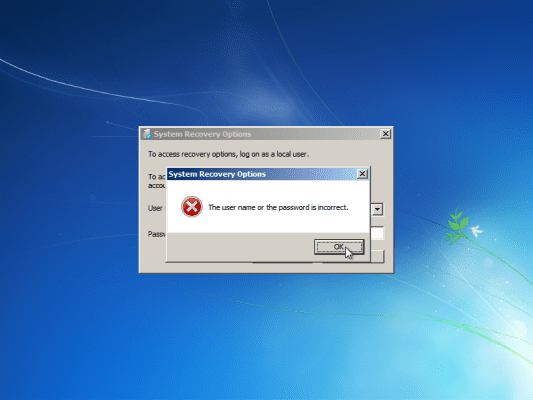 If properly authenticated, you will get to the Windows RE tools. 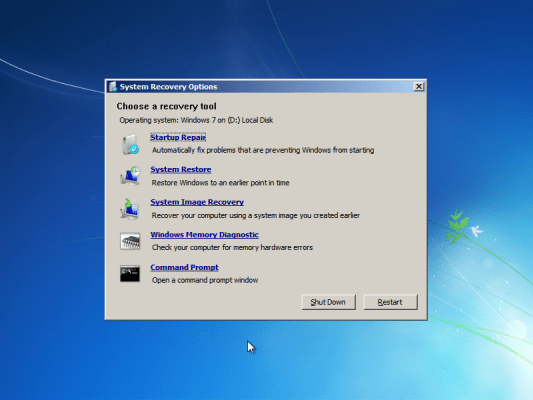