What’s the benefit of Windows on ARM for the Enterprise? 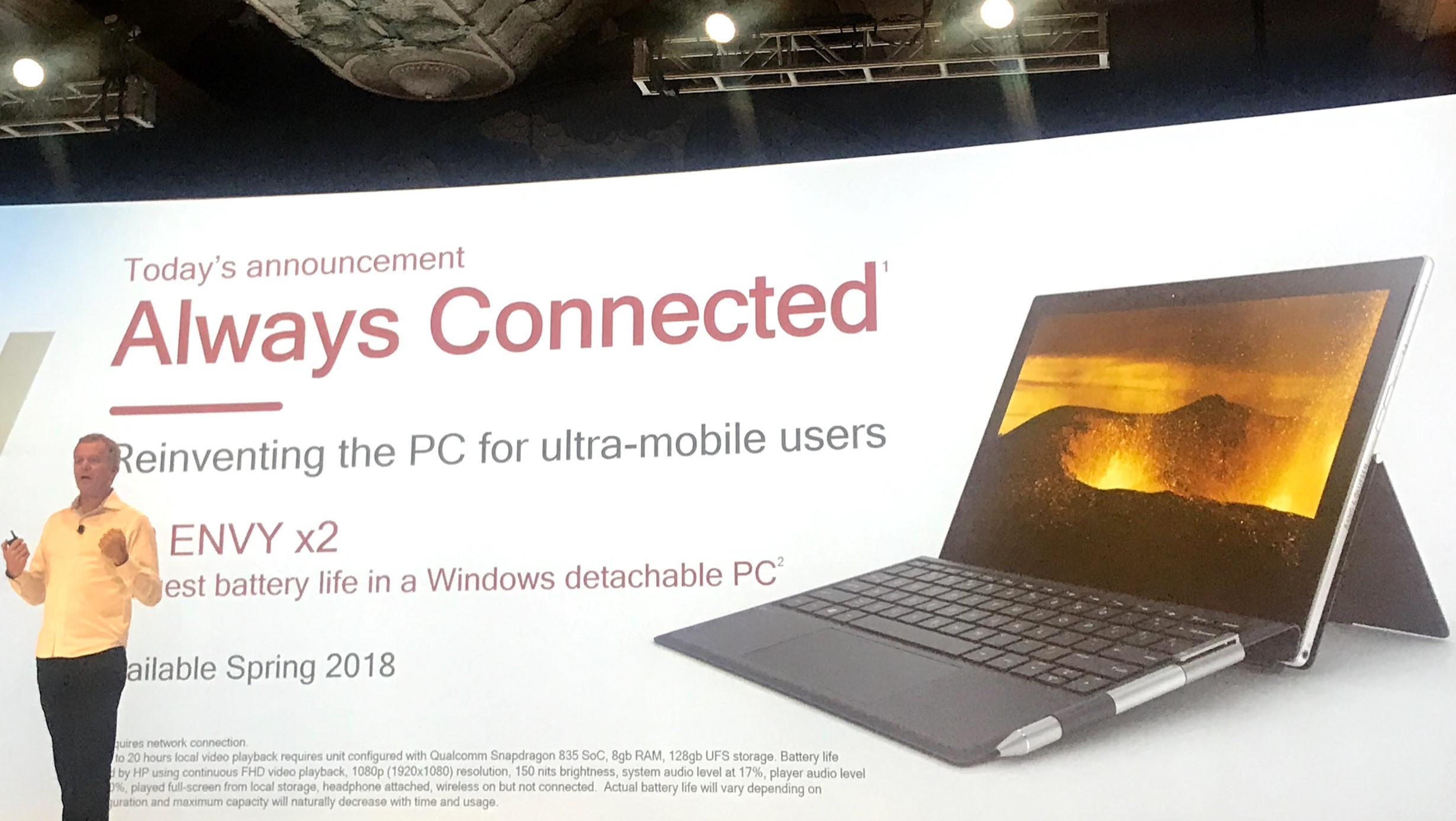 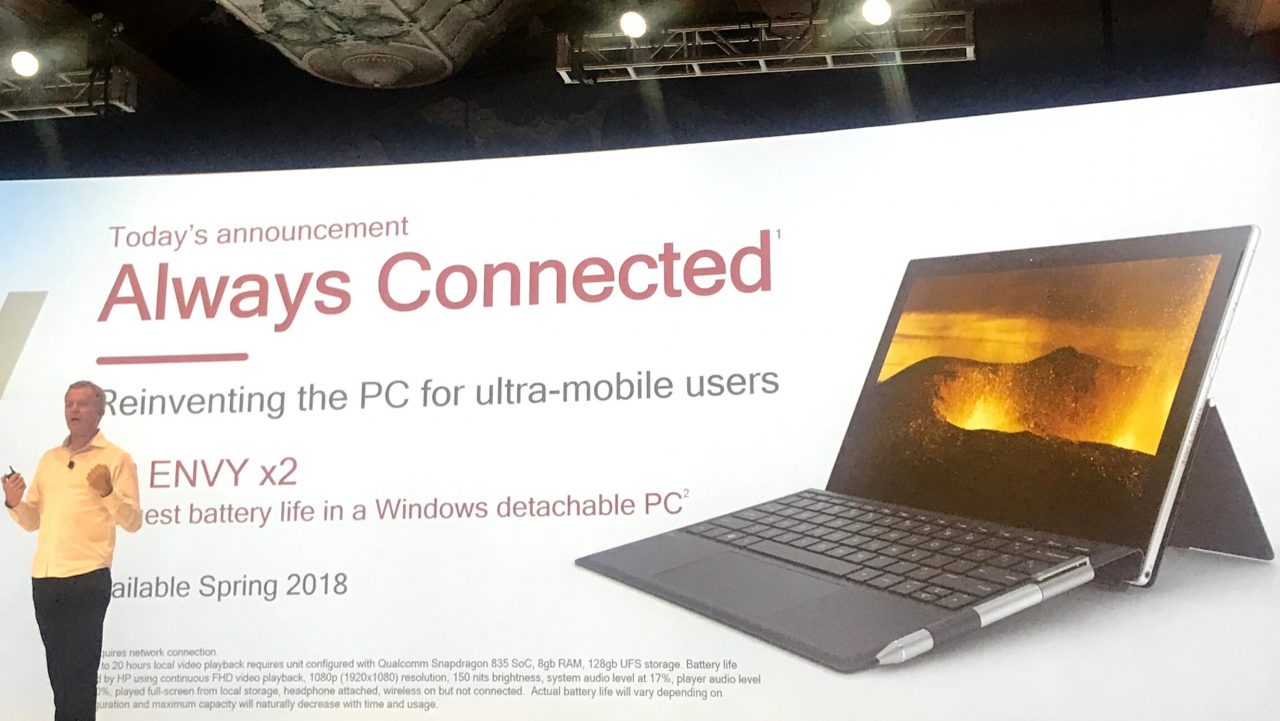 Last week, I was at the Snapdragon Summit in Maui where the company announced several new products including a few laptops that run Windows that are based on an ARM processor. The devices, one by ASUS and the other by HP, are a glimpse into the future of computing but both the vendors and Microsoft have a lot of work ahead of them.

The benefit of an ARM-based piece of hardware has multiple fronts including better battery life, LTE connection, and it’s not strapped down by legacy infrastructure (more on this point later). With Qualcomm (the maker of Snapdragon chips) boasting that these devices get up to 20hrs of battery life and 30 days of standby time, take this with a grain of salt until we get our hands on these devices outside of controlled environments, the future does sound promising.

Even though this is a completely new (ok, there was Windows RT but that platform ‘died’) architecture that is powering the devices shown off this week, there is little benefit for the average user as it stands right now.

The always-connected pitch that Microsoft and Qualcomm are branding these devices as can already be achieved by numerous devices with LTE such as the Surface Pro LTE. While 20 hrs of battery life is great, the Surface Book 2 is marketed as 17 hrs even though usage-reality is much less and I suspect the ARM-based PCs will also be much less than 20hrs. Even the 30 days of standby is impressive but it’s not an essential metric used to compare devices these days as charging is becoming faster with quick-charge tech. 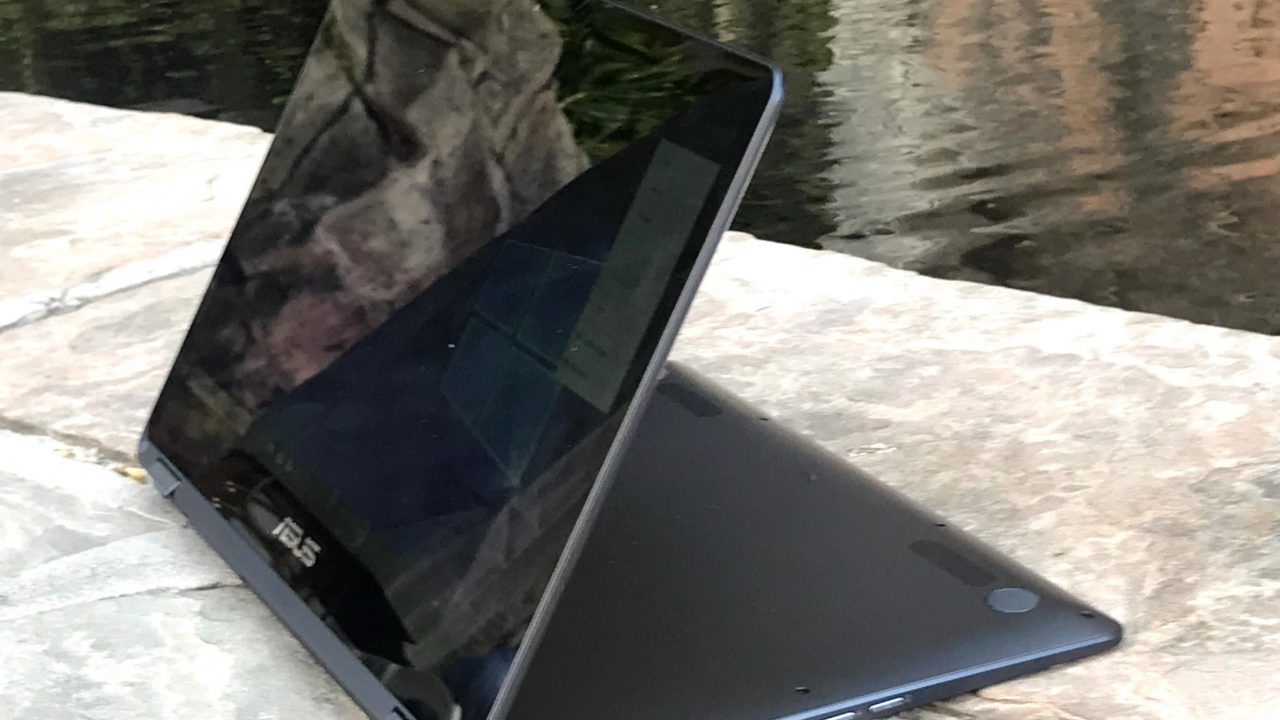 The real benefit of ARM-based machines is that they should be immune to malicious Win32 applications. Because older apps are running in an emulation layer that can contain these apps, as of now, Microsoft has not played its cards about how and why this will be better for the consumer (or corporate user). And in reality, this is the only thing that will make these devices attractive when compared an Intel or AMD powered hardware.

It very well could be that we are too early in the launch of these devices for the topic of security to become a point of conversations but to me, this is by far the most interesting part. Seeing as the only known price point of ARM-based hardware running Windows is $599 for the ASUS device, it’s not like these are entry-level pieces of hardware.

What we need to know, and only Microsoft can provide this, is when will the security benefits of the Win32 emulation layer for ARM be explained? When this happens, this is a huge benefit for the enterprise as it should allow Windows to contain ransomware or any type of virus to a local sandbox and prevent it from taking over the PC or the entire environment.

Everything else about ARM-based PCs right now is relatively minor as the performance, while good for common-tasks, isn’t a reason to buy the hardware over Intel. The battery life is close enough that it’s not a compelling reason to make a purchase and if you must have LTE, there are options available today that offer that solution. Also, it’s not a value proposition either as the price for a modestly-specced machine is still in the same class as an i3 or i5 machine from Intel.

And the final nail in the coffin is that at the same event, Qualcomm announced the Snapdragon 845, which bests the 835 used in the hardware that was announced in every way possible. To deploy a large number of ARM-based devices in your environment today, doesn’t make a lot of sense. But, once Microsoft finally announces the true reasoning to run ARM hardware (security sandbox), then the devices become significantly more attractive.