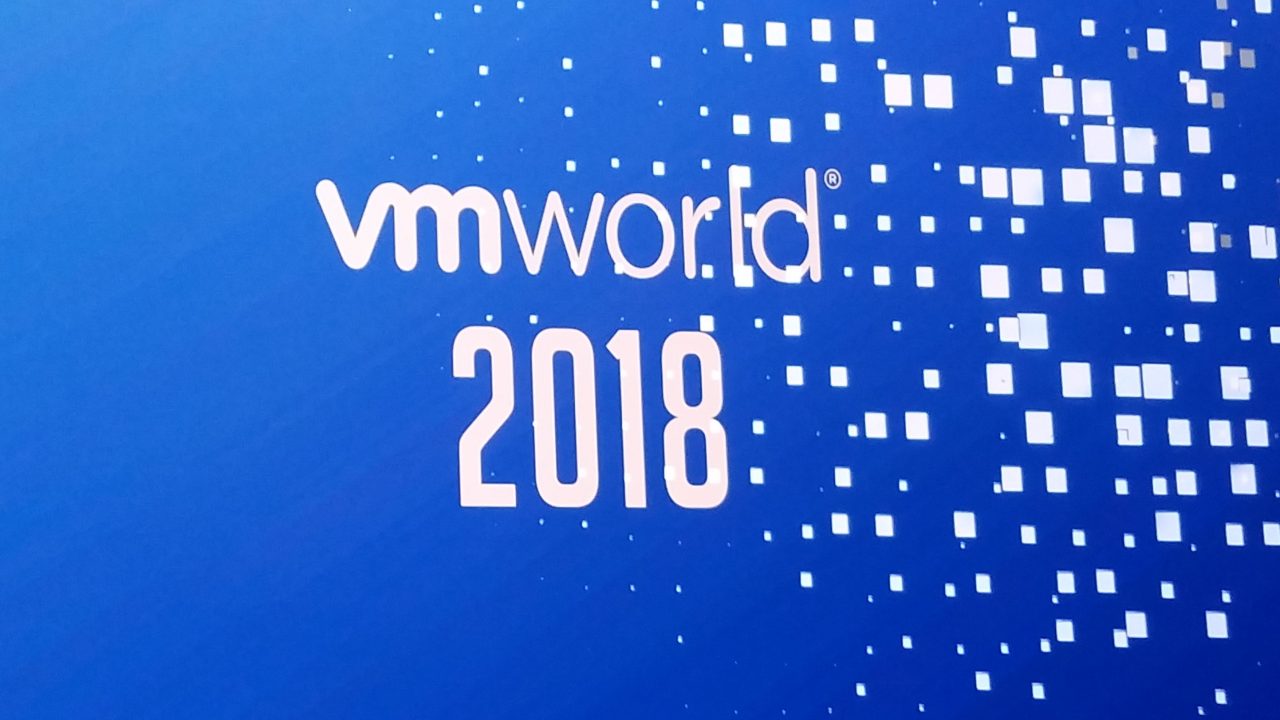 As VMworld 2018 kicked off with the day one keynote, its 20,000+ enthusiastic attendees packed into the Mandalay Bay in Las Vegas, I was once again impressed at the sheer size of this conference. I was even more impressed at the breath of enterprise offering VMware now has. Pat Gelsinger, CEO VMware begin his keynote with some VMware history. Pat noted that this year marks VMware’s 20th anniversary. Two decades ago VMware started with all of 5 people and a single virtualization product. Today VMware employs 23,000+ employees and offers a wide range of enterprise products that bridge the on-premise private and multi-public clouds. VMware is far more than just a virtualization company. Pat guided the VMworld 2018 day 1 keynote through a number of significant announcements.

VMware announces intent to acquire CloudHealth Technologies
One interesting point that Pat brought up in his keynote is the increasing use of multiple clouds. Pat stated that many enterprises use as many as eight to ten different cloud providers and many companies are moving toward having a new dedicated Cloud Operations position to manage all the different cloud providers. To boost its ability to manage multiple clouds VMware announced their intention to acquire CloudHealth Technologies, a global platform that supports multi-cloud operations. CloudHealth Technologies provides a cloud operations platform that can simplify operations bridging AWS, Microsoft Azure and Google Cloud.

Demo of ESXi on ARM64
One of the most surprising demos during the keynote was ESXi for ARM. This demo not only showed ARM64 based VMs running but it also demonstrated full vMotion capabilities for these systems. This move is significant as it shows that VMware ESXi has the capability to move out of the enterprise data center to embrace edge processing and devices.