In today’s Ask the Admin, I’ll show you how to manually designate a Wi-Fi network as a metered connection.

I recently found myself having to use a capped Internet connection while I was renting an apartment in Warsaw. Now while 25GB a week ought to be sufficient for the majority of people, because I work from home most of the time, it could be that I would quickly reach the limit and then be forced to work with a reduced download speed of 5MB/sec.

To preserve as much data as I could, I decided to designate the Wi-Fi connection profile as metered, which prevents Windows from downloading updates from Microsoft and from performing other bandwidth-intensive operations. Metered Wi-Fi connections can also come in handy when you simply have an unreliable or slow connection, so you can prevent Windows from performing any bandwidth-hogging activities in the background.

According to Microsoft’s website, a metered connection may limit the amount of data that apps can download, and that you might notice the following changes in OS behavior:

Under certain circumstances, Windows 10 is able to automatically determine whether a Wi-Fi network should be metered, such as when connecting to a mobile hotspot. Applications can also be made aware that the device is using a metered connection, although the only example I’ve seen of this is Outlook 2016, which when a metered network is detected will prompt you before updating your Inbox.

Follow the instructions below to set a Wi-Fi connection as metered in Windows 10. 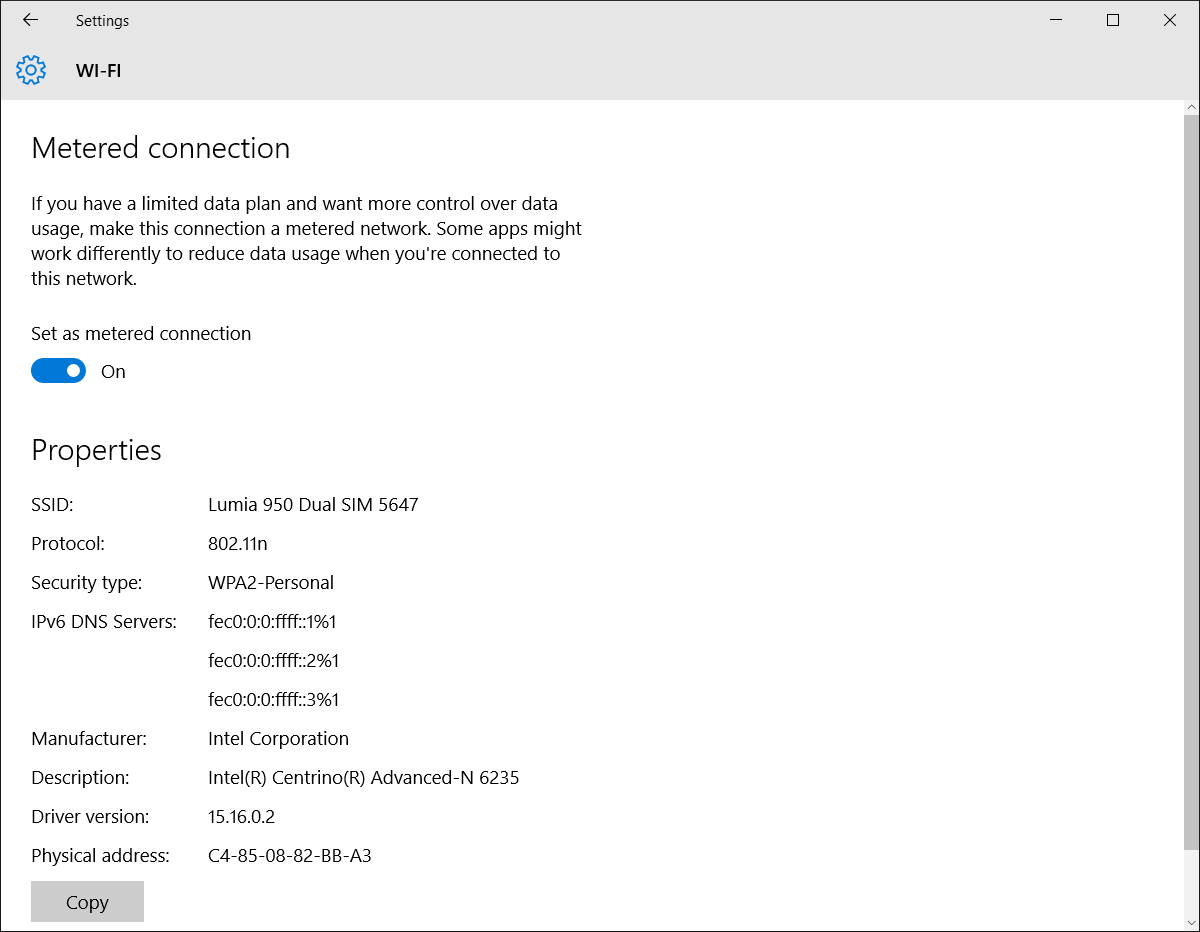