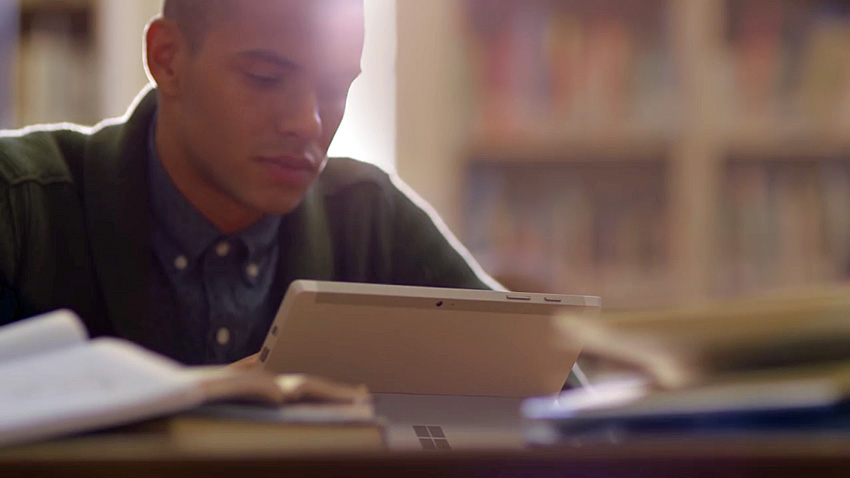 “The latest forecast has growth declining through 2016, which will make five years of declining shipments,” an IDC research note explains. “Growth should resume in 2017, led by the commercial market, while consumer volume continues a small decline through the end of the forecast in 2019.”

IDC—which admittedly has changed its PC market forecast repeatedly in recent years—had originally expected for 2015 to be a transition year for the market, with PC makers preparing for a late-year surge in Windows 10 PCs. But with the market contracting faster in the first half of the year than expected, the firm has come around to the inevitable. Something is wrong.

And that something isn’t just impacting PCs. Growth in tablets has fallen too, and smart phone growth has slowed dramatically. IDC now reports that “the combined volume of PCs, tablets, and smartphones is expected to grow only in the single digits from 2015 through 2019 as saturation and ‘good enough computing’ sentiments spread.”

For PCs, the first half of 2015 was apparently sunk by “a stubbornly large inventory of notebooks from prior quarters and severe constraints posed by the decline of major currencies relative to the US Dollar.” And while both IDC and Gartner had largely attributed the growth of mobile devices to the PC market declines of the past few years, now IDC is citing a number of issues, including the free Windows 10 upgrade, “a relative dearth of newer PC models in the short term, and channels that are reluctant to take stock also makes the prospect of growth unlikely through 2016.”

Microsoft, somewhat ironically, is responsible for at least two of these issues. In giving away Windows 10 for free during the first year, it has effectively killed interest in new PC models for the short term. And by moving up the release date of the OS from October to July in order to make the back-to-school season, Microsoft further hobbled PC makers which had been relying on that latter date to ship new Windows 10 PC designs. So they’ll still ship around the original October timeframe.

“IDC remains optimistic a modest recovery should come in 2017, when the prospect of the next refresh cycle and the cessation of a free Windows 10 upgrade should provide opportunities in notebooks and commercial segments,” the report continues. “In emerging regions, where consumer budgets have been divided across a myriad of devices, PC purchases are also expected to regain some interest.”

IDC now expects PC makers to ship 282 million PCs in 2015, a decline of 8.7 percent. Growth will be modest by 2019, with an expected 282 million units. But based on my experience with IDC, you can expect this and other numbers to be adjusted as we move forward.

As for the PC’s one-time foils—tablets and smart phones—things aren’t looking too pretty either.

In a separate report, IDC says that the overall tablet market will decline by 8 percent in 2015, not far off the expected PC slippage. That said, sales of 2-in-1 systems like Microsoft Surface will surge 86.5 percent, with Windows-based devices seeing a 60 percent jump. Sales of Android tablets and iPad are expected to fall 10 and 15 percent, respectively, in 2015. That said, 2-in-1s only account for about 7 percent of the overall tablet market this year (and arguably should be counted with PCs anyway).

And in yet another report, IDC says that growth in the smart phone market will be just a third of what it was a year ago as established markets become ever more saturated. “IDC expects to see a noticeable slowdown in smartphone shipments in 2015 as China joins North America and Western Europe in a more mature growth pattern,” the firm notes.

Smart phones are expected to reach 1.4 billion units in 2015, with Android controlling 81 percent of the market, and iPhone accounting for 15.6 percent. By 2019, this market should reach 1.9 billion units, the firm claims.