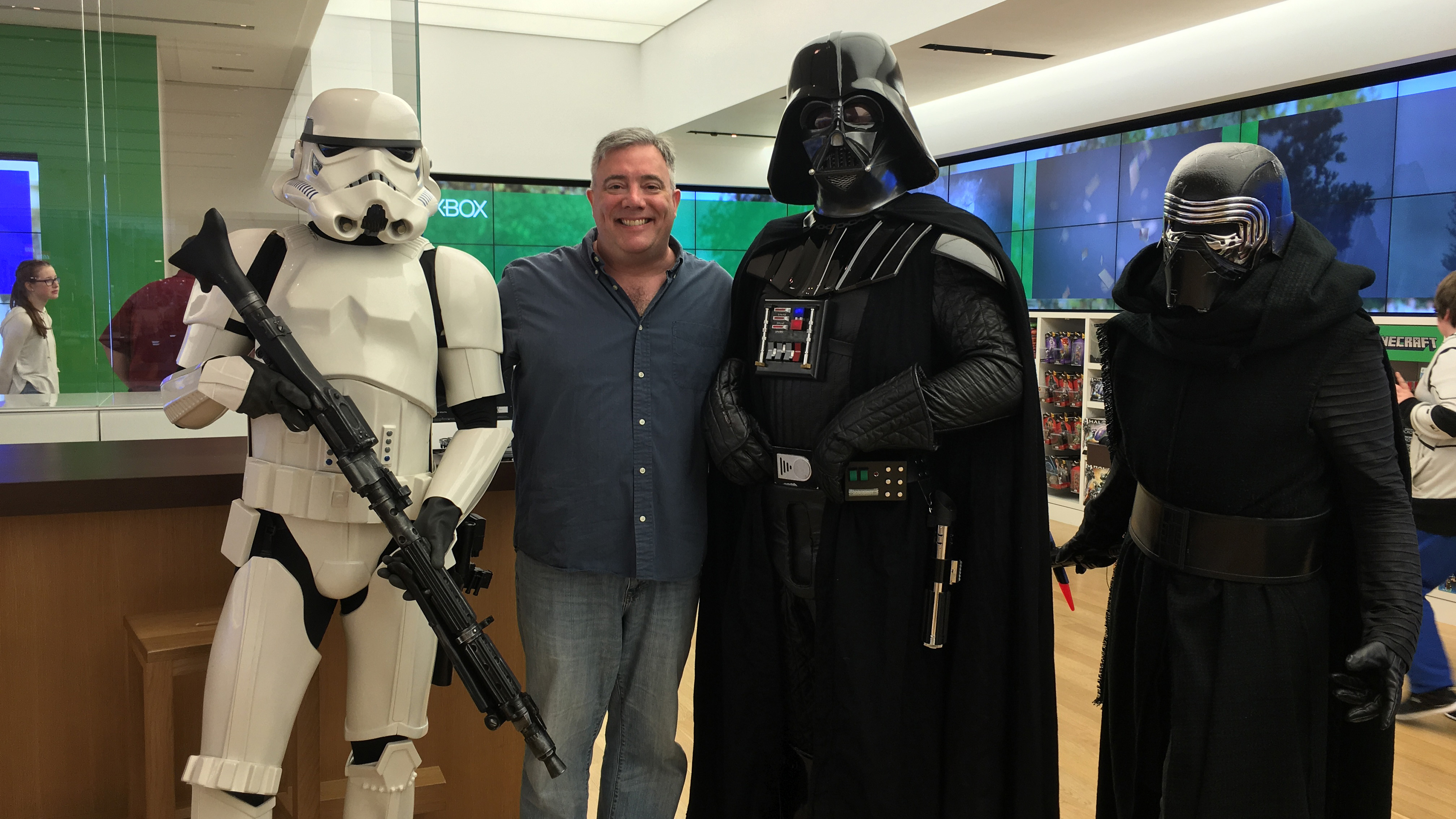 Petri off-site meeting. Brad is on the far right.

Because life is too short for crapware, this edition of Short Takes focuses on Microsoft’s decision to end the free Windows 10 upgrade and kill the upgrade nagware, Microsoft won’t fix Windows 7 bug, admins can no longer block Store on Windows 10 Pro, and much, much more.

I just enjoy seeing my name in a headline. Plus, the added all-caps is funny and unnecessary.

Well, Microsoft giveth … and Microsoft taketh. This one is a bit complex—the Inquirer has an overly satirical but accurate telling—but it goes something like this: Microsoft knows that a software patch it just changed from “optional” to “recommended” will cause certain ASUS PCs running Windows 7 to stop working, but it will not fix the problem. Instead, it is offering the following solution: “The Secure Boot feature [that causes the problem] is supported in Windows 10. To learn more about the security advantages of this feature and about the upgrade path from Windows 7 to Windows 10, go to the following Windows website.” Good stuff.

“Xbox One boss confirms massive update is coming to the console”

I’d be happy if they could just make the UI responsive.

IT admins, heads-up: if you would like to block the Windows Store from appearing in Windows 10, your users will need to be on Enterprise edition. That’s because the ability to block Store from Windows 10 Pro is being disabled. “Windows 10 Enterprise is our offering that provides IT pros with the most granular control over company devices,” Microsoft explains. “Windows 10 Pro offers a subset of those capabilities and is recommended for small and mid-size businesses looking for some management controls, but not the full suite necessary for IT pros at larger enterprises.” OK, not so much “explains.” But there you go.

And yet only Surface will heat up your bag! I’m here all week, folks.

In a new report, Microsoft said that it blocks over 10 million malware-based identity theft attacks every day, and that the rate of malware attacks is only accelerating over time. Nearly half of all attacks originate in Asia, Microsoft said, with Pakistan, Indonesia, Palestinian territories, Bangladesh and Nepal leading the way. (And Mongolia, Libya, Palestinian territories, Iraq and Pakistan being the most infected.) If you’d like to keep you and your PC safe, the least infected countries are Denmark, Finland, Iceland, Norway and Sweden.

Sure. Tell Redmond, Washington all about it, please. The mayor of Cupertino said this week that corporate behemoth Apple has triggered nothing but traffic in his town while hiding all its profits—and the resultant taxes that Cupertino should be reaping—in offshore accounts. “Apple is not wiling to pay a dime [in taxes],” he said in an interview with The Guardian. “They’re making profit, and they should share the responsibility for our city, but they won’t. They abuse us.” How bad is it? Even though Apple hid revenues of $181 billion overseas between 2012 and 2013, it paid only $9.2 million in taxes to Cupertino. It should have paid six times that amount, he says. Apple handles such criticism gracefully, as you might expect:”Total political crap,” Apple CEO Tim Cook recently said of tax complaints.

Wow, that kind of thing has never happened before.

There was a ton of SharePoint news this week, as you must know, but I found this little tidbit interesting, as I hadn’t seen a mention of Office Online Server in about two years: It’s now available. So what is Offline Online Server? It’s a way to host the cloud-based Office Web Apps internally on your own on-premises servers. (This was previously called Office Web Apps Server 2013.) That’s kind of a neat idea and yet another example of how only Microsoft supplies hybrid- and on-premises-based solutions in addition to pure cloud services. It’s something Google can’t ever match.

Yes, I have a question. People actually use Google Slides?