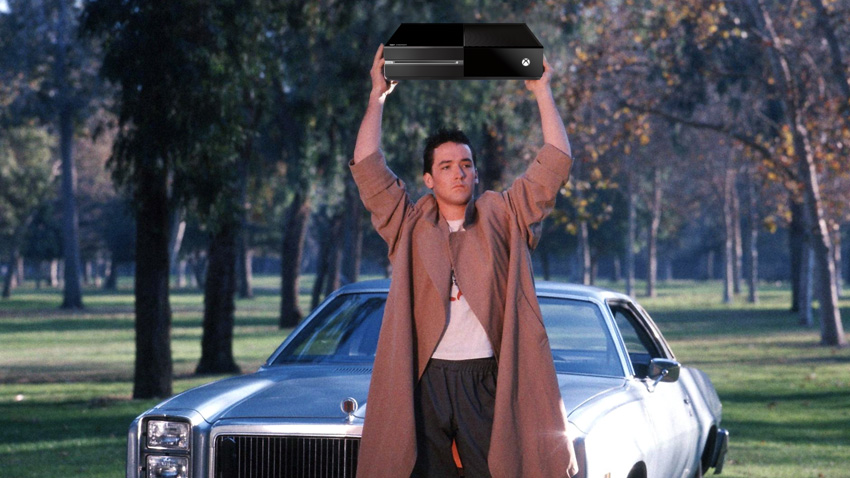 Because I said so, that’s why, this week’s other news includes Microsoft’s complex new servicing plan for the many Windows 10 product editions, a rare win for Xbox One, Microsoft bricks leakers’ consoles, Azure comes out ahead of AWS and Google in new report, and Supreme Court may soon rule on Android’s illegal market gains.

So it looks like Vietnam will be Windows Phone’s Vietnam.

In Microsoft Announces the Windows 10 Product Editions, I described Microsoft’s insane plan to increase the number of product editions, or SKUs, that it will offer for Windows 10. But that is just the tip of the complexity: In Piecing together the Windows as a Service puzzle for Windows 10, my Windows Weekly co-host Mary Jo Foley further explains which servicing options each SKU will get. And if your day has gotten off to a bad start already, you’ll need to sit down—and potentially ingest coffee and/or some aspirin—before trying to get through this one. You see, these different SKUs aren’t all straight supersets of each other. So while Windows 10 Education appears to be an education-oriented version of Windows 10 Enterprise, it in fact receives the same level of servicing as does Windows 10 Pro—a choice between immediate updates via Windows Update (“current branch”) or “Current Branch for Business,” which lets the organization defer some updates. And that’s just one example. So for this, Microsoft, I thank you. Your insane inability to make things simple is why I still have a job.

“Why Microsoft is calling Windows 10 ‘the last version of Windows'”

Actually, they’re not calling it that, oh master of clickbait headlines.

Xbox One snags a rare win, at least in the USA

In the 18 months since the current generation consoles—Sony’s PlayStation 4 and Microsoft’s Xbox One—launched, there’s been one near-constant: the PS4 has outsold the Xbox One almost every single month and has, over time, extended its sales lead. But in April 2015, the Xbox One tallied a small victory, though only in the United States, by outselling the PS4. That’s according to NPD, which again, only measures sales in the US. According to the firm, hardware sales of previous-gen consoles plummeted, but current gen sales were flat overall with last year. “[We] set record April sales for Xbox One last month,” Xbox marketing boss Mike Nichols said. “Xbox One console sales in the US increased 63 percent in April 2015 compared to April 2014.” But no worries, Sony fans: PS4 remains “the cumulative leader,” and by a very large margin.

If by “life” you mean 3 percent growth.

And speaking of Xbox One, some less than scrupulous beta testers leaked shots of the forthcoming Gears of War Collection for the Xbox One this week, giving gamers a peek at this eagerly-awaited port. According to an internal note sent by the company that organized the beta test for Microsoft, leaker’s consoles were made “entirely unusable” for some unspecified time period and their Xbox Live accounts were “permanently disabled.” What this means of course is that, unlike the Patriots and NFL, they were able to prove that rules were actually broken, so some form of punishment made sense. Or, more important, that Microsoft does indeed have a “kill switch” built into Xbox One, a fact that should alarm anyone with the console. Which Microsoft, of course, denies. “If a console is suspended from Xbox Live for a violation of the Terms of Use, it can still be used offline,” a Microsoft statement notes. “Microsoft enforcement action does not result in a console becoming unusable.” So which is it? Kill switch or no?

“The internet’s IP addresses are running out: Can IPv6 save the day?”

The State of Cloud Storage report by Nasuni claims that Microsoft’s Azure is superior to Amazon AWS and Google Cloud Storage when it comes to cloud storage. The report is based on a set of tests that were conducted over a months-long time period and tracked write/read/delete performance, availability and scalability. Azure came out tops, but AWS was a close second and actually beat Azure in a few scalability and availability categories. Google’s third place finish could be accurately described as “cute,” like when a baby dresses up like a parent so he can go to work.

“LG returns to Windows Phone with a budget Verizon handset”

Which is exactly what the market needs. Yet another budget Windows Phone handset.

You may recall that Oracle inherited a Sun Microsystems lawsuit against Google when it purchased that company; the suit alleges that Google infringes on its copyrights for Java, which Google used in building the free Android mobile OS. And you may further recall that while Google won the case, that ruling was overturned on appeal. So Google has further appealed the case to the US Supreme Court, arguing that it should be allowed to freely build on the work that Sun (now Oracle) did first. But the Supreme Court doesn’t hear every case, and in January it asked the Obama administration for its opinion on whether it should consider Google v. Oracle. And the opinions are currently all over the map, with some pushing a pro-Google stance and others pushing a pro-copyright stance. Frankly, I don’t think there’s a shred of doubt that Google stole code from Java and repurposed it in Android—that was well-proven in the original court case—and I think Google should be forced to respect the law. As an Oracle attorney noted—and, seriously, look at me agree with Oracle—”Google’s argument that the code lost all copyright protection because it became popular and Google wanted Android to be popular, too, would not fly for any other work.” Exactly. Google is a thief. And it’s time for the Supreme Court to say so.