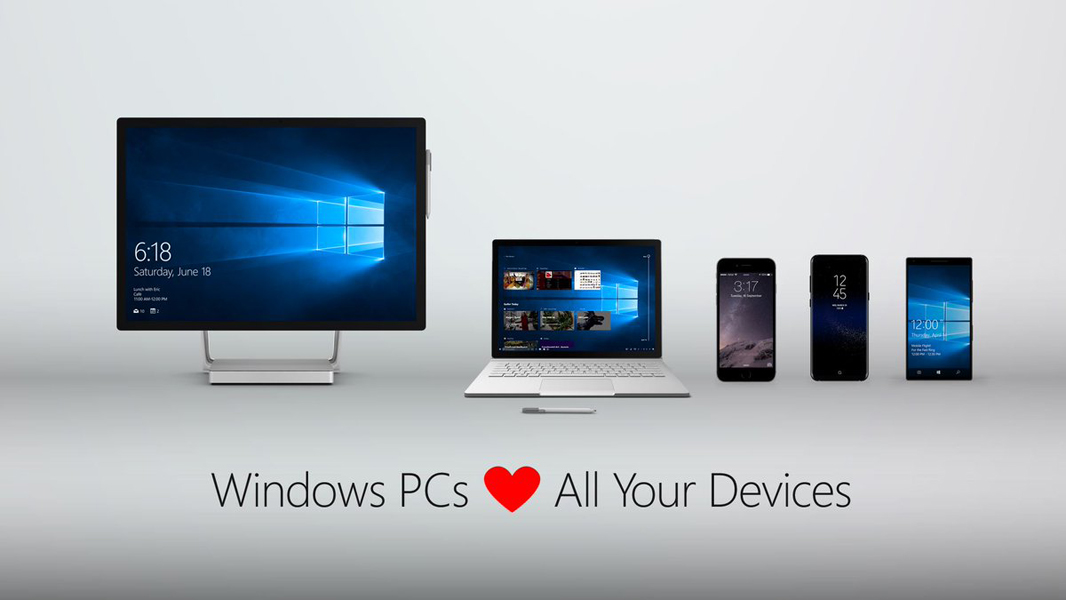 Because Build 2017 made for a very long week, this edition of Short Takes looks at Microsoft’s new Windows strategy, the Fall Creators Update, the Microsoft Graph, Microsoft Edge, Mixed Reality, and more.

I wrote about this over on Thurrott.com, but it’s worth repeating: Lost in all the hub-bub over Microsoft’s 1273 Build announcements this week was the biggest news of all: Microsoft has answered its wake-up call and now understands that Windows, once its core product, now plays only an ancillary role in its customers’ lives. So instead of improving without any regard to this reality, Microsoft will instead make Windows 10 truly useful for people by making it work better with the devices—smartphones, mostly—that people really use all day long. I cannot applaud this move enough, as it’s pragmatic, smart, and respectful of customers. And for those of you still stuck in the past, no worries: Windows will still continue to get better and better with each release.

“Windows 10 Features Are Coming to iOS and Android”

And you thought Microsoft didn’t have a mobile strategy.

With the “Fall Creators Update,” Microsoft runs out of (naming) ideas

No offense to Microsoft, but this company can’t brand things properly. Consider the so-called Windows 10 Creators Update, which includes exactly two “creator” features—3D Paint and Beam game streaming—that, worse, virtually no one will ever use. So you’d think that the software giant would learn from this mistake and go in a different direction for the next update. Nope: The “Fall Creators Update”—which I understandably misheard as the “Full Creators Update” when I was first told the name—shows that Microsoft remains curiously tone deaf when it comes to branding.naming. What’s next? The Spring Creators Update? We get it: We’re all creators. How about creating a new name?

And only three years after the Echo! So much for not missing the next wave.

One of the other weirdnesses about the Windows 10 Creators Update is that it didn’t bring too much in the way of new IT functionality. Well, I hope you like consistency, because the Fall Creators Update is more of the same. And when we asked Microsoft is maybe there was some future set of disclosures about new IT functionality, we got a nice “nope” in response. What is there is fine, if not fully expected: The Fall Creators Update will let you choose from different Linux subsystems—adding SUSE and Fedora to the current Ubuntu choice—though I’d argue that’s more of a developer feature. And … I guess we could throw some of the cross-device stuff into the productivity column. But that’s about it. I guess Microsoft is too buy “sparking creativity” with this release to worry about such prosaic things as getting work done.

“Here’s How Microsoft Wants to Liven Up Boring Business Meetings”

Whoopee cushion as a service?

Microsoft’s real future on the client: The Microsoft Graph

Office 365 users and Microsoft’s enterprise customers are probably familiar with a set of services the software giant calls the Microsoft Graph. Well, everyone had better get used to this term, because it’s the real future for Microsoft on the client. What’s happening is that Microsoft is expanding the Graph to include many more “inputs”—basically services and other sources of information that are relevant to individuals—and opening it up to consumers. It will power Windows 10’s future cross-device capabilities, will work with Microsoft accounts (for consumers), and is, in essence, the embodiment of what I’ve been saying for a while: Microsoft’s future is in the cloud. And this is a big part of that future.

“Apple iTunes is coming to the Windows Store”

I thought they didn’t allow malware in the Store.

Just kidding! No, Microsoft will not separate Edge from Windows 10

When Microsoft launched Windows 10 in mid-2015, it also introduced its new web browser, called Microsoft Edge. As a new product, Edge really needed to be updated regularly—it still does—but because it’s tied to the OS, Edge has only received three feature updates so far, while its web browser competitors are updated all the time. Microsoft has long promised to separate Edge from the OS at some point, and while I have argued that the most updates were needed up front, I’ve at least held out hope that they would eventually wake up and do the right thing. Nope. Microsoft now says it has “no plans for [unbundling Edge from Windows 10] right now.” The good news? Anything is possible in the future, as always. “Never say never,” the firm added. So I’ll say never: Edge will never be successful, Microsoft. And this is one reason why.

Take a bathroom break before the keynote.

I’ve long railed against the way Microsoft demonstrates its HoloLens augmented reality headset on stage because the sweeping panoramic views they show off are, in no way, reflected in the limited, mail slot-like view you get when actually using the device. Now, Microsoft is using the same marketing approach with its Mixed Reality initiative, in which several PC maker partners will flood the market with inexpensive, Windows 10-compatible “mixed reality” headsets that Microsoft says form a “spectrum” of capabilities. This is a lie: These headsets are simply VR (virtual reality) products with occluded views, and there is no augmented reality element at all. The one innovation, is that they include on-device sensors for room detection, but even that is far less powerful than what’s in HoloLens. Microsoft, it’s time to come clean on this stuff. It just makes you look bad.

Oh, HP. You don’t have to beat Lenovo in every category.