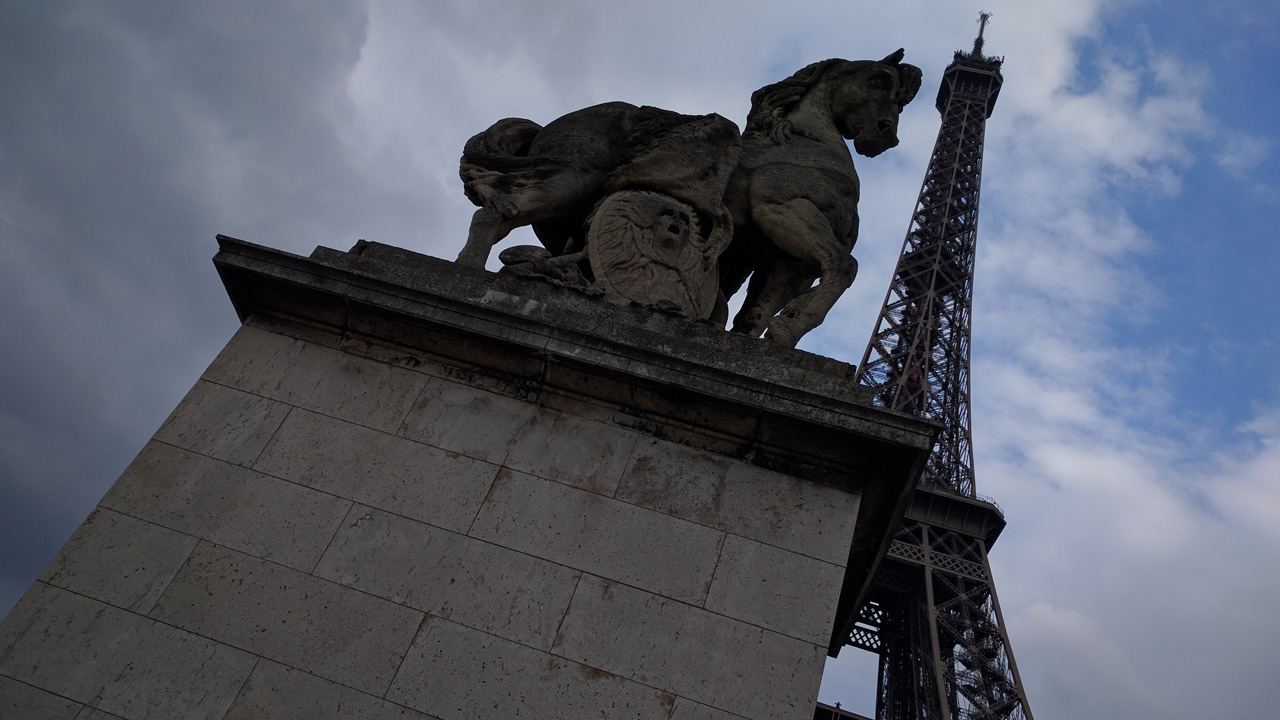 Because in Paris personne ne peut vous entendre crier, this edition of Short Takes focuses on some important questions about Microsoft’s earnings and lack of transparency, the relative success of Surface Hub, Intel vs. Qualcomm, Eric Snowden’s new product offering, and more.

In the wake of its quarterly/annual earnings report earlier this week, Microsoft finds itself being criticized for hiding the true health of its various businesses by using non-GAAP financial measures. “That means they didn’t conform to Generally Accepted Accounting Principles, which are designed to provide investors with the most transparent view of a company’s latest financials,” USA Today reports. It’s a serious charge, and it appears that Microsoft is violating U.S. Securities and Exchange Commission (SEC) rules when it does this. For example, Microsoft CEO Satya Nadella claimed that the firm’s quarterly revenues were “up” 5 percent, but that’s using non-GAAP (read: invented) accounting; in reality, Microsoft’s revenues were down 7 percent YOY. Microsoft CFO Amy Hood similarly used non-GAAP numbers when discussing the quarter in a public conference call with press and analysts.

“As PCs Decline, Microsoft Betting Its Future on the Cloud”

Earningsgate: Why Microsoft is hiding how its really doing

So why would Microsoft bury GAAP numbers in its financial reports and focus on non-GAAP numbers instead? Well, that’s obvious: In this transition phase the company is now in—which I wrote about in Behind the Numbers: Microsoft Continues Its Transition to the Cloud—the firm is moving from an unpredictable but high-margin software sales model to a high-volume and predictable, but lower-margin—cloud services subscription model and … yes, it basically makes less per user. The goal, I assume, is to fool the public into believing that everything is fine during a transition in which it could rightly be expected to temporarily struggle, and then emerge on the other side of the transition untarnished. It is, thematically, what VW tried with its “clean” diesel engines: Deceive the public until the technology caught up. Which in VW’s case, it did not.

Here’s a real tip: Just wait one week, since this is a feature in the Anniversary update.

Earningsgate: Windows 10 is to blame

I also wrote in Behind the Numbers: Microsoft Continues Its Transition to the Cloud that Windows 10 was a “mixed blessing” for Microsoft. And as it turns out, Windows 10 (and, to some extent, Office) is to blame for Earningsgate. Windows 10 is purchased like old-school software, but it’s updated and serviced—at an ongoing cost to Microsoft—like a service, and over several long years. So Microsoft defers Windows 10 revenues over time to help balance out how those revenues are applied to the cost of supporting the OS over that time. Since the majority of the difference between Microsoft’s GAAP and non-GAAP revenue numbers for the quarter is attributed to Windows 10 by Microsoft itself, one can correctly claim that the 61 percent in gross profit margin shortfall in the quarter is in fact caused by Windows 10. A mixed blessing indeed.

“As PCs Decline, Microsoft Betting Its Future on the Cloud”

You don’t need to even know what that means to know it’s not complimentary.

Earningsgate: Microsoft’s lack of transparency is the worst part of its earnings report

With regards to transparency, I’ve made this charge before many times in the past, but I wasn’t referring to GAAP and non-GAAP accounting specifically. Instead, I’ve long thought that Microsoft—and other publicly-traded companies, of course—should be forced to be completely transparent when it comes to reporting on its financial health. And that means we would see exact quarterly figures on such things as Windows license sales, Xbox console sales, Surface hardware sales, and so on, each broken done by model or product version. It is astonishing to me—yes, I’m naive—that companies can hide this information from shareholders. Instead, we get screwy, non-financial health metrics like “engagement” or “number of hours spent playing Xbox Live.” Please. Show me the money. And the numbers.

“Microsoft and 1999’s Other Stock Market Darlings: Where Are They Now?”

Earningsgate: Microsoft has fooled them all … for now

Barring some crackdown by the SEC, Microsoft’s gambit seems to have paid off, at least in the short term: The company’s stock surged this week and by this morning was trading near its historic high, though it never did quite make that mark. That speaks nicely to the vagaries of the stock market, of course. In the previous quarter, when Microsoft just missed expectations on its cloud businesses, the stock tanked. This quarter, using some accounting shenanigans, things looked rosier. But the business will, by nature, lurch around as we move forward. And there’s no guarantee that Microsoft’s cloud revenues will ever make up for the loss of revenues on the traditional software of the past.

“Verizon to customers: No more data gobbling for you”

Or, the weirdness of a business punishing customers for using the product they sell.

With Surface Hub, success is relative

Brad reported yesterday that Microsoft Surface Hub had availability issues thanks to high demand that exceeded expectations. But that demand has triggered sales of just 500 units—yes, five hundred—which sort of puts things in perspective: This is no volume market. Of course, at an average selling price of over $15,000 the Surface Hub ain’t cheap. So to put those numbers in Windows terms—assuming an average cost of $100 per Windows license—it’s like Microsoft sold 7.5 million units. That tells me that this business is just as strong as that for Xbox One, if not better. And I didn’t even need to use non-GAAP accounting to get there, though my math should be just as suspect.

“You can now embed Periscope broadcasts anywhere on the web”

This is a solution looking for an idiot.

Tale of the times: Intel down as Qualcomm surges

Microsoft isn’t the only tech company that reported earnings this week: Chipmakers Intel (PC/server) and Qualcomm (smartphone/tablet) both reported earnings too. And the difference couldn’t be more stark. Intel’s quarterly profit fell 51 percent as the firm took a $1.4 billion charge to cover a workforce reduction of 12,000 employees. Qualcomm, meanwhile, posted better-than-expected results, with a 22 percent jump in revenues YOY. But here’s the real kicker: Qualcomm’s profits and revenues both outpaced those of Intel in the quarter, and Qualcomm shipped far more chips (unit sales) than did Intel. The times, have have a changed. Or something.

This is what passes for news on Apple blogs.

Edward Snowden takes on his biggest challenge yet: Product design

You gotta give Edward Snowden credit: Our favorite whistle-blowing asylum seeker is sticking to what he knows. This week he announced plans for an iPhone add-on that constantly monitors the electronic information going in and out of the device’s radios and can protect users’ privacy with advanced hacking and surveillance capabilities. “One good journalist in the right place at the right time can change history,” he said this week (remotely, of course). “This makes them a target, and increasingly tools of their trade are being used against them.” According to Wired, this coming device could really change things for reporters working in dangerous countries that have been, to date, tracking them via cell phone signals. Interesting.

It stores a lot of data, too.