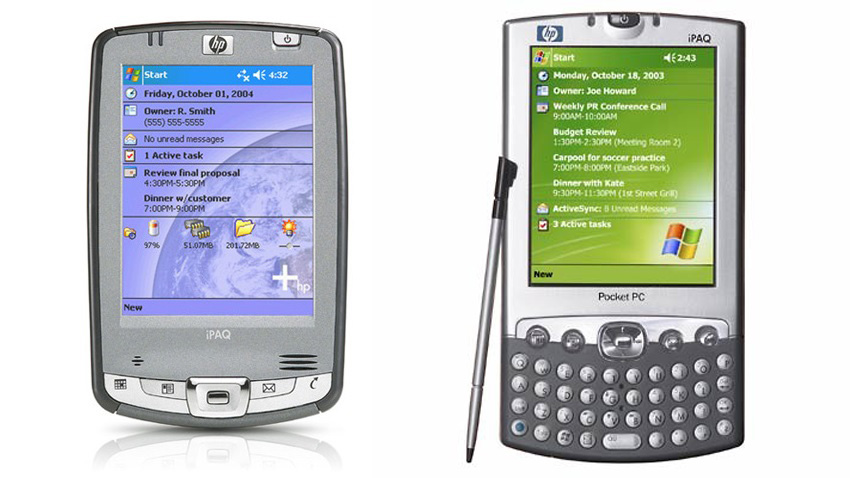 What’s old is new again? HP could be plotting a return to phones!

Because I’m always jolly, this week’s other news includes Microsoft’s over-insistent efforts to get customers upgraded to Windows 10, a rumored HP Windows phone, Blackberry attacks Apple, the FCC investigates zero rating, and you’re never going to believe how easy it is to hack Linux.

Microsoft accused of “nagging” users into upgrading to Windows 10

I’ve been surprised by the all-out FUD attack on Windows 10 in some quarters, and have consistently railed against the false claims that this OS in any way is a privacy concern. But this complaint is valid: Microsoft is overly-aggressively pushing the free Windows 10 upgrade on Windows 7 and 8 users. And as the complaints have mounted, Microsoft has only gotten more aggressive. And it’s going to get worse: Starting in January, Microsoft will redefine the Windows Update-based Windows 10 upgrade from “optional” to “recommended,” meaning that millions of Windows 7/8 users will simply be upgraded automatically. This is unacceptable, and Microsoft needs to scale back its ambitions, which in this case are coming at the expense of the explicit desires of its customers.

Right. I can see no reason why a name change won’t be all it takes to completely turn things around.

Is HP planning a return to phones … to Windows phones??

Since HP’s aborted plan to go its own way in phones with webOS, I’ve wondered when—or if—the firm would come running back into the waiting arms of long-time partner Microsoft. It would have happened already, I think, if it weren’t for one sad fact: Microsoft’s Windows Phone platform hasn’t exactly been a huge success. OK, it’s not a success at all. But a benchmarking web site recently noted the appearance of a new Windows 10 Mobile-based handset, called the HP Falcon, suggesting that a comeback is possible. Could it be? And if I threw salt over my shoulder and sacrificed a chicken, would that help? I’m here for you, HP.

As they always have, yes. So do upgrades. And, hey, thanks for writing about our platform. You should try using it sometime too.

When you have zero market share and a similar amount of mindshare, you need to make some noise. And Blackberry has done just that this week, accusing Apple of “putting their reputations over the greater good” by providing encryption capabilities in iOS that benefit criminals as well as normal customers. Of course, Blackberry is Canadian, so as attacks go, it was pretty polite and didn’t even identify Apple by name. “One of the world’s most powerful tech companies recently refused a lawful access request in an investigation of a known drug dealer because doing so would ‘substantially tarnish the brand’ of the company,” Blackberry CEO John Chen wrote. “At BlackBerry … our privacy commitment does not extend to criminals [and] we reject the notion that tech companies should refuse reasonable, lawful access requests.” Normally, this kind of pandering is of little interest to me, but I bet it will resonate with law enforcement and governments. Too bad it’s too late for Blackberry.

LOL. Headline of the year.

Allow me to cut to the chase: They do. AT&T, Comcast, and T-Mobile have all struck deals with content providers like Netflix in recent weeks which allow their customers to access streaming services without taking a hit against their data limits. Which sounds consumer-friendly until you realize that these deals are subsidized by content providers that can afford to do so and, in doing so, they are shutting out competition. This type of deal, called “zero rating” streaming, is the perfect ploy because you can see where consumers would love such a deal while not understanding the wider, long-term ramifications. If you’re looking for a monoculture where only Netflix and very few other well-funded services survive, please, do make that short-term play without thinking about the future, F.C.C. Or, just do the right thing. And put a stop this to pay-for-play baloney.

Nope. If I’m going to pick up my phone to “call” an Uber, I’m going to use the Uber app. Obviously. What’s next? “Buy something on Amazon using Skype?”

Years ago I was amused to watch a Linux expert break into a Linux PC that was locked with a password-protected admin-level account. And it seems like not much has changed all these years later: Security researchers from the Cybersecurity Group at the Polytechnic University of Valencia (UPV) in Spain have discovered that it’s possible to bypass any kind of authentication and take control of a locked-down computer that runs Linux just by hitting the backspace 28 times. This laughable fact—which I’ll now refer to as “28-bit encryption”—would be damning for Linux if it weren’t for one other fact. No one uses Linux on the PC desktop, where physical access is more readily available, so this doesn’t matter in the slightest. I’ll also point out that that myth about “a million eyeballs” hasn’t exactly been paying off either, has it?

“Humans are slamming into driverless cars”

It’s only a matter of time before they realize the problem is people, and figure out the obvious solution. Isaac Asimov foresaw this.