The Path Ahead for Microsoft’s Windows

When Microsoft announced the major reorganization of Windows late last week, the impact it will have is profound and is raising a lot of questions about the future of the platform. In an effort to help better understand what is happening, I poked around a bit and talked to everyone from IT pros around the globe to people who directly work on Windows to shine a bit of light on the subject as we wait for the dust to settle.

And it may not take too long for this dust to settle. To recap what Microsoft has done, they took the Windows and Devices Group and split it into two groups; the eye candy and experience side of Windows is now run by Rajesh Jha but the core of Windows development is now lead by Jason Zander (all flavors, desktop, server, etc) but he reports to Scott Guthrie which means he truly has the final say on this portion of Windows. So yes, this could get a bit messy with all of Windows decisions bouncing around several people instead of one (Terry Myerson) but this is the new future of the platform.

What’s interesting to look at now is what got us to this point. Microsoft went down a massive process called ‘OneCore’ where the company tried to have one base for Windows and then add layers on-top for different scenarios like IoT, Desktop, Mobile, Xbox, etc. But, seeing how the reality of this played out, it appears that this was a failure on Microsoft’s part as the end result does not appear to have changed their position in the market in any noticeable way.

The other big initiative that was part of this overhaul of Windows was universal apps with the goal of write once, run everywhere. The UWP platform has not lived up to its promise and is a former shell of its original dream as there is only really one place to run them, the desktop. Yes, Xbox and Hololens can run these apps but the UI/interactions is dramatically different than what you experience on the PC and typically needs a serious overhaul to make the apps more effective on these platforms. 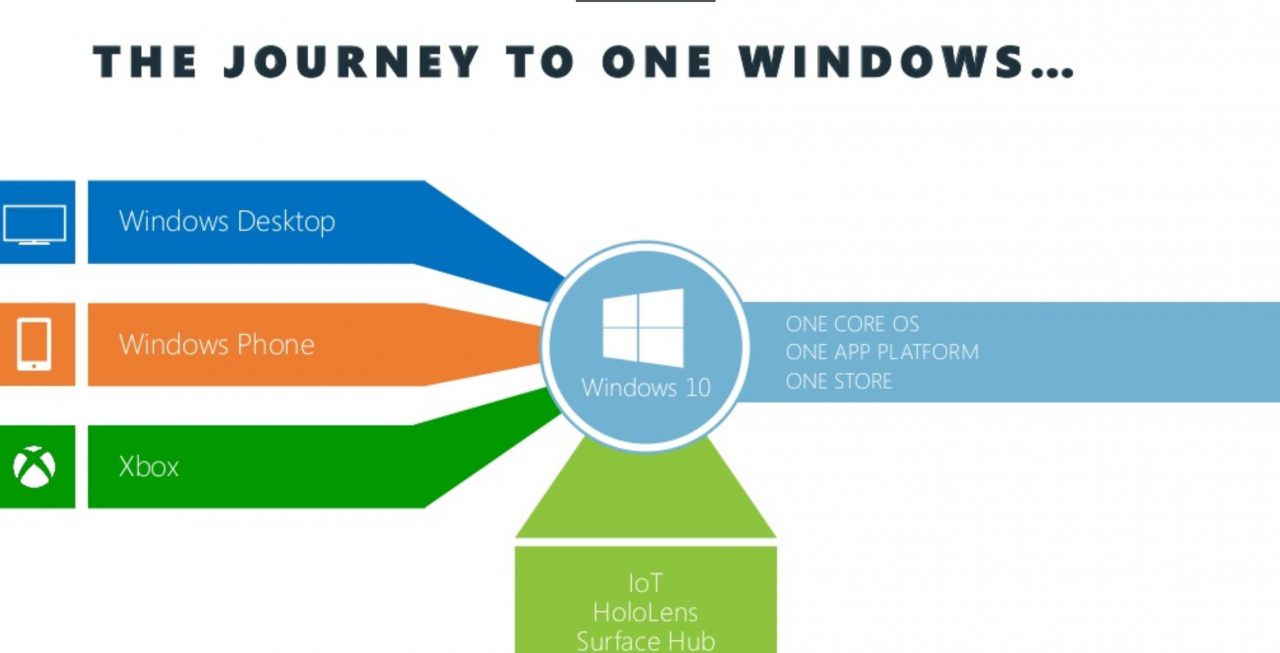 After the announcement of the re-org, I spoke with a several IT Pros who each service more than 10,000 PCs and all of them had the same question, “do you think this will mean the end of two updates per year?” Microsoft has already extended the lifecycle of early versions of Windows 10 and now with a new development head (Zander) there is renewed hope that a single update per year will become a reality.

At this time, we don’t truly know what the future will bring to the development of Windows as we are still waiting to see how these new leaders will add their own flavor to Windows. I can say one thing with confidence though, and I have been hearing this for several months; it’s business features first, consumer features last. If a new feature does not add value for its corporate customers (where Microsoft makes a significant portion of its Windows revenue) then it’s not a direct priority.

Employees inside the company are echoing a similar frustration to management about the direction of Windows as its future has been waffling for the past couple of years. Most notably, with the platform now being demoted internally as it does not have a representative on the Senior Leadership team and when you add in the frequent failures for consumer use-cases, it has been a demoralizing experience.

While some will say that this is a few sour employees voicing their opinion and there are many bright spots inside of Microsoft, Windows is not one of them right now. 3D paint, Groove, Band, Windows Phone, Mixed-Reality headsets, Cortana, Edge, and UWP have all come up short of expectations and these repeated blows with a lack of meaningful success are demoralizing to the employees working on these teams who find themselves now working on Windows to find out yet again, it’s getting a backseat when it comes to management representation.

It’s not all doom and gloom, Azure, Office, and many other corporate projects are doing exceptionally well which is why we are seeing this dramatic shift for Windows; it’s now or never for the platform to find it’s long-term path forward to remain sustainable.

What will be important to watch is to see how Jason Zander directs the development of the OS as this will be the leading indicator of that direction of the platform. While we all hope that it moves to a single, annual release, remember that Server is also on a multi-year (Semi-annual channel) release cadence too. The ball is in Zander’s court to make the big (and tough) decisions about if Microsoft is going to update the lifecycle cadence of Windows (again) or remain on the current trajectory of rapid release.