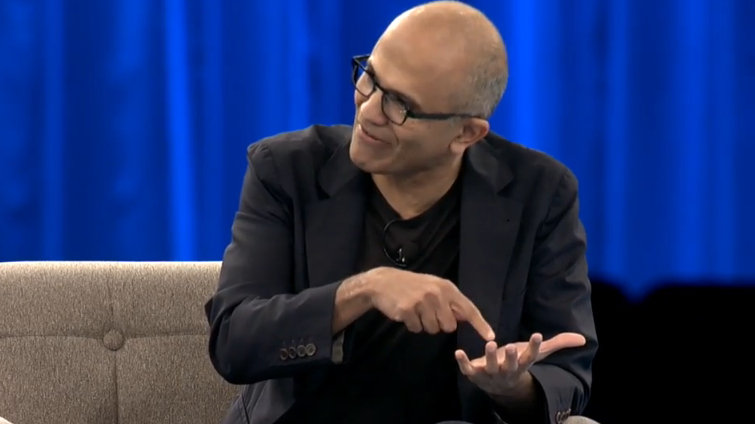 Microsoft’s CEO, Satya Nadella, took the stage at Dreamforce and when asked about HoloLens, he stated that development kits will start going out next year. He also reiterated that HoloLens is on a five-year path and that the enterprise will be the first target of the device.

The reason behind targeting corporations firsts is that they have the capital and capacity to fully explore the capabilities of this type of computing device. Seeing as HoloLens first real-world use case is designed for 3D modeling and architectural planning, the corporate customer can benefit by using a HoloLens on day one.

The fact that this device is on a five-year track to reach the consumer shows Microsoft’s commitment to the technology as they see it as the future of computing. It’s because of this vision that they are willing to invest for the long-term and are not pushing to release the product before the market is ready.

Nadella focused on the fact that initially, these devices will excel at the single application use in the corporate environment. He stated that once you use it with Autodesk Maya, there is no going back if you are an industrial designer.

Other areas that Microsoft is curious to see how HoloLens changes our current perception of computing and interaction is with customer service. Nadella believes that as more companies get their hands on the device, they will find unique ways to leverage the technology to help drive adoption of the platform.

But, HoloLens for the masses is still years away and for Microsoft, that makes a lot of sense. This technology and how to use it is still in its infancy and if they release a product that is suboptimal, recovering from that could be a very expensive process. More so, with all the research and development time that has gone into this device, it needs to be released when it reaches a high quality user experience and not simply shove it out the door for the sake of wanting a new product on store shelves.

It is certain that consumer-based virtual reality devices like the Oculus Rift will be released years ahead of the HoloLens and while they will be compared, Hololens is augmented reality, a different beast than virtual reality.

HoloLens is Microsoft’s long-term vision for the future of computing and like nearly all new technologies, the first few iterations can be a bit rough around the edges which is why Microsoft is taking its time with this device.

You can watch the entire interview here, the reference to HoloLens starts at 45 minute mark.