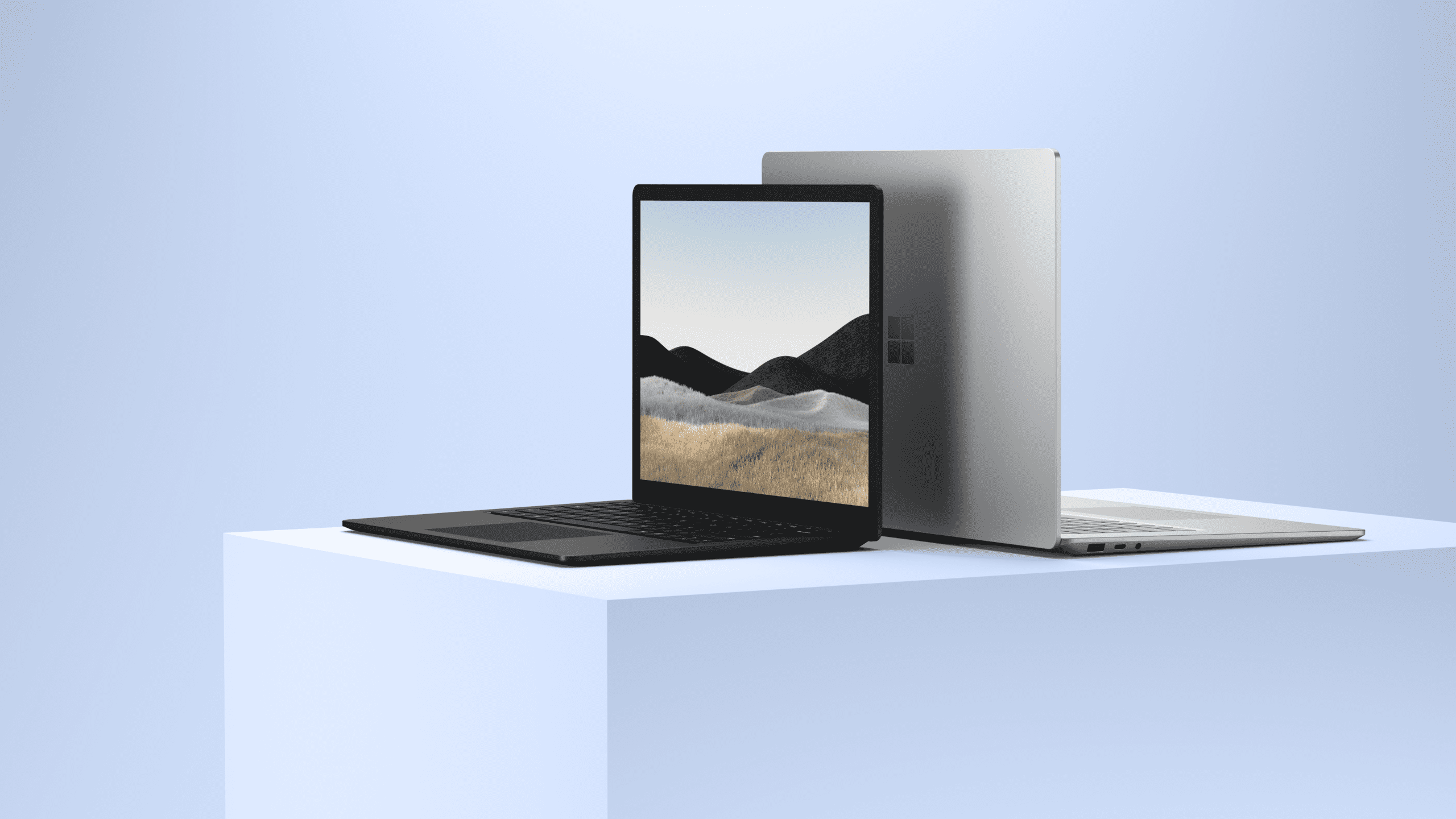 The Surface Laptop 4 offers a choice of Intel 11th generation chips or AMD Ryzen Mobile Processors with Radeon Graphics Microsoft Surface Edition – yes that is the proper name and they are the 4000 series chips – with prices starting at $999 and topping at $2499. There is also a new color called Ice Blue and the device is up for pre-order today in the US, Canada, and Japan; it will begin shipping on April 15th. And if you order a Surface Laptop 4 before April 15th at Microsoft of Best Buy, Microsoft will toss in a pair of Surface Earbuds for free.

As with the previous iterations, the Laptop 4 comes in 13.5 or 15in and some color options come with Alcantara or metal finishes. The device also continues to feature the 3:2 201 PPI display, Omnisonic speakers, HD front-facing camera, microphone array, and the same ports which means the Surface connect lives to see another generation.

But as much as I want Surface to drop the connect port and go all-in on Thunderbolt, I don’t think we will see that happen until USB-4 becomes mainstream. That being said, for corporate customers who have invested heavily into Surface docks and chargers, keeping the same port reduces the friction for adopting the new laptop.

One of the bigger SKU differences with this generation is that the Surface Laptop 4 comes in both AMD and Intel flavors up and down the pricing and options list. Meaning, both consumers and businesses can get AMD or Intel processors in both the 13.5in size and the 15in configuration. Also new for this generation, you can spec up to as much as 32GB of RAM but that option is only available with the Intel chips.

When it comes to the Surface Laptop 4, the hardware is about as vanilla as it gets for Surface and I think that’s ok. There’s no fancy hinge, no detachable display – it’s a no-frills laptop that fills the gap by left by the Surface Pro and Surface Book.

While I don’t have a review ready quite yet, be on the lookout for the next couple of weeks as I will get my hands on this new hardware later today and will have a much more detailed follow-up once I get more time with the new laptop. But, based on my experience with the last generation Surface Laptop, as long as the AMD chips have improved performance, this should be a safe purchase as long as the quality remains the same as the previous iteration.