What Is Microsoft System Center 2012 – Orchestrator? 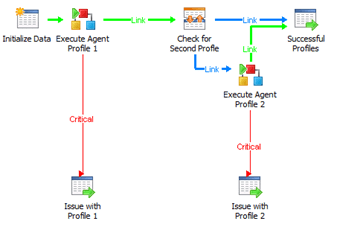 If the thought of automating your most common mundane tasks so that you’ll never need to repeat them again sparks excitement and anticipation, then the new System Center 2012 – Orchestrator component should make you very happy. Historically, the most common method of creating this automation was by crafting a script, which could lead to anxiety and frustration for many IT pros, who often believe that coding is a job left to developers. In this article, I’ll provide an overview of Microsoft’s System Center 2012 – Orchestrator and how this automation tool can work for you.

Shrinking IT budgets and resources translates into an even greater need for scripting and automation, so much so that IT pros who enjoy scripting and are adept at automating IT tasks move on in their careers as they can achieve more with less.

Microsoft has been acutely aware of the challenge facing IT departments with shrinking budgets and human resources. Through the acquisition of a company and product called Opalis in 2009, Microsoft set out change the behavior of IT pros by providing a tool — somewhat similar to Visio in appearance and usage –that could enable the creation of complex IT automation by essentially drawing the process on a design canvas! Using Opalis, system administrators could potentially  replace all those lines of PowerShell code with a visual IT automation tool. Opalis was quickly integrated into System Center and renamed “Orchestrator.”

Through the use of a simple drag-and-drop interface, Orchestrator quickly enables you to visually represent the flow of activities you wish to execute to achieve your automation objectives, in quick and intuitive manner.

Each new drawing — called a runbook — is automatically stored to the central Orchestrator database, removing the requirements to save files in many locations.

Runbooks can be started (or triggered) through a number of different mechanisms (including other runbooks) allowing you to create a modular collection which can form the basis of a reusable IT task automation library  which you can leverage in other runbooks, vastly reducing time and effort as you build your arsenal of automation.

One of the most powerful types of activities available for use in your runbooks are called monitors. These activities will monitor a source — such as an event log, a SharePoint list, or an Operations Manager alert — and once a match is detected, trigger the proceeding steps in your runbook. Through the use of these activities thousands of new possibilities are unleashed, and your imagination becomes the only boundary to lots if IT automation possibilities.

As an example, let’s consider a runbook that is monitoring a SharePoint calendar which you have created for your team to notify team members of scheduled system maintenance.

Challenged with the arduous task of implementing this through the use of a script many IT pros would cringe and politely decline the offer. With the power, flexibility, and extensibility of Orchestrator, automating such a scenario would likely take just a few hours for a complete novice!

In a follow up series of posts, I will guide you in becoming an automation ninja; using the power of Orchestrator to craft flows which will not only address the above challenge, but enable you to ignite your imagination, and start creating runbooks which will change the way you work.

Remember, with Orchestrator “If you can draw it, you can do it!”