Earlier this year, Intel released its next generation chips that are referred to as Skylake for the consumer and in the near future, a new wave of business machines using a business class version of these CPUs will be released. Generally new processors are a good thing, but if you are running Windows 7 or 8.1, Skylake presents a few problems.

Windows 7 was released in 2009 and while it is widely used by business customers today, using silicon that is designed for tomorrow’s computing environment has presented a few problems with performance and stability. Specifically, Microsoft says that to make the older operating systems run on the newer chips, they need to emulate Windows 7’s environment, which has a negative performance impact on WiFi, graphics, security, and more.

To make sure that your machine works well with the older operating systems, Microsoft is going to be publishing a list of machines from large OEM vendors that will officially support the new chips. The reality of this means that if you are going to be buying a new machine with a Skylake processor, you need to make sure it is on the supported list that Microsoft will be posting next week, otherwise it will not receive the updates necessary for Windows 7 or 8.1 as you would expect. 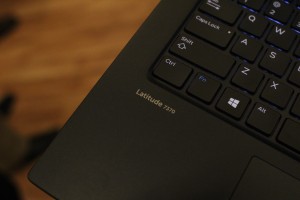 Microsoft refers to these Skylake devices as transition devices, and there is limited support of this hardware that you should be aware of. The company will be delivering the driver and other files necessary to support these machines up to July 17, 2017. After this 18 month period, only the most critical Windows 7 and Windows 8.1 security updates will be addressed for these configurations as long as they do not impact the reliability or compatibility of Windows 7 or 8.1 on other devices.

This is a big shift for the company and their traditional model of supporting all configurations for the lifecycle of the OS. Seeing as the company is aggressively pushing consumers and now companies with domain-joined machines to move to Windows 10, this is yet another reason why staying on an older operating system will create challenges for IT administrators and is likely the reason for today’s announcement.

Microsoft has not yet released the list of machines, but they did tell me that it will contain a wide variety of hardware from top OEM vendors. Still, if you are planning to buy Skylake PC to use with Windows 7, it is important you wait for this list to be released to make sure your new machine will be compatible with the older operating system.