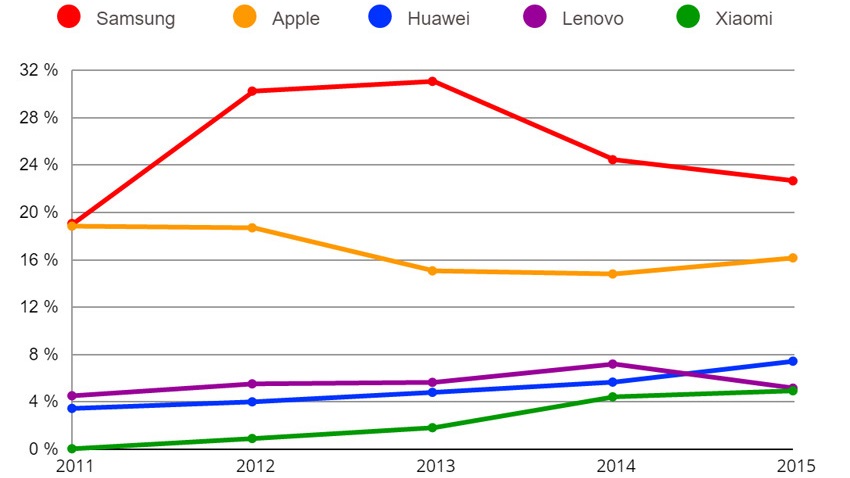 The market researchers at IDC claim that device makers sold 1.4 billion smart phones in 2015, a record. And sales were stronger than expected in the final quarter of the year, with nearly 400 million units sold.

For the first time, the big news in this market was China-based Huawei, which is the third-biggest smart phone maker, and not Samsung or Apple, which are respectively the world’s two biggest makers of these devices.

“Huawei’s strong showing for both the quarter and the year speak to how much it has grown as an international brand,” IDC senior research manager Melissa Chau says in a prepared statement. “While there is a lot of uncertainty around the economic slowdown in China, Huawei is one of the few brands from China that has successfully diversified worldwide, with almost half of its shipments going outside of China. Huawei is poised to be in a good position to hold onto a strong number 3 over the next year.”

Little has changed at the top, however: Both Samsung and Apple retained their relative position, with Samsung posting big gains in the fourth quarter and Apple faring better over the course of 2015.

Overall, smart phone sales in 2015 were up over 10 percent, with hardware makers selling 1.3 billion handsets in 2014. For the fourth quarter, sales jump almost 6 percent: Device makers had sold 378 million smart phones in Q4 2014.