How to Connect to a VirtualBox Windows Guest Using Remote Desktop

Oracle VirtualBox is a type-2 hypervisor that is popular on Windows, macOS, Linux, and Solaris. I switched from client Hyper-V to VirtualBox earlier this year and it has mainly been a good experience. I can’t say that one is necessarily better than the other – it’s swings and roundabouts. But in addition to some issues with network performance in Windows guests, which I address in a separate article, enabling access to virtual machines (VM) using Remote Desktop isn’t as straight forward as with Hyper-V. There are also some other problems to be aware of like trying to use VMs with a large screen resolution and installing 64-bit OS guests if another hypervisor, such as Hyper-V, is also installed on the system.

But primarily the main reason that I wanted to connect via Remote Desktop initially was because it isn’t possible to use higher display resolutions in VirtualBox VMs when accessing them using VirtualBox Manager. Connecting to a VirtualBox VM using Remote Desktop is the easiest way around the problem. And naturally, you might want to access a VirtualBox VM from devices other than on which the guest VM is hosted.

VirtualBox has a feature called the VirtualBox Remote Desktop Extension (VRDE) and it is only available if you download and install the VirtualBox Extension Pack. But if you are connecting to a Windows guest, you don’t necessarily need VRDE and if you are not using VRDE, you don’t need to configure the Remote Display settings in VirtualBox Manager for the guest VM. You might decide to use VRDE and enable its Remote Desktop server if you want to use RDP to connect to a Linux VM. In the case of Windows guests, I say ‘don’t necessarily need’ because it might be required in some cases. 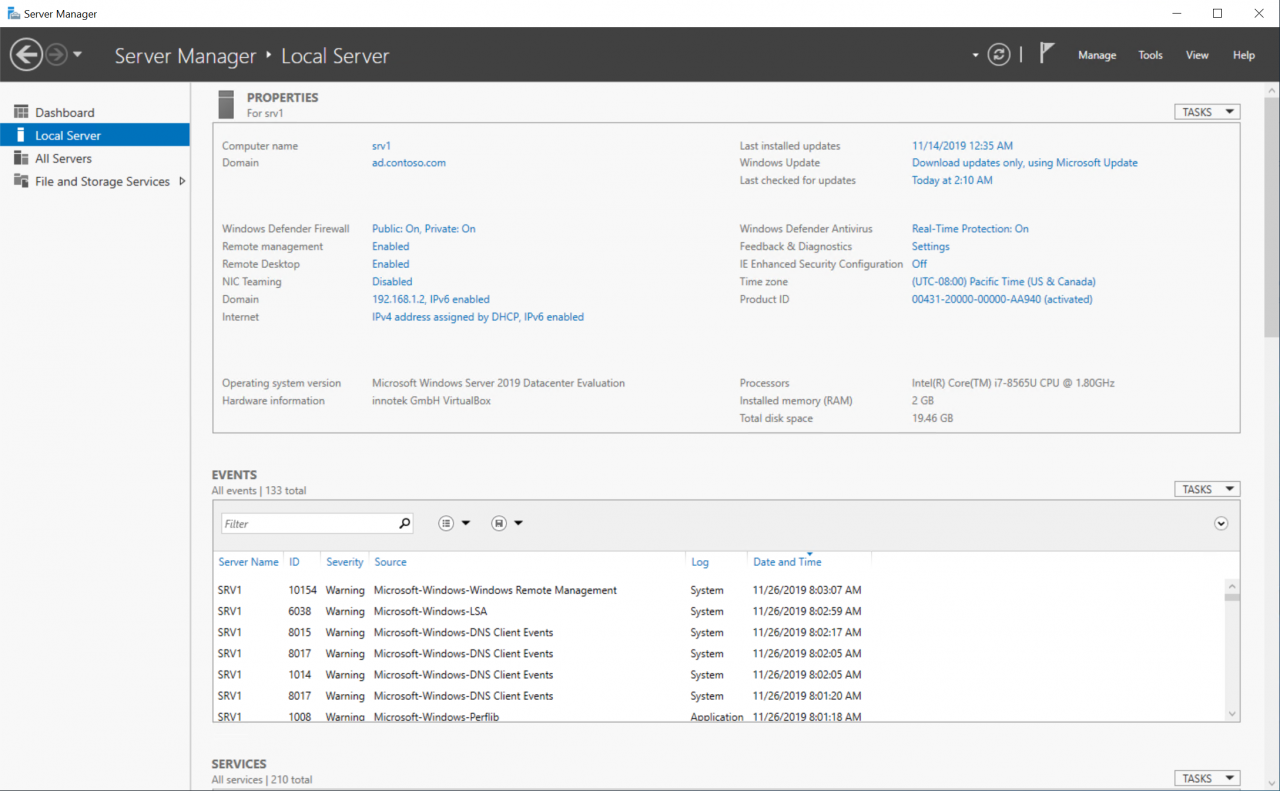 If you want to connect to a Windows Server guest OS without the help of VRDE, you’ll need to change the default network setting for the guest VM from NAT to Bridged. 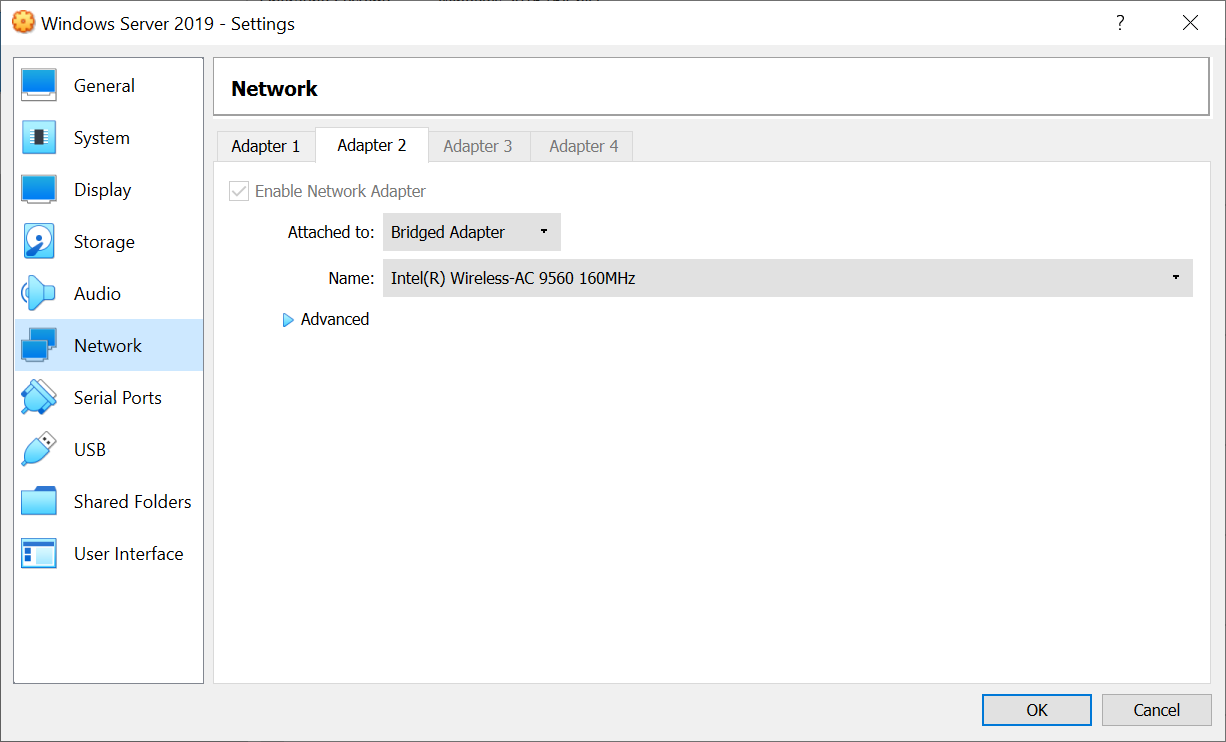 If you decide to use VRDE for Remote Desktop, install the VirtualBox Extension Pack. 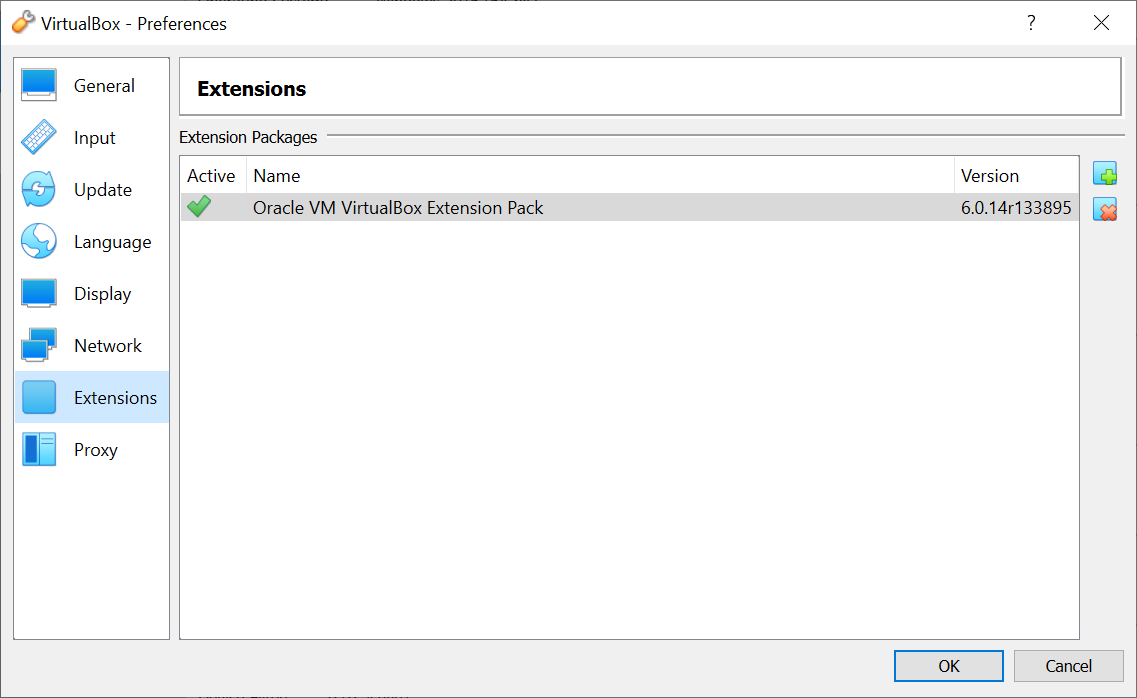 Once the VirtualBox Extension Pack is installed, you need to enable the VRDE server for the guest VM. 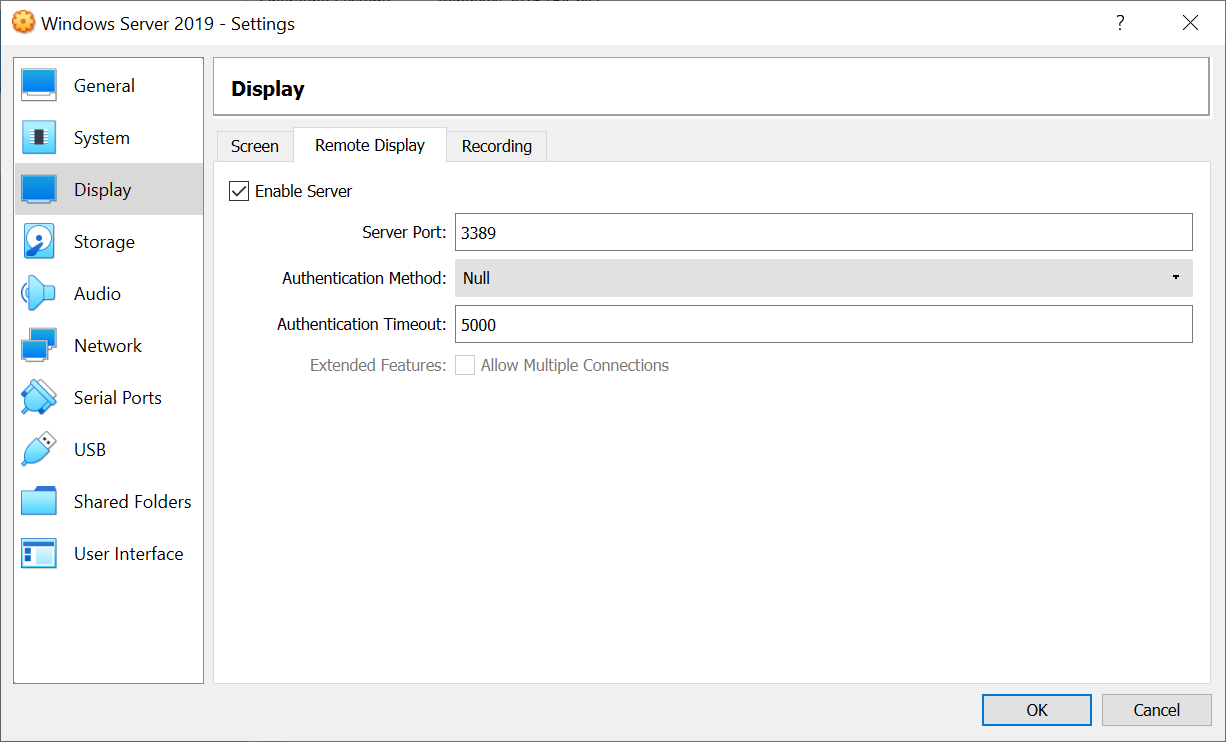 Now you can connect to the guest VM using Remote Desktop and VRDE. Open the Remote Desktop client in Windows from the Start menu and then use 127.0.0.2 as the IP address you want to connect to. If the guest VM is set to use the default RDP port (3389), then you don’t need anything else to connect. Where the RDP port is not 3389, you need to connect using the following format 127.0.0.2:3390 Replacing 3390 with the selected port number in your VM’s configuration.

Connecting from the host to a guest using Remote Desktop and VRDE is a strange experience in that you need to be already logged in to the VM to get access via Remote Desktop. You cannot log in using the Remote Desktop client. It’s not an ideal solution but if you need to use NAT networking, it is one option for enabling Remote Desktop access. Alternatively, you could add an additional network interface to your guest VM and set it to use Bridged networking so that you can connect to Windows without using VRDE. It adds complexity to the guest VM’s network configuration but makes access with Remote Desktop simpler.