How to Configure Windows Terminal Themes 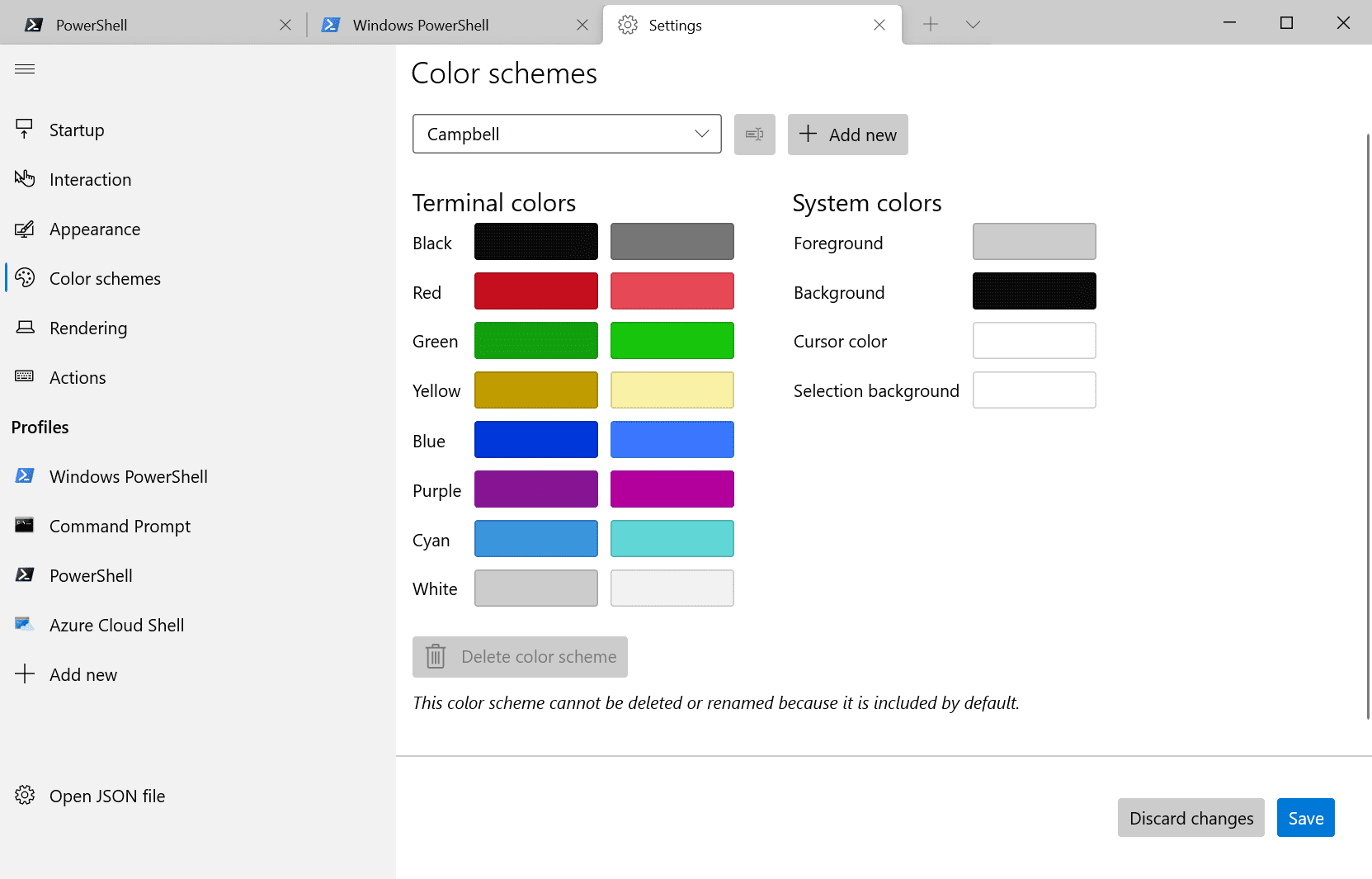 One of the most interesting features of Windows Terminal is the ability to customize the appearance of each tab. But until recently, customizations were only possible by editing a JSON settings file. In Windows Terminal version 1.7, which has just been released on the stable channel to the Microsoft Store and GitHub, Microsoft has added a UI for modifying settings, including changing color schemes and other appearance settings.

Microsoft originally announced Windows Terminal at Build in May 2019. It reached general availability in May 2020, several months later than planned. Windows Terminal is designed to eventually replace the Windows 10 command console. The command-line console has reached the end of the road because while it has seen some minor improvements over the last couple of years, Microsoft can’t add the features it would like without breaking backwards compatibility.

In currently supported versions of Windows 10, you need to manually install Windows Terminal. The easiest way to do that is using the Microsoft Store. In Windows 10 21H2, which is due in the second half of 2021, Microsoft plans to make Windows Terminal an inbox application.

Windows Terminal contains four profiles out-of-the-box: Windows PowerShell, Command Prompt, PowerShell, and Azure Cloud Shell. Using the new settings UI, you can configure the color scheme; font face, size, and weight; and various other visual features like the background image and acrylic effect for each profile. The ability to edit the JSON file manually is still useful if you want to use somebody’s color scheme, and other visual settings, from the Internet. Because there’s no packaged format that allows you to install color schemes or visual customizations in Windows Terminal.

Let’s start by looking at how to change and add color schemes.

For each scheme, you can select what dark and light ‘blacks’ look like, dark and light ‘reds’, ‘blues’ and so on. You can also change the system colors for foreground, background, cursor color, and selection background.

The next step is to assign a color scheme to a profile.