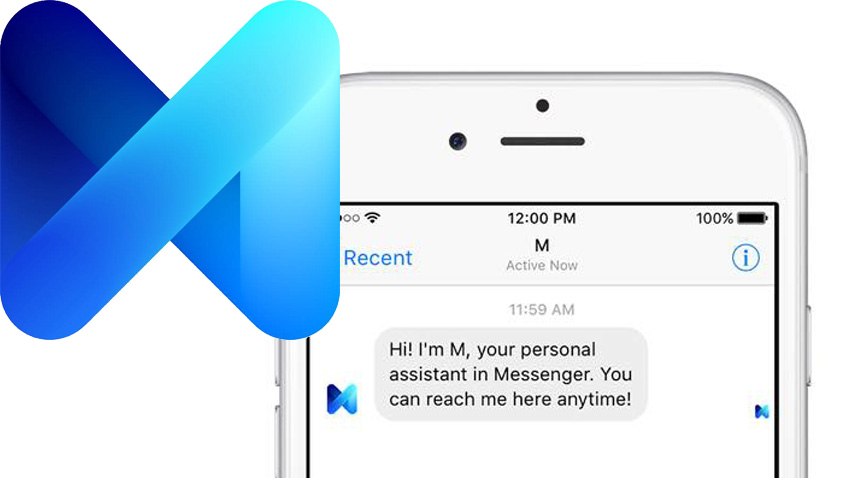 Digital personal assistants like Siri, Cortana, and Google Now are all the rage these days, and while Facebook may not have a hardware platform of its own, it does have well over one billion active users to serve. So this week it has released a preview version of a personal digital called M that lives inside of the Facebook Messenger app.

The big question you may be asking yourself is, why?

Siri, Cortana, and Google Now are all attached to major mobile computing platforms—Apple’s iOS, Microsoft’s Windows, and Google’s Android, respectively—which makes sense: these interfaces can be controlled by voice and act proactively on behalf of the user, so many see them as the future of mobile user experiences, something that can replace the tired icon hunt and peck that most people suffer through today. Why tie such a thing—limit such a thing—to Facebook Messenger?

Facebook’s announcement about M doesn’t do much to justify the need. Instead, it simply explains the service and offers clues about how it is differentiated from other assistants.

“M is a personal digital assistant inside of Messenger that completes tasks and finds information on your behalf,” Facebook’s David Marcus explains. “It’s powered by artificial intelligence that’s trained and supervised by people. Unlike other AI-based services in the market, M can actually complete tasks on your behalf. It can purchase items, get gifts delivered to your loved ones, book restaurants, travel arrangements, appointments and way more.”

So two differentiators are mentioned there, if in passing. M’s artificial intelligence capabilities are “trained and supervised by people.” And M can complete tasks, such as purchasing items, delivering gifts, make restaurant reservations, and so on.

Without getting into a debate over the merits of these differences, which are at best evolutionary, the big question remains: why would Facebook invest in these capabilities, when they can only be surfaced inside a mobile app that runs on other platforms? After all, such solutions are inherently limited in ways that built-in assistants are not. For example, M cannot be summoned by voice, as can Siri, Cortana and Google Now on their native platforms.

Facebook’s audience is perhaps the obvious answer. With 1.2 billion active users as of March 2015, Facebook constitutes one of the largest and most active platforms on earth. And unlike users of Android, iOS, or Windows, those users are actually engaged directly with the platform, where they interact daily with friends and family.

Facebook’s users are also highly susceptible to platform migration. That is, the reason people use Facebook is because so many people they know also use Facebook. But if a sizable chunk of people were to leave the service, or worse still if a coming generation of younger users were to ignore it all together, Facebook would stop being a compelling destination.

And there are signs that this is happening: Many younger users, in particular, are abandoning so-called traditional social networking services like Facebook in favor of more private messenger/chat solutions such as WhatsApp, WeChat, LINE, and others. With about 700 million users, Facebook Messenger is currently the number two messenger solution behind WhatsApp, which boasts 800 million users. But a number of other challengers are gaining steam, many in international markets.

M gives Facebook a differentiator against those platforms (as well as against Siri, Cortana, and Google Now). The idea, as always, is to keep users in your solution and stop them from spending time elsewhere. So the more Facebook Messenger can do for them, the more time they’ll spend in the app, and the less time they’ll spend in other apps. And the more time users spend in Facebook Messenger, the more data Facebook can collect, further enhancing the service and its advertising.

A messenger app is also a semi-logical way to interact with a digital assistant, and because M works like your other Facebook contacts, you can simply interact with it via messaging.

Facebook says that M—which stands for “Messenger,” but also its original codename, “Moneypenny”—will roll out to all 700 million Facebook Messenger users over the coming months. And the service, of course, can only improve.

The only question is whether M will ever truly rival the power of its platform-based competitors. After all, Apple, Google and Microsoft can easily update their own personal digital assistants to have human elements—similar to Spotify or Apple Music playlists and radio stations—and to complete tasks. And they could even integrate them with their own messaging solutions. But it’s not clear that M will ever be able to offer the deep OS integration—especially with voice—that is found elsewhere.