Even with Updating Changes, Windows 10 Will Retain 10 Year Support Lifecycle 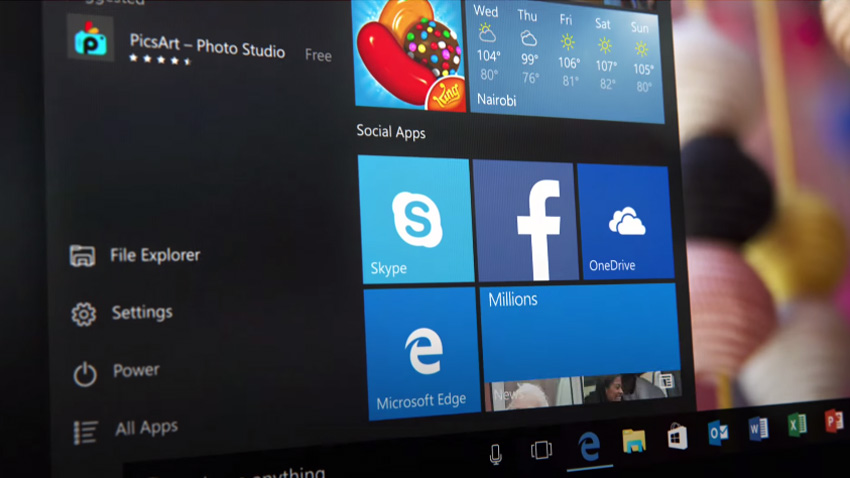 With Windows 10, we’re told, everything is different. The system will be continually updated via a new “rapid release” strategy, and consumers can upgrade to the new OS for free. But as much as things are changing, many aspects of Windows 10 are in fact identical to previous Windows versions. And among those is Windows 10’s support lifecycle, which sticks to the same 10-year-plan that Microsoft has offered for years.

Microsoft never announced the support lifecycle. Instead, it quietly updated its Windows lifecycle fact sheet late last week, adding Windows 10 to the list. And this, combined with the final EULA (end user license agreement) found in the RTM (release to manufacturing) version of Windows 10, paints a more complete picture of how Microsoft plans to support its customers with the new Windows.

From a high level, everything you know is familiar: Windows 10 has a ten-year support lifecycle, with the first five years constituting mainstream support and the second five years comprised of extended support. So mainstream support for Windows 10 ends October 13, 2020, and extended support ends October 14, 2025. Those dates are just two years after the corresponding dates for Windows 8, incidentally.

Windows 10 is unique in the list of supported Microsoft client OSes—this list also includes Windows Vista (currently in extended support), Windows 7 (also in extended), and Windows 8—in that it warrants a footnote of sorts, related to Microsoft’s strategy of keeping this OS up-to-date going forward.

“Updates are cumulative, with each update built upon all of the updates that preceded it,” the Microsoft note reads. (Emphasis to follow was added by me.) “A device needs to install the latest update to remain supported. Updates may include new features, fixes (security and/or non-security), or a combination of both. Not all features in an update will work on all devices. A device may not be able to receive updates if the device hardware is incompatible, lacking current drivers, or otherwise outside of the Original Equipment Manufacturer’s (‘OEM’) support period. Update availability may vary, for example by country, region, network connectivity, mobile operator (e.g., for cellular-capable devices), or hardware capabilities (including, e.g., free disk space).”

That emphasized requirement—that any device running Windows 10 must remain up-to-date to remain supported—is both interesting and controversial. With Windows 10 Home, Microsoft will enforce this policy by not allowing users to disable updating. But the clause above appears to apply to any Windows 10 version that is licensed outside of Microsoft’s volume licensing deals. (Enterprise customers will have more leeway when it comes to installing updates, but then they pay more for the privilege.)

Over at ZDNet, Ed Bott—who could make a career out of parsing Microsoft’s EULAs if he were interested—says that this footnote throws cold water on theories that Microsoft will one today try to monetize the “free” Windows 10 upgrade with subscription or even support fees. He’s right.

“There will be no charges for updates during the supported phase,” he writes.

But the big question about the free Windows 10 upgrade, in some ways, is a curious phrase that Microsoft has used: the Windows 10 upgrade will be free, the company has always said, for the support lifetime of the device on which it is installed.

Bott suggests that between the support lifecycle note and the Windows 10 EULA, though, we have our answer: If you upgrade an existing PC or other device to Windows 10, Windows 10 will be supported on that device will continue working and won’t stop receiving updates, even if Windows Update is no longer spitting out driver and firmware updates for it. In other words, Windows 10 is supported for ten years. But the specific hardware on your device is only supported for as long as your hardware maker decides to deliver device-specific updates. Put even more simply, nothing has changed. This is how it has worked for several generations of Windows.

But that doesn’t mean that Microsoft has answered all of our questions. It’s still unclear what happens in three, four, five years or more. Historically, Microsoft has issued a major new Windows version every three years or so, and that release has triggered a new support lifecycle change. If Microsoft is serious about continually updating Windows 10, there may never be a Windows 11. So it’s not clear what happens down the road.

No matter. It’s pretty clear that Microsoft is serious about moving as many people to Windows 10 as is possible, with the express purpose of keeping as much of the user base as possible as up-to-date as possible. So any fears of Microsoft turning off the support spigot are misplaced, and are in fact missing the point. Windows 10 is a change to get the world updated. It doesn’t make sense to ever undermine that.