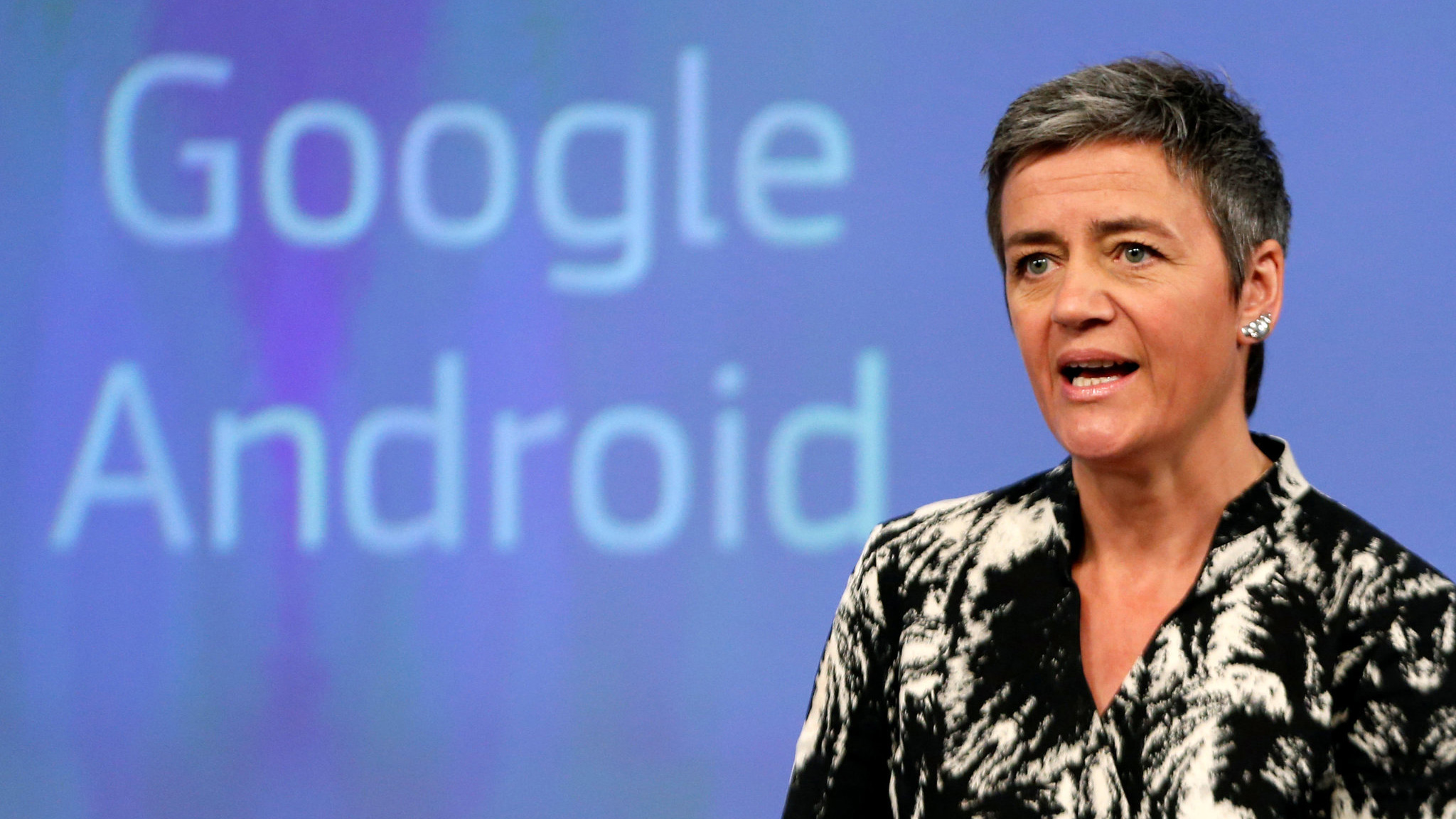 As expected, the European Union’s European Commission formally charged Google with violating antitrust laws by forcing its hardware maker and wireless carrier partners to bundle its own apps and services in the dominant Android mobile OS.

“Google pursued an overall strategy on mobile devices to protect and expand its dominance on Internet search,” European Antitrust Commissioner Margrethe Vestager said in a news conference on Wednesday morning. “Google’s behavior has harmed consumers by stifling competition and harming innovation in the wider Internet space.”

Naturally, Google disagrees with that assessment and pledged to fight the charges.

“Android has helped foster a remarkable and, importantly, sustainable, ecosystem, based on open-source software and open innovation,” Google General Counsel Kent Walker said. “[Google will] demonstrate that Android is good for competition and good for consumers.”

The Google charges come a full year after Ms. Vestager revealed that the EC was investigating Android, and it is the second set of antitrust charges her agency has filed against the search giant.

According to the charges, Google has violated EU antitrust laws by requiring handset makers to pre-load Google apps and services on their smart phones. For example, Google Chrome is configured as the default web browser—even if the handset maker installs other browsers—and Google Search is configured as the default search engine. This is illegal because Google Search is a monopoly in Europe, and Google is attempting to extend that monopoly artificially by ensuring that all Android devices utilize that service out of the box.

Google also violated EU antitrust laws by preventing handset makers even bundling competing offerings. That is, Google provides handset makers and wireless carriers with financial incentives—yes, it pays them off—to ensure that Google Search and other apps and services aren’t just the default, but are in fact exclusive on devices sold to consumers.

Put simply, the EU believes that Google’s strategy to artificially prop up Search with Android results in harm to competition, less choice for consumers and a stifling of innovation.

“These business practices may lead to a further consolidation of the dominant position of Google Search in general internet search services,” an EC statement notes. “The Commission is also concerned that these practices affect the ability of competing mobile browsers to compete with Google Chrome, and that they hinder the development of operating systems based on the Android open source code and the opportunities they would offer for the development of new apps and services.”

Google says that its agreements with handset makers such as Samsung and HTC are voluntary, and legal.

“We take these concerns seriously,” Gogole’s Walker said in a prepared statement. “But we also believe that our business model keeps manufacturers’ costs low and their flexibility high, while giving consumers unprecedented control of their mobile devices.”

As you may recall from previous antitrust cases in Europe, the EU legal process is quite different from that in the U.S., and could ultimately result in a fine of up to 10 percent of Google’s worldwide annual revenues, or about $7 billion. (Such a fine has never been levied, of course.) This week’s charges came in the form of a formal Statement of Objections, and Google now has several months to reply. After that reply, the EU will simply declare that Google is guilty, or not. And then Google can appeal and drag out the case for years.