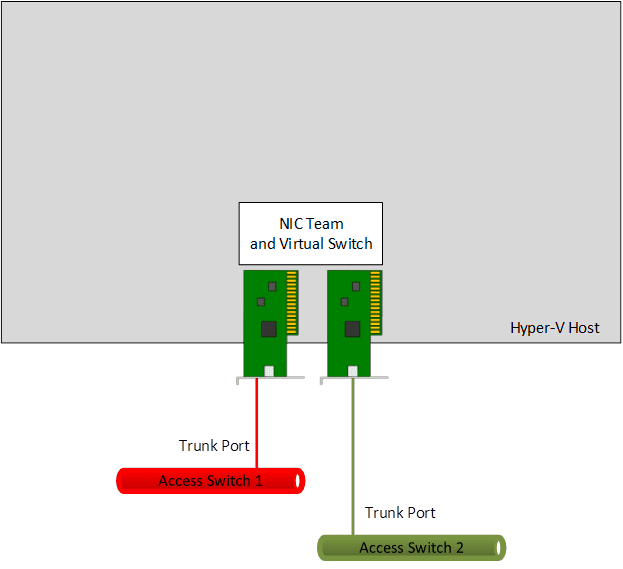 Those who are new to Hyper-V overthink the architecture required to deploy VMs that are isolated using VLANs. The configuration is actually quite simple, so in today’s post I’ll show you how to implement VLANs with Hyper-V.

The below example illustrates the design. A single virtual switch is created for each host. This virtual switch will handle all required VLANs. VMware administrators: please note that you should not create one virtual switch for each VLAN. This is a common mistake made by those making the jump for the first time. The Hyper-V virtual switch is a secure layer 2 virtual device, and Microsoft networking will not allow VLAN jumping unless you introduce incorrectly configured (and unsupported) third-party NIC teaming.
This example is using NIC teaming. Two access switches are used. One connects to the first team member, and the second access switch is connected to the second team member. Each switch port is configured as a trunk port. This allows VLANs to pass through the ports, through the NIC team and into the virtual switch, where the VLAN filtering is applied. 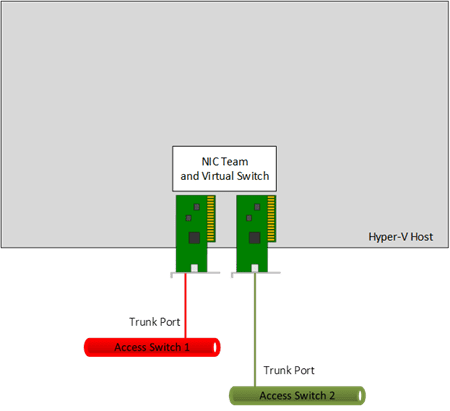 The physical element of configuring VLANs for Hyper-V. 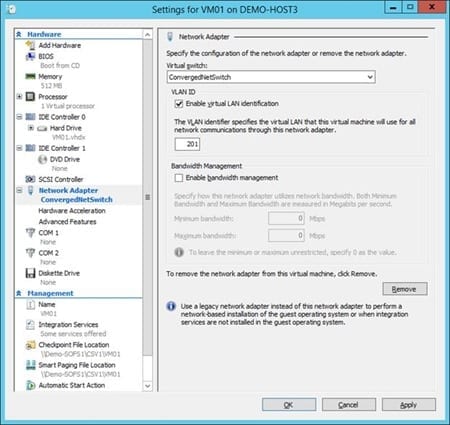 Configuring a VLAN binding in a VM.

You can take this further. VM02 can be assigned to VLAN 202. In fact, a VM can span more than one VLAN by allocating one virtual NIC for each VLAN. 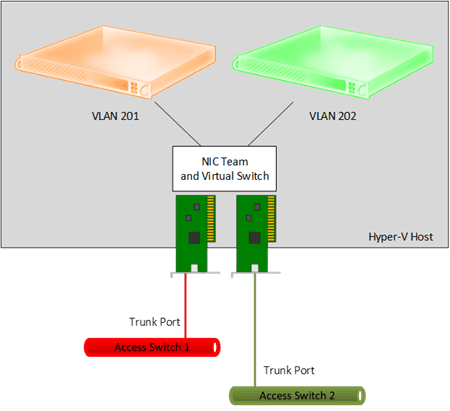 Multiple VLAN-isolated VMs on a host.