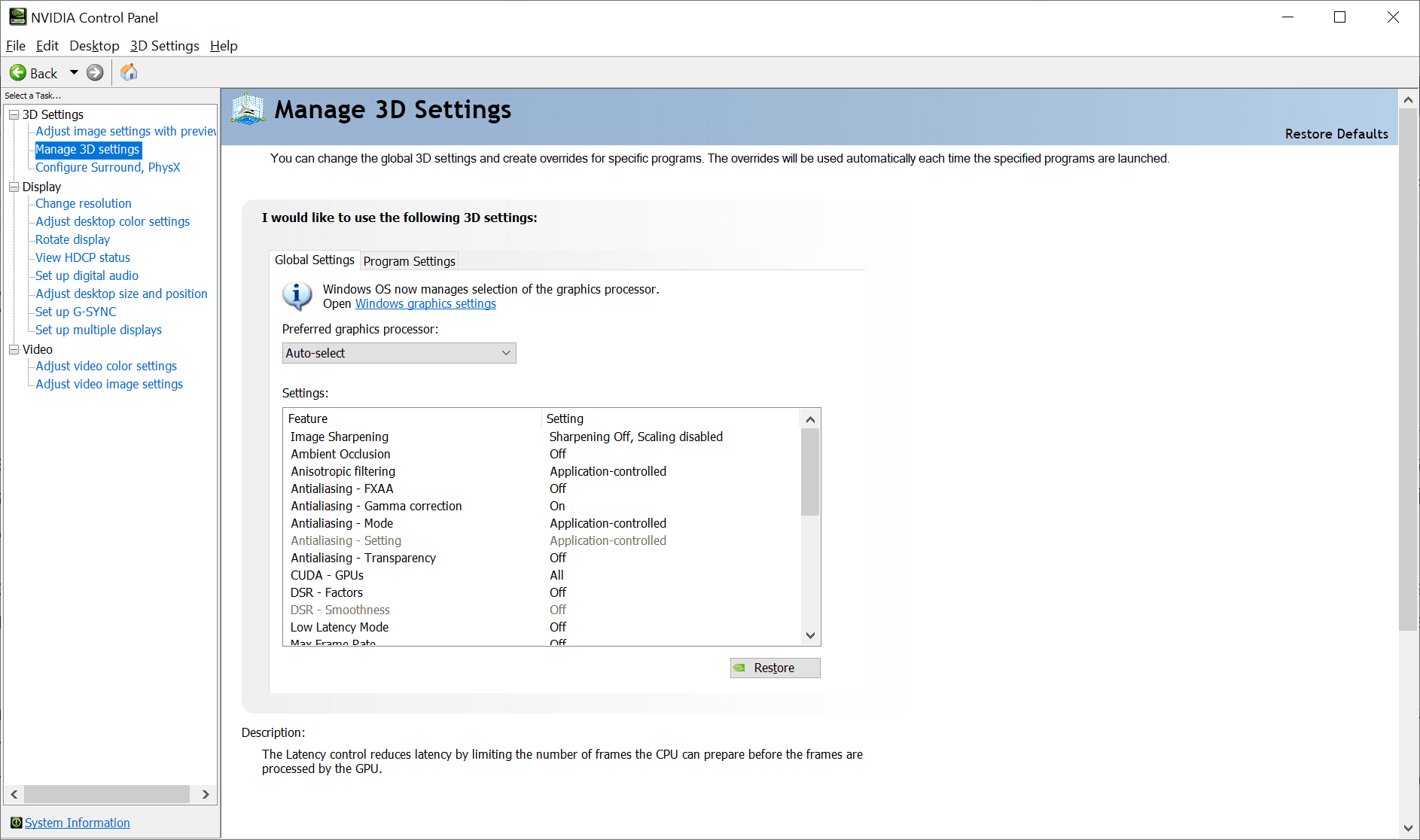 As an IT administrator or business professional, you might not have reason to change graphics settings in Windows 10 very often. In fact, it had been so long since I’d had any issues with the graphics processing units (GPU) in my daily driver device, I’d not noticed some important changes to the graphics configuration options in Windows.

I’ve always opted for Nvidia GPUs and Intel processors because better the devil you know. And it had always been that if I wanted to force an application to run on either the integrated graphics chip or Nvidia discrete GPU, the Nvidia control panel was the place to go.

But starting in the Windows 10 April 2018 Update, graphics processor preference is controlled in the Windows 10 Settings app. It even tells you this in the Nvidia control panel, but I just ignored it. My issue started when trying to record my screen using an application called OBS Studio. OBS is a popular application for screen recording and live streaming. But if you have a device with more than one GPU, sometimes when you enable screen capture in OBS, the result is a black screen.

It occurred to me that maybe I needed to force OBS to run on the integrated Intel graphics. So, I set the configuration in the Nvidia control panel, but it didn’t solve my problem. Then after scratching my head for a while, I decided to pay attention to what was written under Manage 3D Settings in the Nvidia control panel: “Windows OS now manages selection of the graphics processor. Open Windows graphics settings”.

To change the graphics processor preference settings for an application, you need to go to Graphics settings in the Settings app.

And that is it. Now Windows will use your preferred graphics performance option for apps in the list. You might need to restart any open apps for the new setting to take effect.