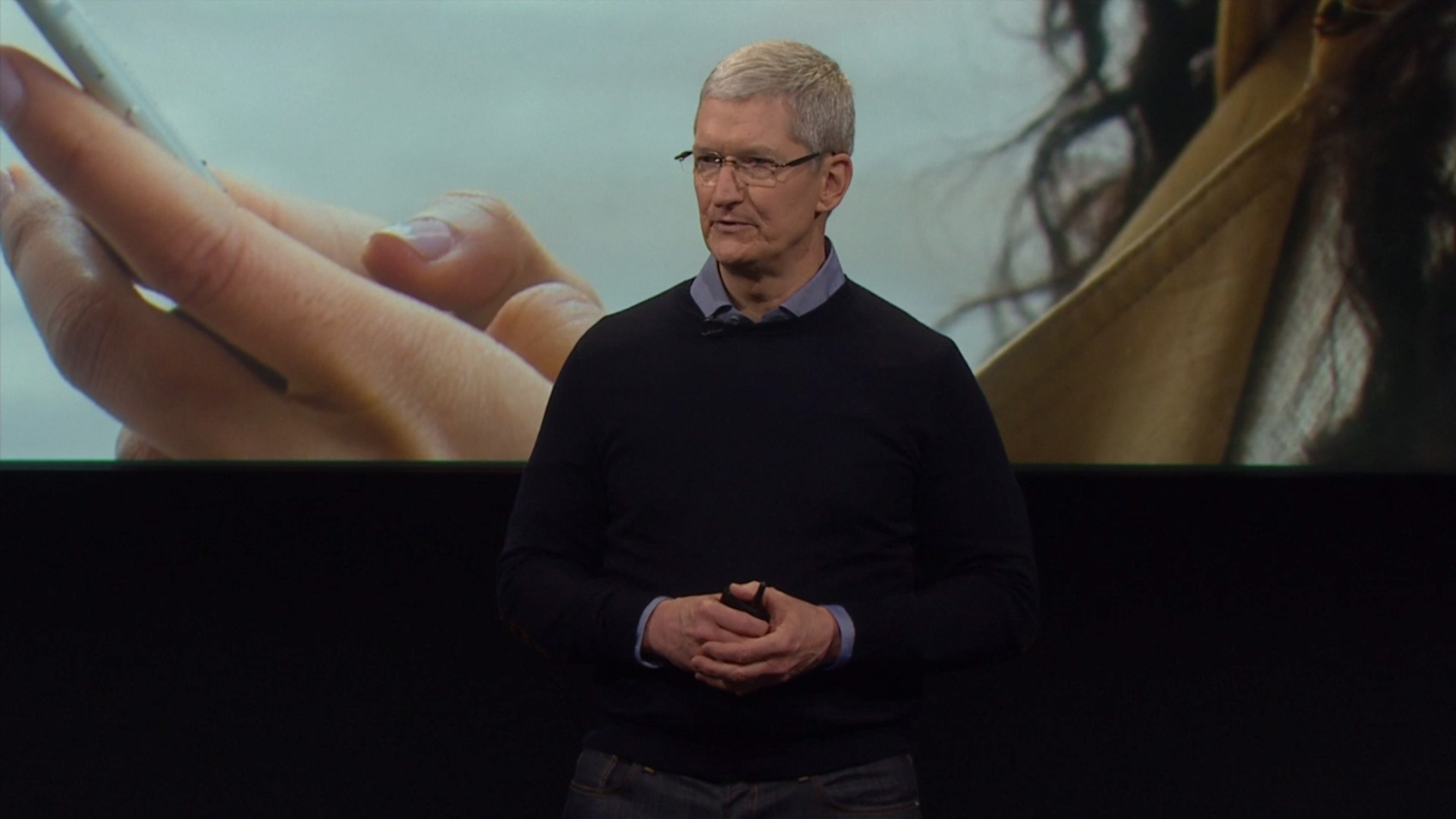 On a day in which Apple padded its ever-growing product lineup with new models to fill perceived gaps, the consumer electronics giant received a legal reprieve: The U.S. Department of Justice delayed a scheduled court date in the San Bernardino terrorism case, stating that it may have found a way to unlock the iPhone at the center of the case.

The potentially blockbuster revelation that the government might have found a way to bypass the encryption on a terrorist’s smart phone overshadowed the modest product upgrades Apple announced on Monday: A new small iPhone, a smaller iPad Pro, and some new smart watch strap designs.

As you likely know, Apple is embroiled in a legal battle over a governmental request to unlock a smart phone that was used by a terrorist in a U.S.-based attack and was owned by a local government that has already given Apple permission to unlock the device. But Apple has fought back tenaciously, claiming that this case isn’t about helping law enforcement learn more about the terrorist and his plans, and is really a broader argument that pits our rights to privacy over the our need for security.

The case is so hotly contested that Apple CEO Tim Cook took valuable time away from peddling his company’s expensive new products to promote the moral high ground on which he believes he and Apple stand .

“We built the iPhone for you, our customers,” Mr. Cook stated during Monday’s press conference. “And we know that it is a deeply personal device. For many of us, the iPhone is an extension of ourselves. About a month ago, we asked Americans across the country to join in a conversation. We need to decide as a nation how much power the government should have over our data and our privacy. I’ve been humbled and [am] deeply grateful for the outpouring of support that we’ve received from Americans across the country, from all walks of life.”

First, imagine that Cook is speaking to terrorists and not just its average customers, and you can see the problem: Most people simply do not have concerns about their government trying to get at their personal data. Since that never actually happens.

And second, over half of Americans actually disagree with Mr. Cook. They believe that Apple should help the U.S. government break into the iPhone so law enforcement discover whether there is any useful information there that can help them solve this case and thwart future attacks.

As for the DOJ, it’s not year clear what method the government intends to use to unlock the iPhone. The agency issued a court filing on Monday stating that a “third party” has emerged with a potential solution to its problem. The filing triggered a delay to hearings that were set to begin today, pitting the DOJ’s security-first arguments against Apple’s privacy-first focus.

“We did not expect to be in this position,” Mr. Cook said Monday of the legal battle over the iPhone, though he could just have well been speaking about Apple’s inability to innovate and excite like it did a decade ago. Which of course was the problem with Monday’s product announcements.

Today’s Apple is a far cry from the quick-moving company that pioneered new markets with the iPad, iPhone, and, to a lesser degree, the iPad years ago. Like Microsoft in its heyday, the Apple of today is now dominant and has naturally moved into a protectionist mode, where its product updates are design to keep the world the way it is, not change it.

Noting that about 30 million people purchased small-screen iPhone 5S and 5C handsets last year, Apple executive Greg Joswiak said it was time to satisfy their needs with an update model. Dubbed the iPhone SE (for “Special Edition,” a moniker that further emphasizes the minor nature of this upgrade), this new device looks like an iPhone 5S but includes most of the upgraded guts found in the iPhone 6S. And its price—for Apple, certainly—is reasonable: The iPhone SE costs $399 or $499 depending on the storage allotment.

Depending on your perspective, Apple either replaced the iPad Air lineup with a newer model or expanded the iPad Pro lineup with a newer model. Either way, the 9.7-inch iPad Pro hopes to solve a problem that the iPad Mini and original iPad Pro have not: iPad sales have been falling through the floor for two straight years and there’s no end in sight. Amazingly, this new the 9.7-inch iPad Pro is $100 more expensive than the already too-expensive iPad Air 2 it replaces. (The good news? Apple is still selling the older Air 2 at a $100 discount as well.)

After declaring that the Apple Watch was the “best-selling smart watch in the world,” Apple then hinted at the central truth to this disappointing new product line: It’s not selling well. So Apple took the almost unprecedented step of lowering the price on a product that was not being replaced by a newer model, and the Apple Watch now starts at $50 less, or $299. Apple also announced new watch straps, emphasizing the nature of the fashion-obsessed small audience that really is using the device.

Looked at objectively, there’s nothing wrong with any of these products (beyond the expensive price tag on the the 9.7-inch iPad Pro). But this is the corporate version of treading water, of biding time before the next big product bang, which happens this fall with the iPhone 7, Apple’s main—and hugely successful—product line.

Trying to draw parallels between Microsoft and Apple is difficult: The software giant’s fall from the apex of technology industry is well-documented, but Microsoft was hobbled by antitrust battles around the globe, events which left smaller and faster-moving companies like Apple and Google without any meaningful competition. Predictably, Apple and Google both face antitrust issues today. But none threaten to disarm them in the way that Microsoft was.

Still, one has to wonder how Apple will respond to pricing pressures—low-end Android handsets threaten to undercut it in the smart phone market, just as it was undercut previously in the PC market—and to new markets, like that for VR, in which Apple currently plays no role. (Apple is rumored to be belatedly working on its own VR solution.) And Apple is essentially a one product company, with the iPhone representing two-thirds of its revenues.

Having ridden the Windows wave for as long as it could, Microsoft can certainly relate to that.