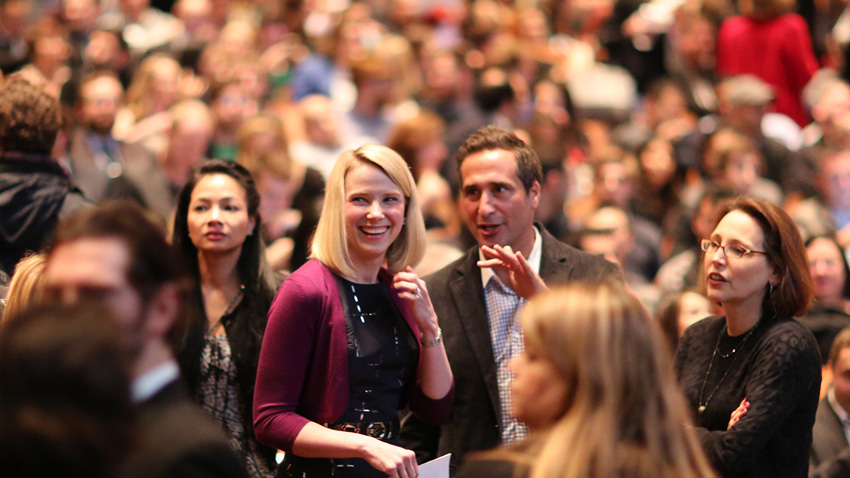 Yahoo’s Marissa Mayer may have driven a tougher bargain with Microsoft than originally expected: According to a recently revealed regulatory filing, both Yahoo and Microsoft can now terminate their recently renegotiated search deal as soon as October 2015, a full five years earlier than before.

This is a fairly stunning achievement for Mayer, who has been openly critical of the Microsoft deal and has worked to end it or at least minimize its impact on Yahoo’s business since she became CEO in 2012. And while Microsoft can of course terminate the deal too, it would never do so. Only Yahoo—or Mayer, more specifically—would pull the trigger on such a change, which could be catastrophic to Microsoft’s Bing search services.

Indeed, that Microsoft CEO Satya Nadella would even agree to such a clause shows how much the software giant is willing to do to keep Yahoo’s search volume inside the Bing fold. Yahoo is still key to Bing’s ongoing success.

The trouble is, this deal is going to end badly.

In some ways, that’s not all that surprising. The deal is steeped in some bad blood between the companies, and dates back to Microsoft’s abortive attempt to buy Yahoo—in a rather acrimonious transaction valued at over $44 billion—back in 2008. At the time, then-Microsoft CEO Steve Ballmer was worried that Google would establish a monopoly in consumer-based cloud services, and he figured that merging Microsoft’s and Yahoo’s often-overlapping assets would be the only possible counter. So he gave Yahoo an offer it—or its shareholders—couldn’t refuse.

Ballmer was probably right, but Yahoo was—still is—a mess, and the software giant was never able to make a credible case for how the two businesses would merge in a cohesive way without massive layoffs and downtime. (And you can look at what happened when Microsoft acquired Nokia’s devices and services businesses years later for an example of how it probably would have gone.)

The Yahoo of 2008 didn’t respond to Microsoft’s overly-generous offer in a positive manner, and instead fought the purchase by introducing a “poison pill” provision into its employee contracts in the hope that the software giant would back off. But as the year progressed, Yahoo’s leadership began to understand that the company was both flailing and failing, and it eventually decided to accept the Microsoft offer, assuming it was raised to a certain level.

Steve Ballmer is an interesting person, and a savvy negotiator in some respects, but he was willing to pay any price to acquire Yahoo. What he wasn’t willing to do was acquire a company whose leadership could not pledge to push forward together post-merger. So when the two firms agreed on a price, Ballmer asked Yahoo co-founder Jerry Yang whether he would “row” forward with Microsoft post-merger. Yang was non-committal and … Ballmer abruptly walked away. Yahoo’s stock price crashed, its market capitalization was halved, and Yang, then CEO of the company, was forced to step down.

Enter Carol Bartz, an aggressive and foul-mouthed new CEO who right-sized Yahoo’s organizational structure and employee ranks and immediately set out to pick up the pieces of the Microsoft deal. Bartz was the one who negotiated the original Microsoft deal, overriding Yahoo executives who felt that the company needed to “own” search in order to be more competitive with Google and its lucrative advertising business. Bartz felt otherwise, and the ten-year deal was struck, with Microsoft promising to hit minimum royalty payments based on traffic.

Flash forward 6 years and the Microsoft/Yahoo search deal has given Bing a healthy bump in usage share, especially in the United States. But Mayer feels that the deal has underperformed financially for Yahoo and, more important, has limited the innovative Yahoo can add on top of Bing. So while it’s obvious too late for Yahoo to “own” search—that ship has sailed—Mayer is correct in believing that the next best thing is to add value on top of the commodity search technology its licensing.

As a former Google executive, Mayer has long been expected to eventually align Yahoo with the search giant and end the deal with Microsoft. Last week’s “renewal” of the Microsoft deal—really a renegotiation of the terms—might thus be seen as an interim step, giving Yahoo time to evaluate and test other options. Or maybe Microsoft really did meet Mayer’s needs. We might know for sure as soon as October.

Of course, given Yahoo’s revolving door of CEOs—and, increasingly, criticism of her leadership style—Mayer may prove to be a short-timer herself. She’s the fourth Yahoo CEO since Microsoft announced its acquisition in 2008 (if you count an interim CEO that served post-Bartz). Until and unless Mayer leaves, I feel the Microsoft deal is in jeopardy. And this little provision of the newly-renegotiated deal—which essentially turns a 10 year commitment into a 5 year commitment—is perhaps the best proof.