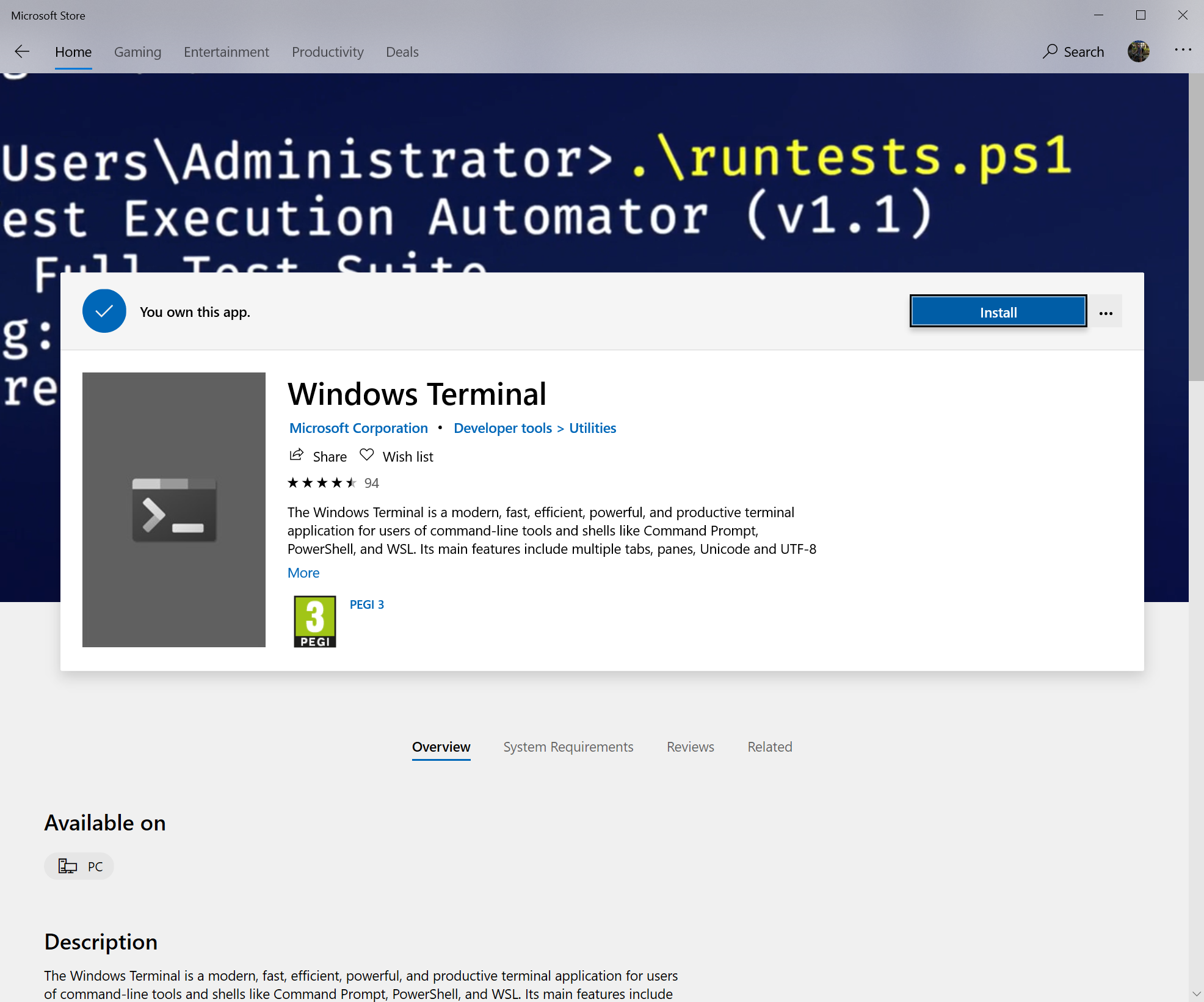 First announced at Build in Seattle last year, Windows Terminal was supposed to reach general availability in January 2020. I guess better late than never. Windows Terminal is designed to replace the command console that’s built into Windows 10. Microsoft said back in 2019 that it had reached the end of the road with the current console. While it has seen some minor improvements over the last couple of years, new features can’t be added without breaking backwards compatibility.

A terminal may not seem especially vital considering most Windows users only interact with the GUI. But for system administrators, and more importantly with this release developers, a modern and functional native terminal is important. Microsoft is trying to keep developers on Windows, regardless of the platforms they are coding for. Windows Terminal and Windows Subsystem for Linux (WSL) are both intended to boost that effort.

The cloud has changed the way apps are designed, developed, and maintained. Linux provides a lightweight and flexible alternative to Windows that is attractive for cloud-born apps. And Windows Terminal gives developers seamless access to WSL environments with all the features expected in a modern terminal.

Windows Terminal can be downloaded from the Microsoft Store or from GitHub.

There are several important features that differentiate Windows Terminal from the existing console:

To resize a pane, hold ALT+SHIFT and use the arrow keys to size it. And finally, to close a pane, make sure the pane you want to close is in focus, and press CTRL+SHIFT+W. You can also customize key bindings if you want to change these combinations for managing panes.

If you have different versions of PowerShell or WSL distributions installed in Windows 10, Windows Terminal automatically creates profiles so that you can connect quickly. Other settings are configured in a JSON text file, where you can configure multiple profiles for each shell or app that you connect to; each with its own settings for fonts, color themes, background blur, etc.

With this release, we also get official documentation for Windows Terminal, which you can find here. The terminal will get monthly updates as well as a preview channel for those who want to check out the latest features in advance.

Finally, Windows Terminal supports command line arguments. For example, you can open the terminal and specify which profile to open in a new tab, which folder directory should be selected, open split pane windows, and choose the tab that should be in focus.

For more information on command line arguments for Windows Terminal, check out the documentation here.