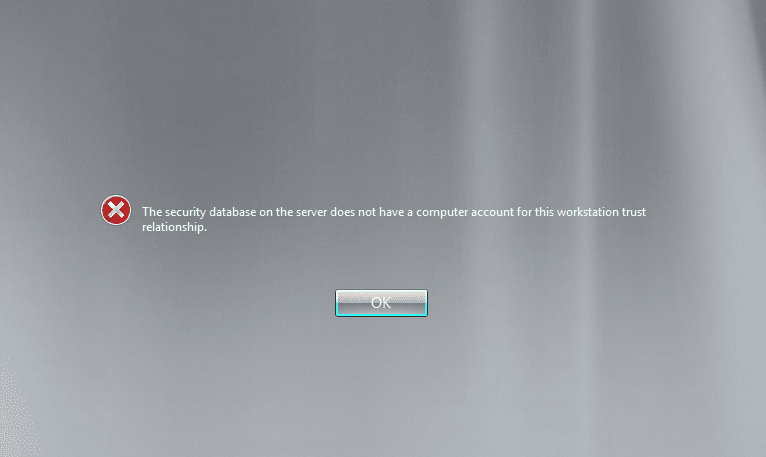 A few days ago I played around with some of my virtual machines and encountered an issue when attempting to remove a Windows Server 2008 R2 Server Core machine from a domain. Because both the core machine and the Domain Controller (DC) machine were virtual machines, when I reverted the DC back to a previous snapshot, the core machine could no longer access resources on the DC, and I couldn’t log on to the machine by using the domain admin user account.

This is the error I got while attempting to log on by using a domain user account:

“The security database on the server does not have a computer account for this workstation trust relationship.” 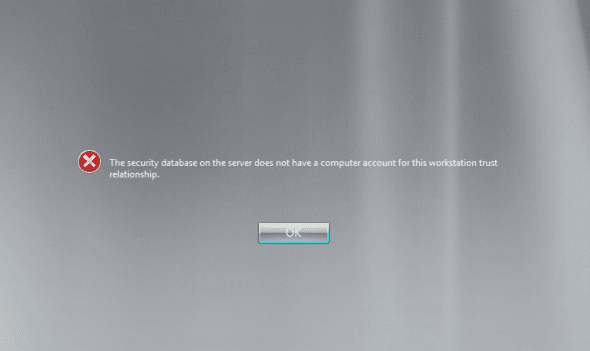 To fix this, I tried to remove the server core machine from the domain. In core, this can be done in one of 2 ways:

Since SCONFIG is easier, I used it. I typed SCONFIG in the Command Prompt window, and when SCONFIG opened, I pressed on the “1” key. 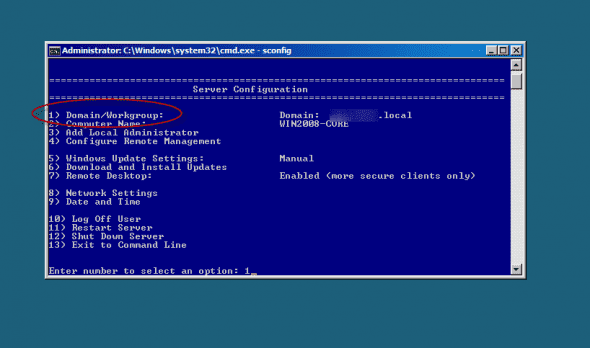 I then attempted to remove the machine from the domain in order to later re-join it. 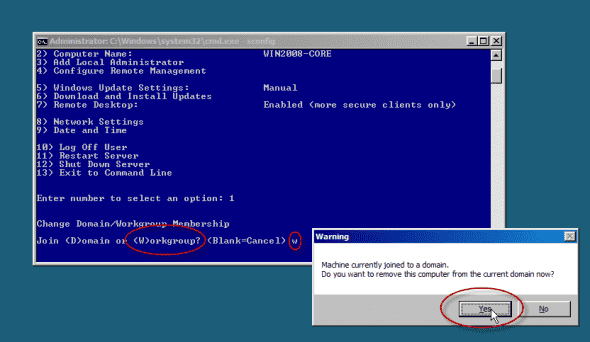 I entered the right local credentials: 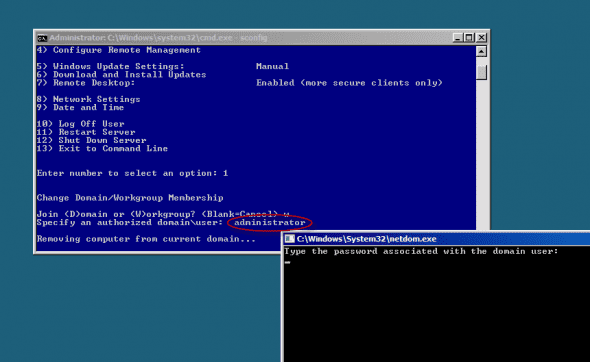 But no matter what I did, I got an error:

(Actually, I tried to get out of a domain, but no matter…) 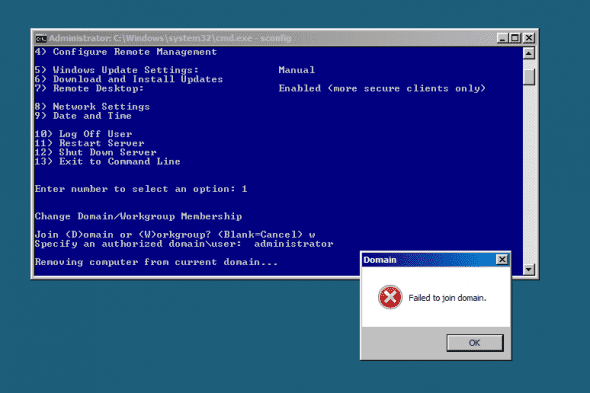 So I tried using NETDOM. In the Command Prompt window I typed the following command:

I got an error:

“No mapping between account names and security IDs was done.”
The command failed to complete successfully.

I also tried a variation of the username I used: 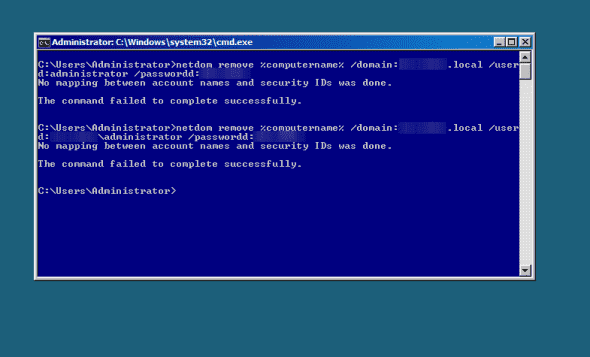 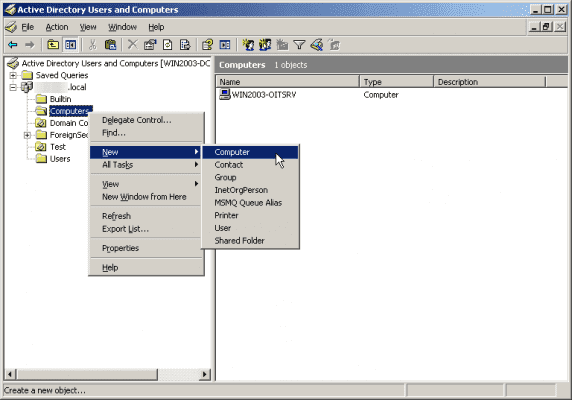 I created the new computer object with a name that matches the name of the server core machine. 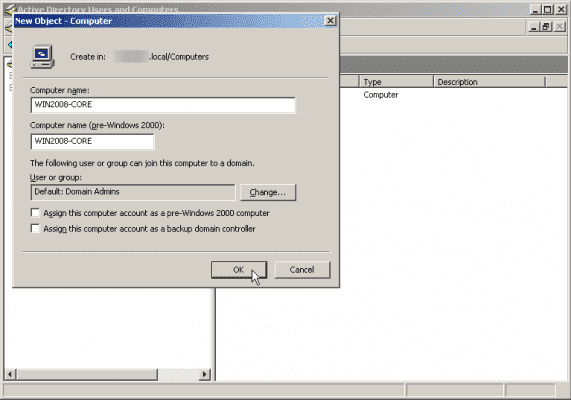 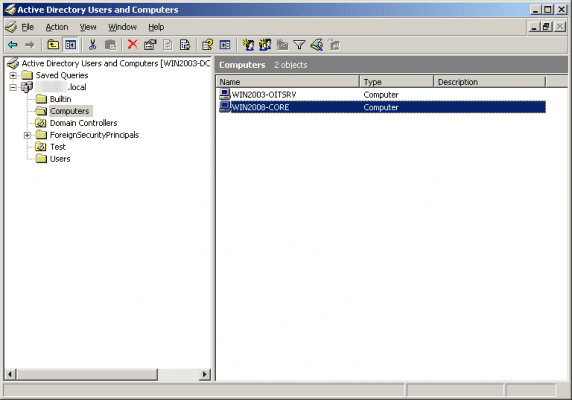 Attempting to leave the domain again resulted with a success, and I was asked to reboot the machine. 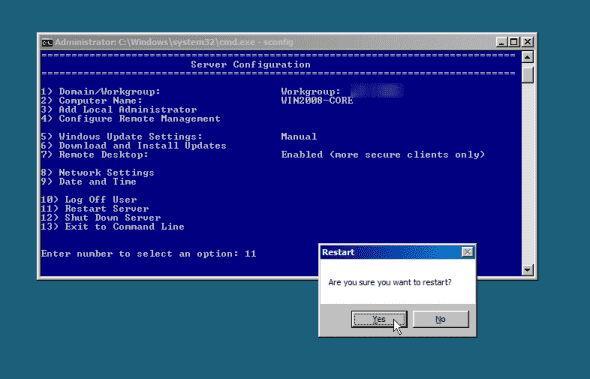 Back in Active Directory Users and Computers, the computer account’s object was disabled. 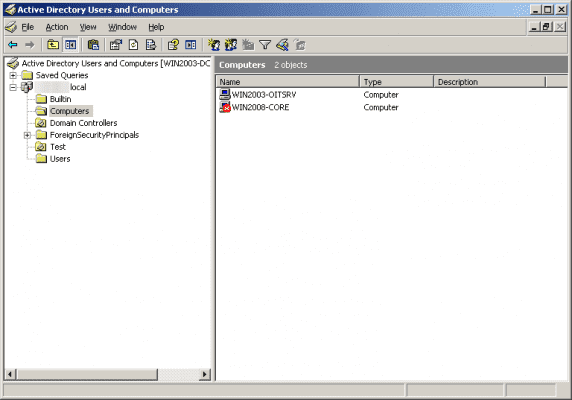 It’s worth noting that I only encountered this specific issue on server core machines, and while it’s possible that it could happen in GUI-based operating systems such as Windows XP/Vista/7 etc., these will usually let you complete the action even if the computer account was missing.