In today’s Ask the Admin, I’ll give you a quick rundown of the new Remote Desktop Services (RDS) features coming in Windows Server 2016.

Remote Desktop Services, sometimes referred to as terminal services, is a collection of role services in Windows Server that provides users access to remote desktops, apps, and integration with Hyper-V based virtual desktop infrastructures (VDI). Windows Server 2016 will bring some key changes to improve graphics performance and pen input options.

Terminal services has traditionally not been suitable for use with graphics-heaving applications, and as displays get larger with higher resolutions, the challenge of processing graphics data and transferring more information across the network becomes even greater. But changes in Windows 10 and Windows Server 2016 aim to improve support for high resolution displays and graphics-intensive applications.

It’s worth noting that many of the new features require Windows 10 Enterprise on the remote client and Windows Server 2016 running on a device with a RemoteFX compatible GPU.

Graphics-intensive apps, such as Photoshop and Maya, require OpenGL 4.4 and OpenCL 1.1 API support. In Windows Server 2016, Hyper-V VMs running on a RemoteFX compatible GPU support these APIs. Previously, only OpenGL 1.1 with CPU acceleration was supported.

Used by RemoteFX Media Streaming to remote video content from server to client, Windows Server 2016 extends existing support for AVC/H.264 to include AVC 444 mode, which allows the use of 4:4:4 format to avoid blurry text on AVC/H.264 hardware encoder and decoder implementations that don’t directly support AVC 444. 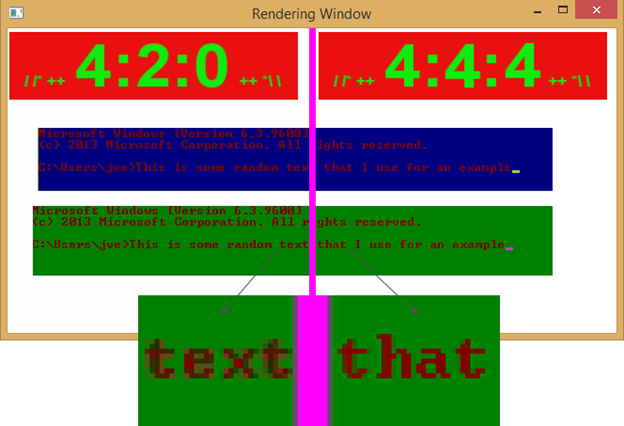 To use AVC 444 mode, the GPU must be DirectX 11.0 compatible and the AVC/H.264 hardware decoder must support Level 4.1 and BT. 709 Full Range color conversion. Additionally, AVC 444 mode is only supported in Windows 10 and Windows Server 2016 clients, although Microsoft plans to extend support to Mac OS X, Android, iOS, Windows Mobile and Universal Windows Platform (UWP) apps.

The RemoteFX vGPU in Windows Server 2016 includes various performance and stability improvements to the VM to Host transport, including use of an efficient VMBus implementation.

Pen input support has been available since RDP 8.1, but Windows 10 and Windows Server 2016 improve support by allowing pens to be used as if the remote app was running locally. For example, if the screen is pressure sensitive, RDP 10 can use this information to change the thickness of the line drawn on the screen. 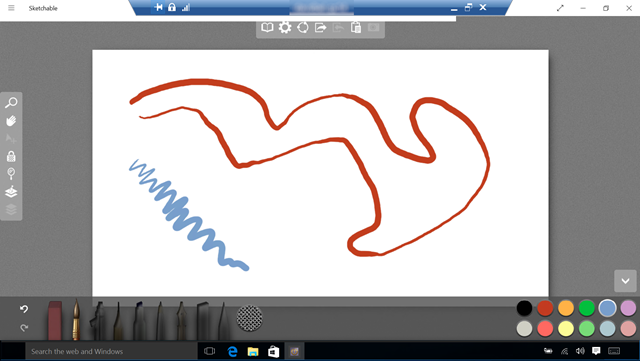 Other examples of customization options for pens include detecting whether the pen is inverted, or the angle and orientation at which the pen is being used.