What Is Virtual Networking? 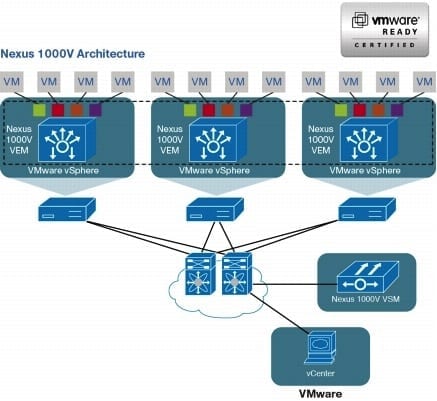 The term virtual or virtualization is becoming more and more common in the overall IT marketplace. However, when people hear the terms, they typically relate it to client and server virtualization, since those have been around for some time and are considered mature by most people in the IT field. But a newer virtualization type is slowly working its way into IT environments: virtual networking. This article takes a brief look at the concepts behind virtual networking and how it can be used in a number of different ways to aid in the deployment and operation of virtualized client and server environments.

Back to Basics: Virtualization

Before getting into virtual networking, let’s back up and define “virtualization.” In simplest terms, the virtualization of an object – whether it be a client, server or a network device –  decouples the functions of that object from the underlying physical hardware. For example, a server that is not virtualized is built upon a physical server case, motherboard, CPU, memory, and various other physical components. When a server becomes virtualized, then the physical components of the server are emulated for the server operating system (OS); from the perspective of the server OS, it is sitting on a physical server. The common term used to refer to this virtual server (or client) at this point is a virtual machine (VM). The specific platform that is used to provide this emulated environment can be anything from VMware VSphere to Microsoft Hyper-V (with many other options available). Some of the newest server operating systems have actually been optimized to work on these different emulated environments. Now, what this means is that part of the server OS is aware that the hardware is being emulated and can work with that specific environment to optimize the resource usage of the server. To be clear, it is also just as possible to virtualize desktop operating systems in these environments.

One of the functions that exist in these virtualized platforms is the ability to share a common network interface card (NIC) that exists on the physical server. The exact term used for this functionality differs depending on the specific platform being used. For instance, the term “vSwitch” is commonly used to refer to a switch that is virtualized. Each of the VMs that exist on these platforms is provided with a Virtual Network Interface Card (vNIC), which is connected (virtually) to a virtual switch (vSwitch). Originally the functionality of this vSwitch was rather limited, as it only provided basic switch functionality (layer 2); the more advanced features were not used until the traffic left the physical server and went to a physical switch or other networking device. This is where networking and virtualization come together.

As data centers designed around the cloud are being implemented it is becoming increasingly important for the more advanced switching features to be supported at the vSwitch and not at the physical switch. In an effort to fill this gap a number of networking providers (such as Cisco) have partnered with the virtual platform providers (such as VMware) to offer alternatives to the default vSwitch.

As the virtual networking market continues to evolve, a number of networking devices are also being implemented, including (better) virtual routers, virtual firewalls, and load balancers.

The networking environment is bound for a considerable shift in how the so-called typical network is built – it is just a question of how long it takes for the shift to virtual network elements to take over. This does not necessarily mean that physical components will go away – it just means that their function within the network will change as they will need to support the many multitenant features (both internal and external) that are provided by these evolutions.