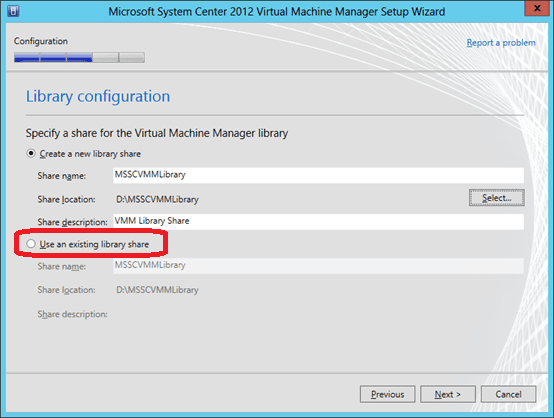 In this article, we will explain the process of upgrading to Virtual Machine Manager (VMM) 2012 SP1. This process has remained the same for all versions of VMM, and will continue with VMM 2012 R2.

Okay, There Is No Upgrade, Per Se

First, you must understand that it is not possible to perform an in-place upgrade of VMM. The process is actually:

Some folks are upset that there is no upgrade wizard. However, the upgrade process is very quick. The VMM service is actually quite small and contains no data. All of the value of DPM is in the following.

The upgrade process just upgrades a small service. And that means that the process will have a minimum level of disruption on the business, and it’ll be easily performed within a planned maintenance window.
Note: You should get the hint that planning is the key to success of this upgrade. Retrieve the password for the VMM service account. Schedule a maintenance window. Understand what optional (such as SQL Server) and mandatory (such as replacing WAIK with the Windows 8 ADK) software and hardware dependencies must be dealt with. Create a checklist and use this to perform the upgrade.

Uninstall the Previous Version of VMM

Normally this takes no more than a few minutes.
(Click here to download the Microsoft System Center 2012 Suite.)

Check the software and hardware dependencies for VMM 2012 SP1. You will need to replace some of the software dependencies on your VMM server. You might choose to do some optional upgrades, such as upgrading SQL Server 2008 R2 to SQL Server 2012. Plan your maintenance window accordingly, as SQL Server installs (the server, service pack, and cumulative update) can take some time. This might be a good time to check your hardware dependencies. For example, System Center Operations Manager reports may indicate that you should increase the Maximum RAM or number of virtual CPUs in a VMM virtual machine.

Start and continue the install of VMM 2012 SP1 as if it was a new installation, with three exceptions: 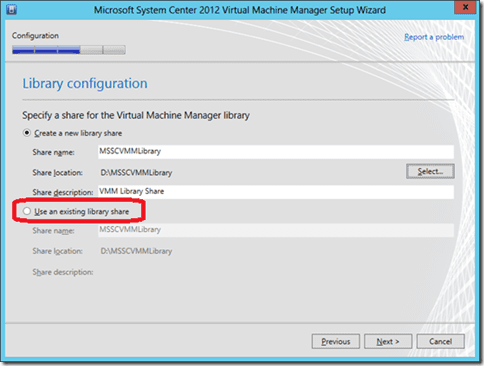 This process should take no more than five to ten minutes.

Any managed hosts/clusters will reappear in their host groups in VMM, thanks to the reuse of the VMM database. The hosts should have a warning status that indicates that the VMM agents require an upgrade. Perform this upgrade (no host reboots are required) and your VMM upgrade is complete.