Understanding Microsoft Defender and its Many Layers 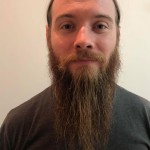 At Ignite 2020, Microsoft went all-in on the Defender branding.  Advanced Threat Protection was gone, and Microsoft Defender was introduced to unify the security offerings across both areas of the Microsoft cloud for IT pros: Microsoft 365 and Azure.

The Defender brand has existed since 2005, first seen in anti-spyware software for Windows XP and Vista called Windows Defender.  Defender, over fifteen years later, is wildly more comprehensive and diverse in its scope.  The difference between Defender then and now reflects the changes we’ve seen in Microsoft as a whole over that same time: security isn’t perceived as an afterthought, there is no dogmatic exclusivity to one platform, and it’s all cloud-first.

So, branding aside, what is Microsoft Defender, and why am I seeing so many different (but similar) names for it?  Be warned: this is going to get three-letter acronym heavy.

Microsoft Defender is an extended detection and response (XDR) offering – a security solution that extends beyond one silo, ultimately attempting to cover security at all levels of the IT infrastructure.  For example, both on-premises and cloud based; both mailboxes and endpoints; both IaaS and SaaS.

What does this mean practically?

What makes up each of these stacks?

Prior to Ignite 2020, Microsoft 365 Defender was called Microsoft Threat Protection, and is comprised of four services.

Think of Microsoft 365 Defender as the suite for protecting your users, their productivity tools, their identities, and their SaaS access.  It includes conventional protections such as email hygiene and device antimalware, but also cutting-edge cloud-based protections such as protecting your SaaS apps with reverse proxies (MCAS).  You can use it’s individual elements separately, but the real value comes when you license and use them all together.

Think of Azure Defender as the suite for protecting your cloud servers, containers, databases, and network.  It is a vast family of different infrastructure security tools, some which even support on-premises operations.

Lastly, you may know of Azure Sentinel, another big service in Microsoft’s security offerings, and wonder where it fits into the picture.  Sentinel does not sit as part of Microsoft Defender, but rather as a security, information, and event management (SIEM) solution that Microsoft Defender and third-party software can feed data to for an overall picture of your environment.