What? “What is he talking about?” you may be asking at this point.
Unless you’re a Hebrew speaker, you may not know this, but in Hebrew these signs (points, neqqudot) indicate voweling or some other aspects of the pronunciation of a letter or word. Although in modern Israeli orthography niqqud is seldom used, many specialized texts such as dictionaries, poetry, or texts for children (or for new immigrants) still use this system. Today I’m going to walk you through the steps of how to type Hebrew vowels (niqqud) in Windows 8 and how to make the “Hebrew” layout your default.

Using the standard Hebrew keyboard layout, the typist can enter niqqud by pressing caps lock and shift, typing along as you would normally, and then using one of the keys in the chart below for each niqqud sign you need to use:

(Source: Wikipedia)
As described in another article on the site, Install and use Hebrew fonts on Windows 8, Hebrew language fonts can be installed in a very easy manner in Windows 8. Much easier, in fact, than in previous operating systems. However, with Windows 8 came a bit of a problem.

That was all well and good, except for one little issue: Microsoft changed the Hebrew keyboard layout in Windows 8, so that typing Hebrew niqqud no longer works the same way it used to work for more than 13 years. In Windows 8, using this method does not insert the vowel points, but instead inserts regular characters, such as exclamation points, hash marks, etc.
For many Hebrew-speaking and -writing people, this shift in the keyboard layout may cause lack of functionality and loss of ability to use the niqqud system as they used to in the past years – and in more than four Microsoft operating systems.
Making this change without notifying Hebrew-speaking users was one change I didn’t like. I started investigating and asked some Microsoft guys what was the cause for this change. One of them, Michael Kaplan, actually used my question in a post on his blog. He concluded his excellent post with: “To be honest, as I look at the keyboard now, I wonder if the .KLC file we were given truly represents the official, final version — it seems to have several defects in it.” and “Yet I still can’t help feeling like we all fell just a little short here.”
Well then, having said that, in the next portion, I’ll show you how to get the old functionality back.
By the way, if you feel you want to either blame of congratulate someone for this change, you can look for Amir Aharoni on the web. It looks like he’s the person that initiated this change:
“I initiated the revision of this standard. I did it just as a concerned citizen and a lover of my language: Typing niqqud using Caps Lock was kinda possible, but it was very hard in practice. It took a very long time to write a standard that would have all the needed characters, and that would be backwards-compatible. Backwards compatibility was a requirement from the very start. I’m not sure that this implementation is what the committee intended and I’ll have to take a close look at the details. I can only hope that it’s still possible to change something…”

Making the “Hebrew” Layout the Default

I strongly suggest that you make the “Hebrew” layout the default. To “fix” this issue, please follow these steps: 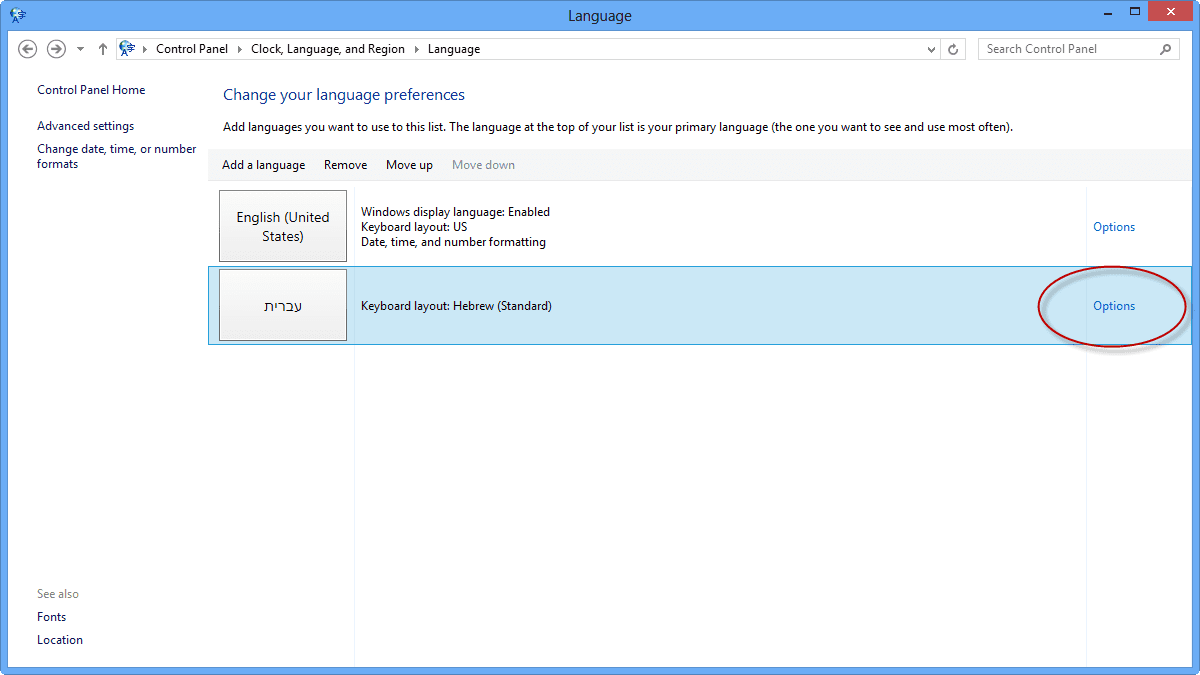 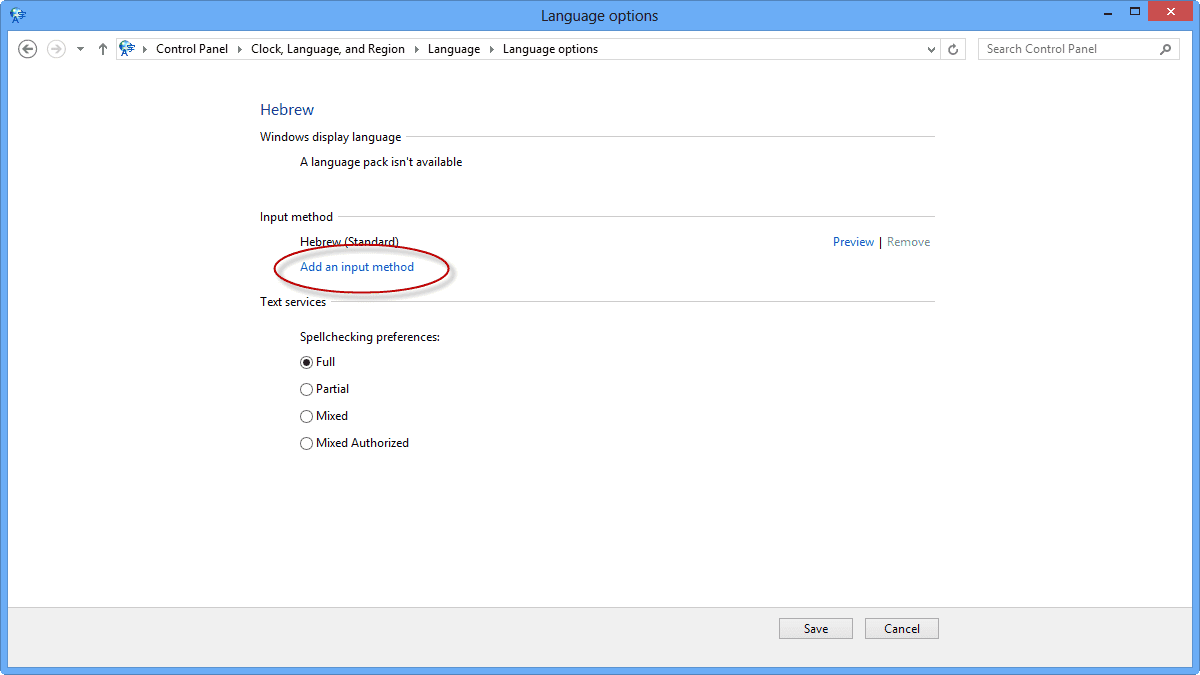 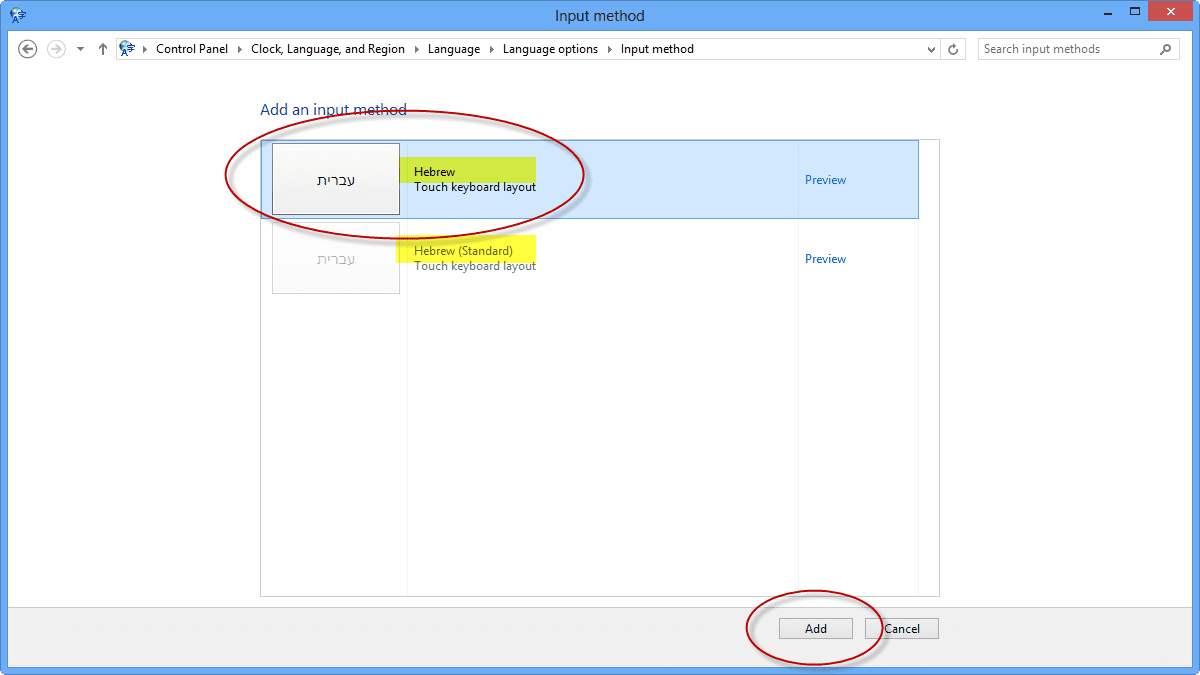 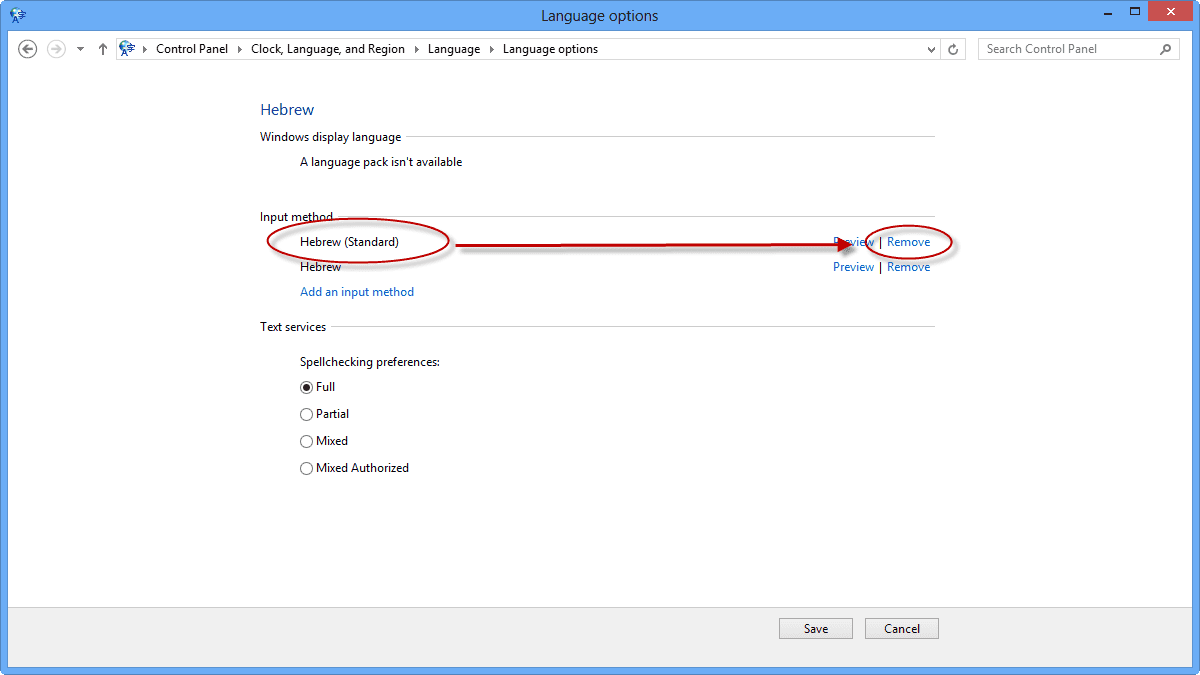 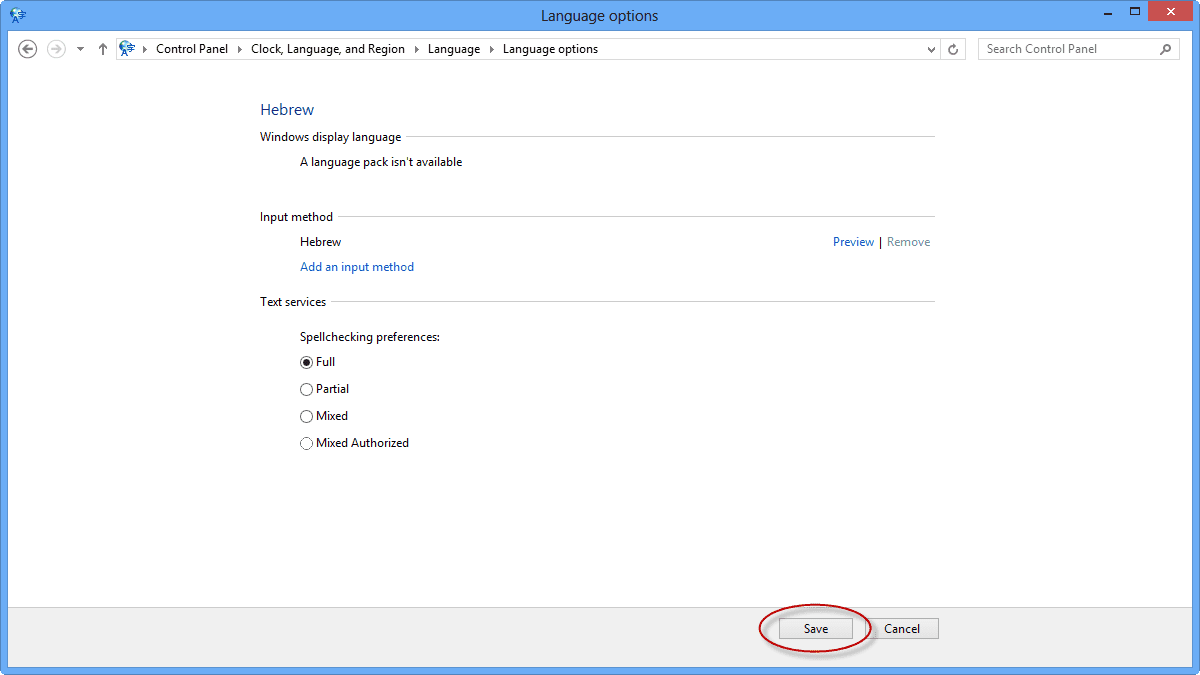 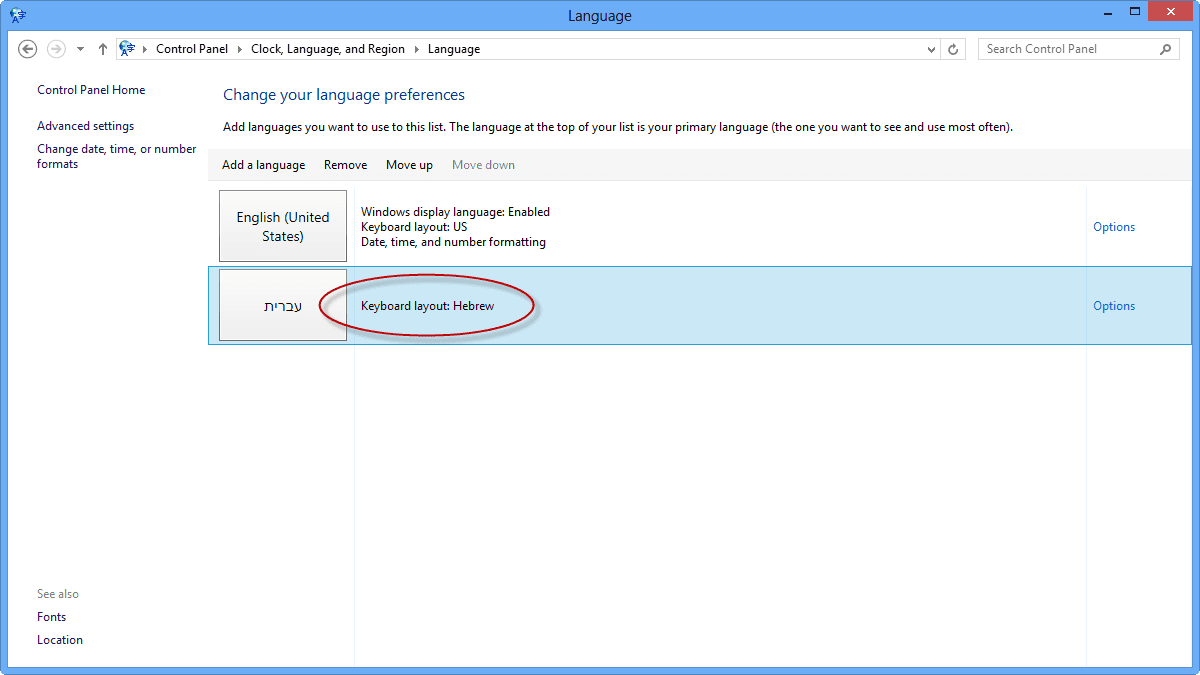 So, if you’re a Hebrew language user, I strongly suggest that you make the “Hebrew” layout the default layout when adding Hebrew to the language preferences. Lacking to do so will undoubtedly confuse Hebrew users who will need to manually add the other layout later.