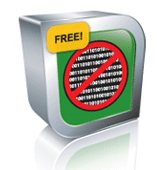 I’ve already written a fair amount about Windows 8 and my experiences with Microsoft’s latest client OS, and have presented some reasons why you should and shouldn’t deploy it. Of all the various editions of Windows 8, the one that admins should be most concerned about is Windows 8 Enterprise, the volume-licensed version of Windows 8 that most organizations with more than five PCs will likely deploy. If you want to deploy Windows 8 Enterprise, you’ll also need to be a Microsoft Software Assurance (SA) customer.

So what does Windows 8 Enterprise offer that other versions of Windows 8 lack? Let’s take a look.

image: Microsoft Initially introduced in Windows 7 and Windows Server 2008 R2, AppLocker is a program feature that leverages Group Policy to allow administrators to control what applications a user can install and use. For example, you could use AppLocker to restrict users from installing software they don’t have a license for, or for software that is outdated or not allowed for any number of auditing, compliance, security, or corporate HR policy reasons. AppLocker has been updated with some new features for Windows 8, particularly support for managing applications available in the Windows App Store.

Two features aimed at improving network performance for branch office and remote users, DirectAccess and BranchCache made their debut with the release of Windows 7 and Windows Server 2008 R2. While they’re effectively two separate features, they work so well together that any admin would be wise to learn the best ways to use them both. DirectAccess focuses on improving the virtual private network (VPN) experience for remote users, primarily by making initiating a VPN connection (which normally requires a user to manually connect to a VPN after connecting to the Internet) an automatic process once an Internet connection is established. DirectAccess also allows admins to manage remote PCs (even when they’re not connected to the corporate network via VPN) when they themselves are working remotely. BranchCache is a feature designed primarily to improve performance for users on a wide area network (WAN). For example, BranchCache will store commonly used files at remote office locations, reducing the amount of time (and bandwidth) users need to access them when compared to constantly accessing files from a central office location.

If you’re using any Network Attached Storage (NAS) devices that are based on a non-Windows OS — such as NFS servers based on Linux, UNIX, FreeNAS, et al — you’ll be happy to hear that Services for NFS in Windows 8 Enterprise will support them. Services for NFS has traditionally been very useful to admins in mixed-OS environments, and it can be especially helpful when migrating from an older OSes to newer ones. As a quick aside, here’s one extremely useful Microsoft resource related to NFS: A list of free command-line tools that admins can use to manage NFS services. 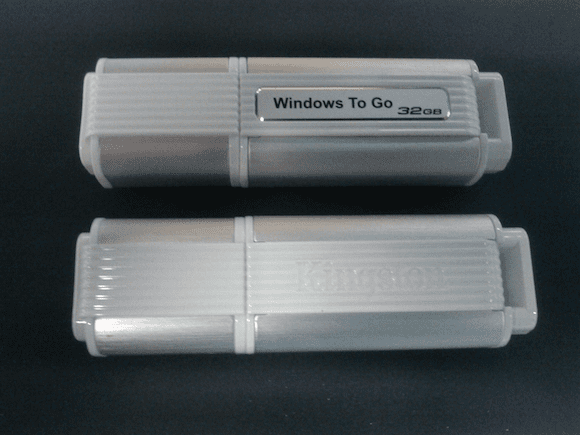 image: Microsoft Petri IT Knowledgebase contributor Peter De Tender has covered quite a bit about Windows To Go, which is arguably one of the top features of Windows 8 Enterprise. In essence, Windows To Go allows you to create a self-contained, bootable Windows 8 environment entirely on a USB memory stick, which you can then plug into a compatible PC (that meets the Windows To Go system requirements) and operate just as if you were on a traditional Windows 8 client PC. There are some caveats, however: You can only create one using Windows 8 Enterprise, you’ll need an approved “Windows to Go certified” USB drive, and the finished Windows To Go USB drive won’t work on devices running Windows RT or Mac OS.

If you’re using Microsoft’s VDI solutions, Windows 8 Enterprise promises to provide an improved user (and sysadmin) experience. Microsoft RemoteFC has been enhanced to support the use of 3D graphics processors on the server side, which can improve the quality and fidelity of graphically intensive applications on the client end of VDI session. Support for touch-enabled devices across LAN/WAN connections has been added, as well as support for USB-connected peripherals on the client side. While VDI still remains a somewhat limited choice for many IT departments, enhancements like these should help spur VDI adoption for organizations that are considering it. And now the bad news: While I’ve mentioned many of the IT-friendly features of Windows 8 Enterprise, one that will surely give several sysadmins headaches is the lack of DVD playback support in Windows 8 Enterprise. Owners of Windows 8 Pro can’t upgrade to the Windows 8 Media center pack that would allow DVD playback, so if your organization requires PCs to support DVD playback — and I’m assuming that’s including about 95 percent of the people reading this — you’ll want to look at an alternative solution such as the free and open-source VLC media player.

Have you already deployed Windows 8 Enterprise in your IT environment? Drop me an email an email with your thoughts.