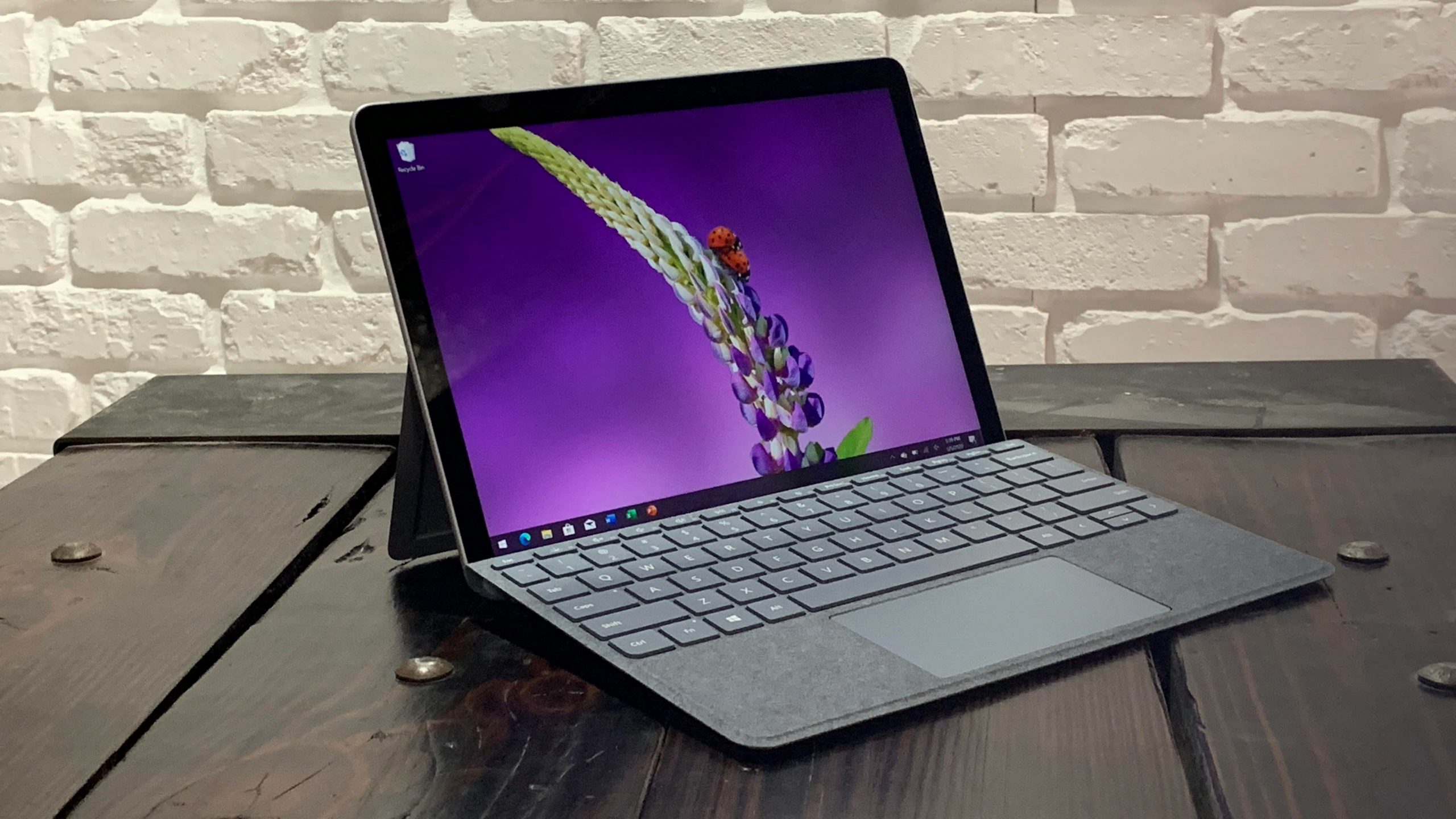 There are a lot of ways you can look at the Surface Go. Is it a consumer device, a firstline worker piece of hardware, both or neither? For this review, I’m focusing more on the firstline worker scenario. While there are certainly consumers who can and should buy this PC, the workplace and specifically, the firstline worker, is a targeted scenario for this device and that’s where I will put the focus.

So what is a firstline worker? Microsoft looks at this person as typically someone on the frontlines of the workforce. While you may first think of someone in retail, it’s also doctors, nurses, mechanics, technicians, and the list goes on and on.

In addition, these users also frequently share hardware, are on the move most of the day, and have very specific needs. And those needs are usually interacting with an interface for inputting data: sales, health information, product count, etc.

And when you frame up the Go for this type of scenario, it’s a good piece of hardware. With the same footprint as the previous generation but with a larger screen, data entry using a Surface pen is easy and it’s a lightweight device to carry all day. And that larger screen, image down below, really does make the device look more modern; not as modern as the Pro X but it’s a good improvement.

The CPUs in the device range from a paltry Pentium Gold 4425Y to a more respectable m3-8100Y. While the Pentium Gold helps keep the price down, with an entry figure starting at $399, do not buy that SKU. For business customers, the lowest end option you should consider is the Core M3 with 4GB of RAM and 64GB of storage for $499, or the optimal configuration of 8GB of RAM/128GB of storage for $679.99.

If you are only inputting data into an ERP system, you may be able to get away with the lower amounts of RAM but that will be scenario-specific. If the app is running a browser, 4GB is likely good enough for very light data work but if you need to run the app locally and plan to have other apps running, like Teams, get the 8GB of RAM option.

And the downside to the Go is that there is a hidden tax. If you don’t have a keyboard cover, you need to add at least another $99 to the price point which puts you at about $599 out the door. If you have an older Go, you can use the keyboard from that device with the new version. One difference with the Go 2 release, when compared to the Go launch, is that LTE is available on day one; if this is a requirement, add $100 to the SKU.

The version that I have been using for more than a week is the M3/8GB model and in my time with the hardware, it works incredibly well. The build quality is quite good, the performance for firstline tasks is good enough, and battery life is fair but not excellent. I am getting around 6.5hrs or so with the device with mixed usage of email, Teams, and web browsing.

I’m not a huge fan of synthetic benchmarking as it’s not a great way of showing real-world performance. That being said, you can’t fully ignore it and the Go 2 returns a score of 843 for single-core performance and 1613 for multi-core performance with Geekbench 5 and a score of 2563 for PCMark. For 3DMark fans, it’s 3698 which means that you can enjoy playing solitaire and minesweeper, but that’s it.

As with the first generation Go, text input with the Type cover works but it’s cramped and not something I would want to do for several hours a day. As a secondary means, or something easier to use than typing on my phone, the Go 2 works well, but if you are planning to write a 1000 word report, the Go 2 keyboard is not well-suited for that task. Considering the footprint of the Go 2, this isn’t a huge negative but it’s the tradeoff you make when choosing a device that is of this size.

One notable, but minor difference, with the Go 2/Type cover, is that there is now a magnet below the trackpad on both the cover and the top of the Go 2. What this does is hold the cover closed when carrying the device; it’s a small update but makes using the Go 2 just a little bit better than that original Go.

One of the key benefits of the Go 2 is that you can take it with you and hardly notice that it’s in your bag. The device weighs 1.2lbs/544grams and the small footprint makes it easy to grab and well, go.

One thing to consider, while the hardware is well built and has a sturdy metal exterior, it’s not a rugged PC. Meaning drops and bashing it into things while moving about will seriously damage the hardware. It can withstand the daily grind and occasional bump but keep this in mind when you think about how you are going to deploy the hardware.

Like the rest of the Surface lineup, Windows Hello is enabled for the front-facing camera. This means logging into Windows 10 securely is easy and without a password; which is quite handy when you need your hands to be doing anything else besides typing in a password.

Keep in mind that the consumer version ships with Windows 10 S, if you are looking to issue Surface Go 2 devices in your organization, you will need the commercial option. This will add about $50 to the price for the higher-end version of Windows your organization will need but going the commercial route does give you access to the $499 Core M3 version that is not offered to consumers.

For firstline workers, education/students, and scenarios where you need a small portable Windows PC in the workplace, the Go 2 fits that market. I don’t personally think this should be an everyday machine for knowledge workers, there are other devices that fit that model, the Go 2 is entry-level and it’s capabilities fit that scenario.

The only real consideration you need to think about when trying to decide of the Go 2 is right for your environment is if the performance of the M3 chip will be enough for your users. If the answer is yes, then you will be quite happy with this machine, if you are even close to thinking the M3 might not be enough, I’d look at a low-end Pro 7 with an i3 that will net a considerable jump in performance for about a $150 price difference.

And that’s the biggest downfall with the Go 2, the optimal configuration puts you into the range of other machines that offer a more traditional design with more power to run the OS. But those devices are larger and do not offer the portability of the Go 2.

What it comes down to is if you need something portable with entry-level performance to hand out to firstline works, the Go 2 fits that segment. While we would all love more processing power, a bigger battery, and a lower price, that’s not a reality with the Go 2 and as long as you are comfortable with the tradeoffs, the Go 2 is a solid choice.