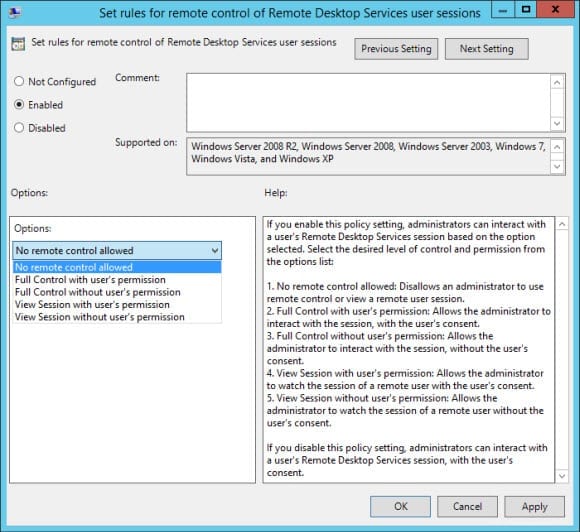 How can I use shadowing during a Remote Desktop session in WS2012 R2?

You can shadow a Remote Desktop session either by specifying the /shadow switch from the mstsc command like, or from Server Manager.

In the Shadow dialog box you can choose to connect with View or Control permission and decide whether the user needs to give their consent. Alternatively, you can use the following command line to shadow a session:

The /control and /noConsentPrompt switches are optional and correspond to the settings available in the Shadow GUI dialog seen in Server Manager.