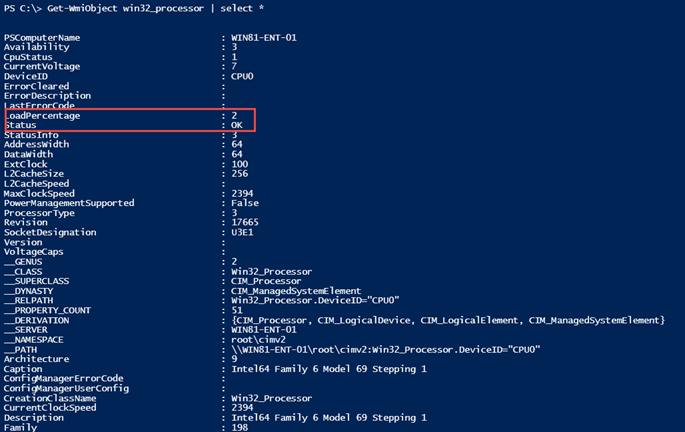 Today’s PowerShell Problem Solver comes from a post I read in a forum. The original question involved the best way to get the average processor utilization for a remote server, as well as the top five processes using the most CPU. There’s a lot to work with here, and it might take more than one article, but let’s break this down and use the scenario as a learning exercise. Along the way you might even end up with a useful PowerShell tool that you can use.

The easiest way to get processor load information with WMI and the Win32_Processor class.

Bear in mind that when measuring something, the mere act of observing can affect the results. I’ve always assumed this meant the best way to measure is from a distance. With that in mind, let’s go back to workflow and take advantage of its parallel processing capabilities.